Triumph Tiger Sport 660 has now been launched and the users are curious to learn more about it. Here is all we know about this latest bike from triumph. 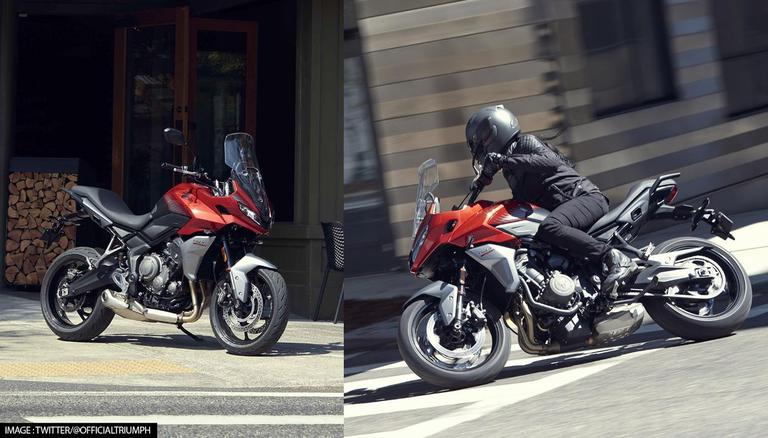 
Triumph has been on the top of its game to expand its bike roster for the Indian markets. Recent updates from the UK-owned motorcycle manufacturer confirms the release of Triumph  Tiger Sport 660 for the Indian markets and the users are certainly loving it. Because of this announcement, these automobile enthusiasts have been trying o find more details about the bike’s features, specifications and pricing. Hee is all the information available on the internet about Triumph Tiger Sport 660.

The new first choice, with class-leading triple power, specification and technology, plus the lowest cost of ownership in the category.

Triumph usually makes sport-tourers when it comes to their Tiger bike series, but it seems like this version of the bike isn't an off-road-focused motorcycle like the Tiger 900. It can be picked up by the change in its design mostly because of the plenty of fairing and bodywork for better aerodynamics. But it has also been loaded with touring features like a traction control system for the added safety when riding in tricky road conditions. It also has a total of 2 riding modes, including Road and Rain.

The Rain mode helps the users ride on slippery wet roads by reducing down the throttle response. The bike is powered by a 660cc engine that can deliver 81PS, and 64Nm torque TIt will have a bigger, 17.2-litre tank with a fuel economy of 4.5l/100km. It will also be loaded with a Triumph connectivity module for controlling a phone, a helmet communication device and a GoPro action camera. All of these features certainly make bike riding more accessible for riders and day-to-day users.

Triumph is yet to reveal the pricing of Tiger Sport 660, but the industry experts have said that the Tiger Sport 660 would be priced at around Rs 8 lakh (ex-showroom). With a price tag like this, the upcoming bike is supposed to compete against bikes like Kawasaki Versys 650, Honda CB500X and many more. All of the details about the bike’s exact pricing and availability is supposed to release soon. Till then, you can keep an eye out for any updates on Triumph’s official social media handles.

READ | House set to vote on virus relief, Biden on cusp of triumph