'In About A Month..': Tesla To Hold AI Day For Talent Recruitment, Showcase Tech Progress

"Will go over progress with Tesla AI software & hardware, both training & inference. The purpose is recruiting," Tesla CEO Elon Musk tweeted on June 21. 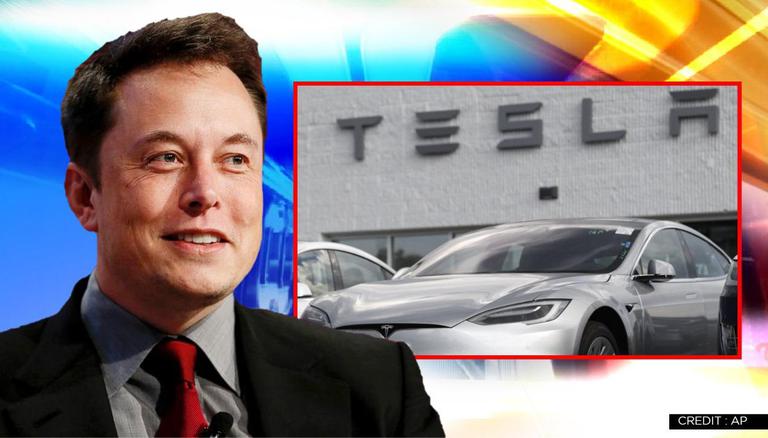 
Tesla Inc CEO on Monday announced that his electric car manufacturing company will hold an artificial intelligence (AI) Day to boost recruitment “in about a month”, where he will also showcase the progress in AI software and hardware. "Looking at holding Tesla AI Day in about a month or so. Will go over progress with Tesla AI software & hardware, both training & inference. The purpose is recruiting," Musk tweeted on June 21. His announcement comes just a few months after he had announced that he was "highly confident” that Tesla will be able to “drive itself with reliability in excess of human this year [2021]”. Musk had also been conducting a trial of Tesla’s Full Self Driving ability with selective beta-testing Tesla owners.

Tesla announced that it will launch the enhanced Autopilot, replacing the basic version of FSD that had previously lacked the Traffic Light and Stop Sign Control and the ability to steer Tesla on city streets. The electric car manufacturer stated that it had started working on the next major installment, the Beta V9.0 for Tesla's Full Self-Driving (FSD) which be rolled out in North America, although the time frame of the launch has not been consistent.

After Musk’s claims that Tesla will be able to achieve level 5 full self-driving by the end of the year 2021, the leaked emails between the Silicon Valley-based firm and the California Department of Motor Vehicles revealed that the car’s autosteer capability on the streets was at Level 2, currently. Level 2 implies that while the motorcade will self-drive, taking over the vehicle’s steering and acceleration, the driver still must be ready to take the wheel. Tesla had also claimed on its website that the car is self-driven but not “fully autonomous” or has the Level 5 abilities where the cars drive themselves anywhere without any human supervision, as opposed to what Musk had said.

READ | Elon Musk responds to his University of Pennsylvania homework; here's what he said

In his recent tweet, the tech billionaire and SpaceX CEO stated that he would unveil the progress of the Tesla AI software and hardware, and both training and inference. This month, Tesla ditched the radar sensors for its self-driving tech, in favour of just cameras which had sparked concerns for the Insurance Institute for Highway Safety, according to several reports. The agency argued that this would have downgraded the driver's safety for both Model 3 and Model Y as the discontinuation of the use of radar systems would mean no autonomous emergency braking or lane departure warnings.

Tesla CEO Elon Musk said on Twitter earlier that the company’s next software release of the Full Self-Driving Beta will be based on “pure vision” or AI approach. At the  Q1 2021 Earnings Call, Musk had stated, “I think with the elimination of radar, we’re finally getting rid of one of the last crutches. Radar was really — it was making up for some of the shortfalls of vision, but this is not good. You actually just need vision to work.”