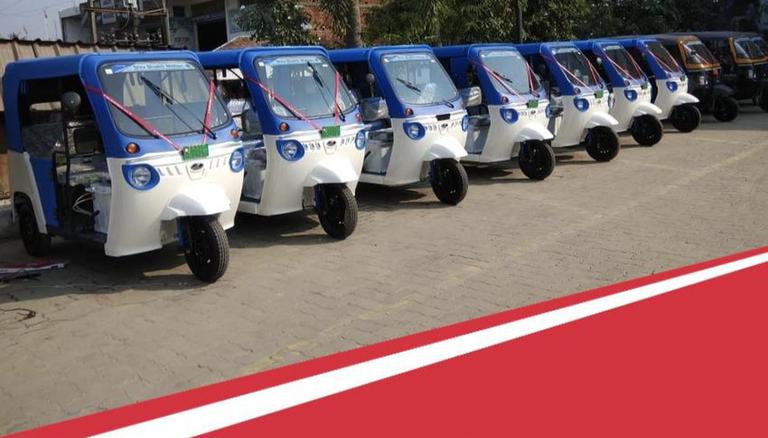 The prices include post-FAME-II, state and early-bird subsidies, according to the company.

Mahindra Treo commanding a 67 per cent market share in the electric three-wheeler space, the company said.

According to Mahindra, it has sold more than the 13,000 electric three-wheelers sold since the launch.

"With the launch of Mahindra Treo today (in the state), I am certain that we will help transform Maharashtra's last-mile commute to a noise- and pollution-free ride," said Mahindra Electric Mobility Ltd CEO Suman Mishra.

India's No. 1 #electric auto #Mahindra Treo is now in Maharashtra. Thank you @Subhash_Desai Dr. Avinash Dhakne @MaharashtraRTO for attending the launch of Treo auto as the Chief Guest and Guest of Honour. It was a privilege to have you amongst us.@sumanmishra_1 pic.twitter.com/hI2Caj3eg0

The Maharashtra government had in early July announced its new electric vehicle (EV) policy with an aim to have a 10 per cent share of the electric vehicles in total registrations by 2025.

Under the policy, the buyers purchasing the EVs before December 31, 2021, shall be eligible for an 'early-bird discount' of Rs 5,000 per kilowatt-hour (kWh) on the vehicle's battery capacity.

This discount will be provided over and above the demand incentives. The maximum early bird discount availed per vehicle will be capped at Rs 1 lakh.

The state government, under the updated version of the EV policy announced in 2018, also wants to achieve a 25 per cent EV share in public transport in Mumbai, Pune, Nagpur, Aurangabad and Nashik.

The Treo is available with a low down payment scheme of just Rs 41 500 from Mahindra Finance and low interest rate scheme of only 10.8 per cent from State Bank of India, the company said.

It added that a customer can also avail of the attractive exchange bonus of Rs 7,500 on the Mahindra Treo.

Powered by an advanced lithium-ion battery pack, the passenger e-three-wheeler offers savings of Rs 2 lakh in fuel cost in five years as compared to a CNG-run three-wheeler, besides a maintenance cost as low as 50 paise per km, Mahindra Electric Mobility said.

The battery requires zero maintenance and offers more than 1,50,000 km of hassle-free running, it said.

It added that the vehicle can be charged anywhere through a 16A socket using the onboard portable charger.

Trio's useable driving range of 130 km per charge ensures additional trips in a day and thereby more earnings, it said.