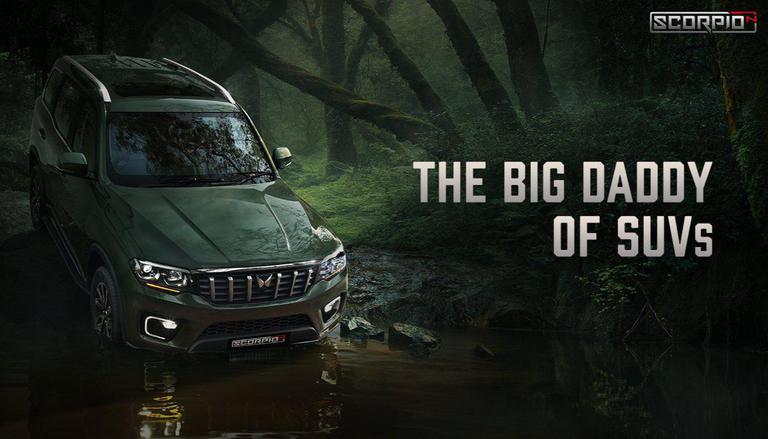 The bookings for the latest SUV will commence from July 30 online as well as at Mahindra dealerships, while the deliveries will begin from the upcoming festive season, the company said.

M&M said it has invested Rs 1,600 crore in the development of the new product, which includes setting up of a world-class highly automated manufacturing line at its Chakan manufacturing facility in Pune.

The vehicle is simultaneously being unveiled in South Africa and Nepal, alongside the India launch. Additionally, Mahindra is committed to introduce the all-new Scorpio-N in Australia and New Zealand, it said.

The all-new Scorpio-N will be competing with other vehicles in the segment such as Tata Safari, Hyundai Creta, Toyota Fortuner, among others.

The all-new Scorpio-N comes in both petrol and diesel engine with a choice of manual and automatic transmissions and offered with a 4x4 option.

Poised to take forward the 'game-changer' legacy of the Scorpio brand, the latest vehicle is designed, engineered and built to disrupt the SUV segment with its class-leading attributes, features and capabilities, to be acknowledged as the '#BigDaddyOfSUVs', the company said.

Mahindra refers to Scorpio-N as 'BigDaddy'.

The company said the new SUV is "truly" a global product, which has been designed at Pininfarina, Italy and Mahindra India Design Studio (MIDS), Mumbai and engineered by the teams at Mahindra Research Valley (MRV) near Chennai and Mahindra North American Technical Centre (MNATC) in USA.

"The all-new Scorpio-N has been designed, engineered and built to be a game-changer. It disrupts existing product category hierarchies and will be a force to reckon with across multiple SUV segments. It is a global product, being unveiled simultaneously in South Africa and Nepal, alongside the India launch, and will be followed by launches in other international markets in the near future," Veejay Nakra, President - Automotive Division, M&M Ltd, said.

The safety features of the all-new Scorpio-N include six airbags, a collapsible steering column and a driver drowsiness detection system, among others, the company said.

"We started the development of the all-new Scorpio-N on a clean slate with no carry over from the existing Scorpio, which gave us the opportunity to not just raise existing benchmarks but set new category standards.

"The vehicle's third-generation body-on-frame platform has been engineered to ensure every drive is safe, comfortable and exciting, while delivering authentic SUV attributes. Combined with AdrenoX intelligence, the All-New Scorpio-N is an intuitive, immersive and enjoyable SUV to drive and own," R Velusamy, President - Automotive Technology and Product Development at M&M Ltd, said.