Maruti Suzuki India is gearing up to bolster its presence in the fast-growing SUV segment and has commenced development work on new models. 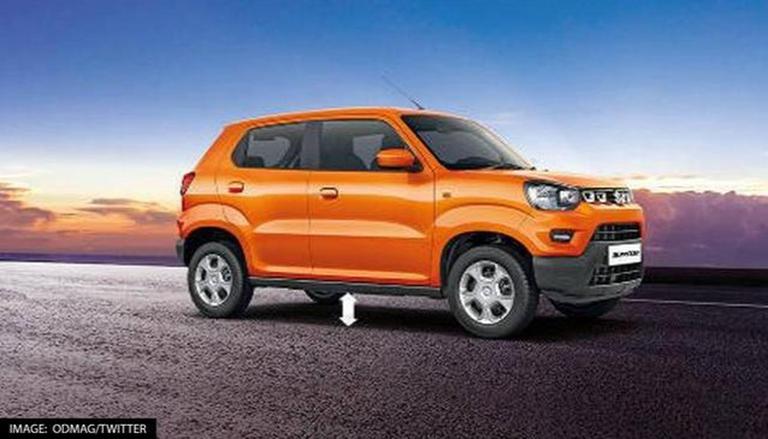 
The country's largest carmaker Maruti Suzuki India is gearing up to bolster its presence in the fast-growing SUV segment and has commenced development work on new models to expand its current range, a top company official said on Wednesday.

The company, which already has around 66 per cent market share in the hatchback segment and about 50 per cent in the overall domestic passenger vehicle segment, currently sells Vitara Brezza and S-Cross in the SUV segment.

In an interaction with PTI, MSI Managing Director and CEO Kenichi Ayukawa acknowledged that there was some lag in launching new products due to the pandemic but the company is now on track regarding new model launches.

"We already have some models like Vitara Brezza and S-Presso in the compact segment. Of course, our portfolio is behind some other OEMs (original equipment manufacturers).

"We are planning and have already started developing some models to launch in the market. Our timing has been impacted due to the pandemic but now we are in the process of launching new products (SUVs)," he stated.

Ayukawa noted that the company is "a little bit behind in product development and sooner or later, we will cover that".

When asked if the new SUVs will be a collaborative effort under the Suzuki-Toyota partnership, Ayukawa noted, "Toyota and Suzuki collaboration is a different story. Of course, through that, we can get a model in the future. But, at the same time, we ourselves are developing a new type of vehicles."

He stated that the focus of the company will primarily remain on introducing products with environmentally-friendly petrol and CNG powertrains and it is not really "concerned about the diesel" options at the moment.

Electric vehicles could also be an option going ahead, Ayukawa stated while confirming the launch of its first EV model before 2025.

On the business outlook for the rest of the fiscal, he said the situation has started improving but challenges still remain with chip shortage continuing.

In September, the company lost about 60 per cent of its production, while in October, it was comparatively better, Ayukawa said.

"Even in November, we are losing 15 per cent or something. The situation has begun improving but is still challenging. This is the area of our business partner, unfortunately, pandemic happened...and we lost production opportunities.

"Situation is improving but globally looking at the situation...industries are facing difficulties. How long it will take to sort out the issue, one year or two years, that condition continues," he added.

He said demand continues to be robust for the company's product with an order book of around 2.5 lakh units.

Ayukawa noted that the company has hiked prices of its vehicle range a couple of times this year due to an increase in commodity prices and it may have to do it again if the manufacturing cost remains high.

When asked if the company would be able to maintain a 50 per cent market share in the passenger vehicle segment going ahead with intensified competition, he said the company always strives to enhance its presence.

"That is the company's purpose and target. As long as we bring in products and good products to the customer, maybe we can keep good results. Unfortunately, the past year, especially this year, we cannot provide our product to the market, that is a big issue for us.

"If we can produce enough volume, we can keep the same share. Customers are there but we cannot provide (due to production issues)," Ayukawa said.

On the outlook on vehicle exports, he noted that the company aims to ship around two lakh units this fiscal to various regions, including Africa and Latin America. "Markets are recovering from the pandemic, that's why demand is going up. That is one reason. Still, I hope the situation will continue for a while," Ayukawa said.