Tata Motors on Sunday revealed the name of its 'most-anticipated' Micro SUV - HBX Micro SUV and also announced the date of its unveiling ceremony. 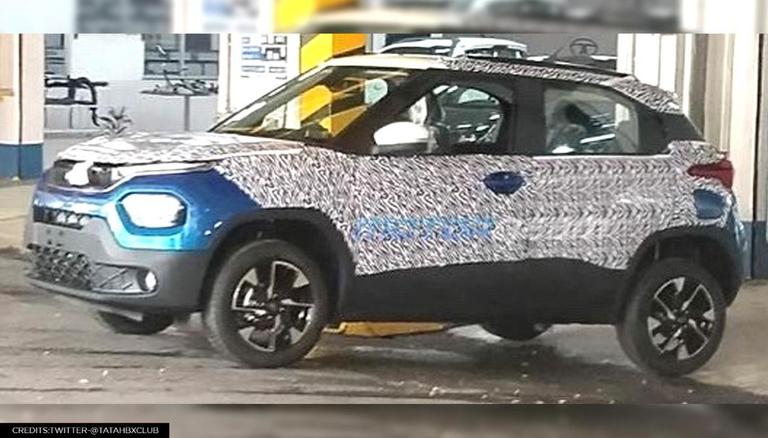 It's Showtime!
The most awaited SUV now has a name.
Stay tuned.#TataMotors #HBX #ComingSoon pic.twitter.com/tI0bZL5ngI

Tata HBX micro SUV is one of the highly-awaited cars of Tata Motors, and it is likely to go on sale in the coming months. Tata Motors has used the HBX moniker for the production version of its micro SUV. The teaser of the Tata HBX Micro SUV shared by Tata Motors shows a short glimpse of the model's up front and rear design. The teaser also says 'I am for everyone', 'I am everything in one', suggesting that Tata Motors has once again kept people's pockets in mind and coming up with a relatively cheaper yet qualitative version of an SUV.

READ | Riding on success in SUVs, Tata Motors launches the XTA+ variants of Harrier and Safari

One day to go for the grand unveil!
The true identity of the much anticipated HBX unravels tomorrow. 😉#TataMotors #HBX #ComingSoon pic.twitter.com/cumYoOUw9O

As Tata Motors is launching the micro SUV, keeping people's pockets in mind, Tata HBX expected price is likely to be between Rs 5 lakh to Rs 9 lakh. Apart from Tata HBX's expected price, one of the features of the micro UV is expected to be powered by a 1.2-litre petrol engine. However, buyers have to wait until August 23, when the car unveils for the confirmed report.

READ | Tata Tigor EV to be unveiled on August 18: Expected price, features and all we know so far

Recently, Tata Motors had announced that the Company would be felicitating Indian athletes who narrowly missed the bronze medal in the recently held Tokyo Olympics. In its official release, Tata Motors said that to thank and recognize these homegrown players for their sheer hard work and dedication, Tata Motors will be delivering its most premium hatch, the Altroz, in the High Street Gold colour, to these players soon.

Tata Motors, President, Passenger Vehicle Business, Shailesh Chandra said, "For India, this Olympics was about a lot more than medals and podium finishes. We are fortunate to celebrate the effort and spirit of our athletes representing our country, competing under the highest pressure against the absolute best talent the world has to offer and coming extremely close to a podium finish."

"They might have missed a medal but they have won the hearts of millions of Indians, with their dedication and are a true inspiration for budding athletes in India. As the leading homegrown automotive brand, we truly understand the spirit of ‘Dare to Dream and Achieve’, as it is a culture that drives us in Tata Motors as well. The Tata Altroz has set new benchmarks in its segment by achieving the Gold standard in Safety, Design, and Performance. It is our privilege to honour the spirit of these path-breakers and present them a small token that signifies the Gold Standard, the Altroz," added Shailesh Chandra.

WE RECOMMEND
Riding on success in SUVs, Tata Motors launches the XTA+ variants of Harrier and Safari
Tata Motors to gift Altroz to Indian athletes who missed out on bronze at Tokyo Olympics
Tata Motors hands over BS-6 compliant engine to KSRTC; Expected to reduce air pollution
Tata Tigor EV to be unveiled on August 18: Expected price, features and all we know so far
Here’s all you need to know about Tata Tigor EV and how to pre-book the electrical vehicle