Tata Punch bookings are now open and the community is curious to learn more about the car's specs. Here is all we know about Tata Motors' smallest SUV. Read on. 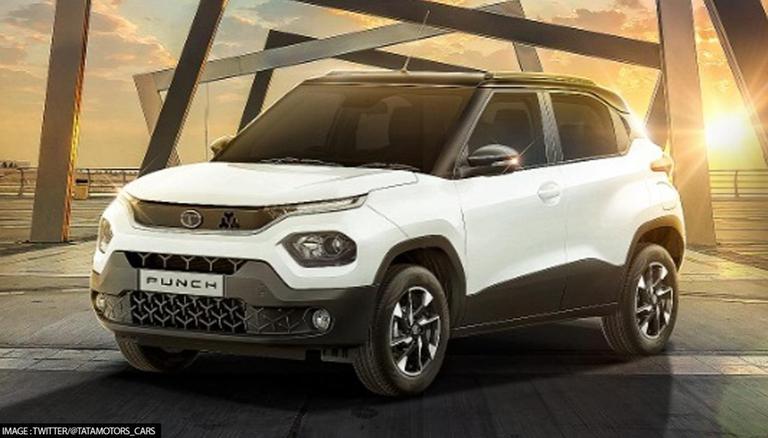 
Tata has been trying its best to dominate the mid-range SUV format with the help of their Nexon. The Indian automobile manufacturers have fully unveiled their Tata Punch SUV to the users just days before its official launch on October 20. Tata has already started taking the bookings for their smallest SUV. Users can head to any of the company’s dealerships and also their official website to make their Tata Punch pre-bookings. Tata has set the booking amount as Rs 20,000 and is supposed to release more information about their latest offering from Tata. Read more.

The moment you have been waiting for is here. India, it's time to #PackAPunch with the All-New TATA PUNCH.😎

Talking about the power of Tata Punch, the engine unit of the car is covered by a total of two 1.2-litre, three-cylinder petrol engine options for Tata Punch micro-SUV. Tata’s engines have the ability to produce around 83hp which could be inspired by the new Tiago or Tigor. Makers have confirmed to bring in the 1.2-litre turbocharged version for the higher variants of Tata Punch. After looking at the engine specification, several similarities have been picked up between this engine and the Altroz iTurbo. It will be available in four main trim levels including Pure, Adventure, Accomplished and Creative.

According to the information released by Autocar, Tata Punch’s interiors is supposed to feature a free-standing 7.0-inch touchscreen infotainment system and squarish air-con vents. Tata Punch SUV will have a lot of similar features to the Altroz including the car’s new three-spoke flat-bottom steering wheel, HVAC controls, part-digital instrument cluster with a digital tachometer and analogue speedometer features. Tata Motors will offer transmission options like a 5-speed manual and an AMT gearbox.

Tata Motors is planning to go head-to-head against a wide range of cars available in the market including Maruti Suzuki Ignis, Nissan Magnite, Renault Kiger and Hyundai Casper. Tata has confirmed to launch the new mid-ranged SUV, Tata Punch on October 20. Details about the car's pricing and availability are supposed to be announced during this scheduled launch event. But, the industry experts suggest that the base variation of the car could start below Rs. 5 lakh.