'Amul Shown Itself To Be A Bully, Unable To Appreciate concern For Animals': PETA India 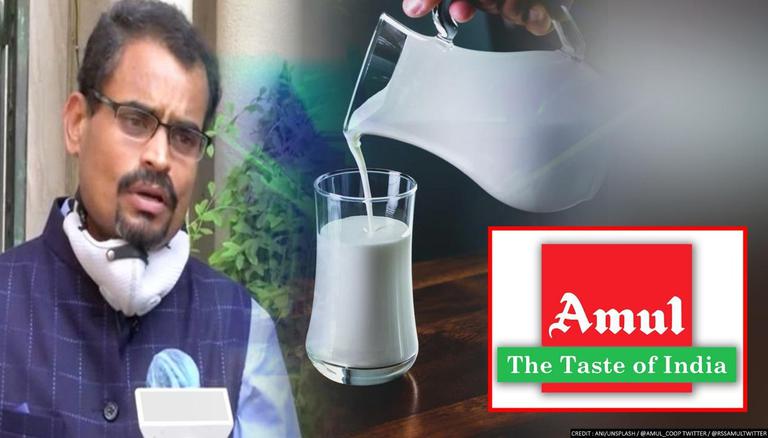 
The faceoff between the People for the Ethical Treatment of Animals (PETA India) and Indian dairy major Amul intensified on Tuesday after Amul vice-chairman Valamji Humbal urged PM Modi to ban PETA India and said that it was attempting to ruin the livelihood of people. Humbal also said that PETA's actions tarnish the image of the Indian Dairy Sector. Now, PETA India in an exclusive statement to Republic World has hit back at Amul and called the Indian Dairy Company a 'bully' who cannot appreciate the public's concern for animals. PETA India's CEO Dr Manilal Valliyate has also termed the rise of veganism as unstoppable.

On May 28, PETA asked Amul to make a decision to switch to producing vegan milk. In a letter to Amul Managing Director R S Sodhi, PETA said the dairy cooperative society should seek to benefit from the booming vegan food and milk market. Following this, Amul slammed PETA and said the NGO was attempting to ruin the livelihood of people.

Amul has shown itself to be a bully says Dr. Manilal Valliyate CEO of PETA India

As soon as the Amul vice-chairman Valamji Humbal urged PM Modi to ban PETA, Dr. Manilal Valliyate, PETA India CEO and Veterinarian, in his official statement slammed Amul and called it a bully who cannot appreciate the public's concern for animals adding that it cannot change its business model despite changing consumers trends. PETA India CEO Dr. Manilal Valliyate also added that vegan eating is taking the world by storm as people do not support animal cruelties.

"Amul has shown itself to be a bully, unable to appreciate the public’s concern for animals, and a business that apparently cannot change despite changing consumer trends. But no amount of bullying is going to change the fact: vegan eating is taking the world by storm. Consumers are opting for plant milks and other vegan foods because they do not support cruelties like male calves routinely being abandoned or killed since they cannot produce milk, want to experience better health, and are concerned about dairy’s contribution to greenhouse gas, water wastage and other environmental concerns. Other meat and dairy businesses know that vegans mean good business for them and farmers, and are investing in and creating vegan foods. India is a nation of animal lovers, and now we can be a world leader in compassionate vegan foods too," says Dr. Manilal Valliyate, CEO of PETA India, in an official statement.

While replying to PETA's tweet urging Amul to switch to vegan milk, Ashwini Mahajan, national co-convener of Swadeshi Jagran Manch said that these designs might kill the only source of livelihood of dairy farmers.  “Don't you know dairy farmers are mostly landless. Your designs may kill their only source of livelihood. Mind it milk is in our faith, our traditions, our taste, our food habits an easy and always available source of nutrition, Mahajan said.

READ | Vegan Milk vs Cow milk: Which is better and should Amul & India 'switch' as PETA claims?

Mahajan further said that food is people's personal choice whether they want to be a vegan or continue with their traditional milk products. He also said that PETA should stop beef eaters first. "It’s the choice of people about food, whether they want vegan or their traditional milk products. PETA should first go to beef eaters and stop them, instead of impacting our food habits and attacking on the livelihood of 50 crore people dependent on dairy; and the whole of the population for protein," he said.