Byju's has reported a loss of Rs 4588 crore last fiscal on revenues of Rs 2428 crore. This year it has reported a 4-fold revenue rise but no profit/loss yet 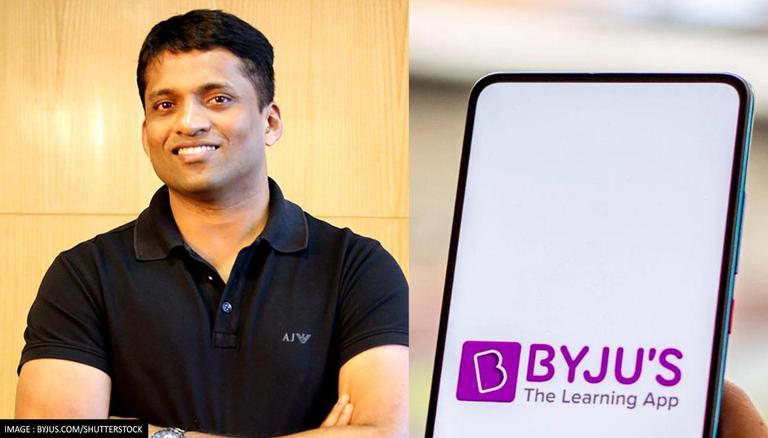 
The $22 billion valuation for Byju's had raised many eyebrows in India's business fraternity, and this is now especially glaring considering the Edtech giant has reported staggering losses of Rs 4,588 crores for the fiscal year ended March 31, 2021. The loss reported in the last fiscal is 19 times more than the loss reported in the preceding fiscal (2019-20).

In its latest round of funding in March 2022, the company raised $800 million (about Rs 6,000 crore), with founder and CEO Byju Raveendran contributing half of it. The rest of the funding was contributed by Sumeru Ventures, Vitruvian Partners, and BlackRock. Following this fund raise, the company's valuation rose from $18 billion earlier to $22 billion.

$22 billion valuation after Rs 4588 crore loss? And what about this year?

As per PTI, Byju's released its reports for the fiscal ending March 31, 2022, after months of delay but reported that its revenues soared four-fold to Rs 10,000 crores. However, no profit/loss result was announced. In comparison, Byju's reported revenues of Rs 2,428 crores on March 31, 2021, and a loss of Rs 4.588 crores. The company said that the reason for its losses last year were mainly on account of deferment of some revenue and losses incurred from WhiteHat Jr. Meanwhile, the company reported a revenue of Rs, 2,511 crores on March 31, 2020 at a loss of Rs 231.69 crores.

While speaking to PTI after the recent results reporting Rs 4588 cr loss last fiscal, Byju Raveendran said that the revenues were impacted because of revenue recognition changes. These include recognition of streaming revenue over the period of consumption and credit sales, and EMI sales getting recognised after complete collection.

"These two are significant changes which have pushed out or deferred revenues of almost more than 40 per cent," explained Raveendran. "When you take a look at the financials, you will see there is no growth from FY20 to FY21. Plus, there have been acquisitions which were fast-growing but loss-making acquisitions like WhiteHat Jr, because losses have increased from almost a break-even to Rs 4,500 crores in FY21."

Additionally, it is pertinent to note that the company's April-July 2022 period revenue was Rs 4,530 crores, which was higher than its full year revenue for FY21. While explaining the same, Raveendran added, "We have shown accelerated growth from FY21 to FY22. Core Business grew 150 per cent on account of additional acquisitions. We closed the year at Rs 10,000 crore of gross revenue in FY22."

In the same conversation with PTI, Byju Raveendran confirmed that the company is in advanced stages of discussion to raise around $500 million. However, he did not disclose the names of the funding entities. As per PTI, the company is in discussion with Abu Dhabi's Sovereign Wealth Funds (SWF) and Qatar Investment Authority (QIA) for raising in the range of $400-500 million and $250-350 million at a valuation of $23 billion.

After completing its most recent round of funding, there had also been discussions of Byju's planning to launch an IPO. However, Raveendran does not believe that this is the right time to do so considering the uncertainty in the macro-economic environment. "Right now, no one is launching an IPO," added the Byju's CEO. "We will also defer our plans by 9-12 months from now. We will look at it towards the end of the calendar year 2023."

Considering the losses that Byju's has reported in FY21, it begs the question if there remains a mismatch between astronomical valuations and stunning levels of cash burnt by companies resulting in gigantic losses. In the recent past, a number of companies in a similar position have launched IPOs and raised money from the public, but soon after the company is listed on the stock exchange, the valuations have sunk with public IPO subscribers losing money but the erstwhile equity holders exiting at peak valuations.

Nothing is making sense to me! Can anyone explain please?