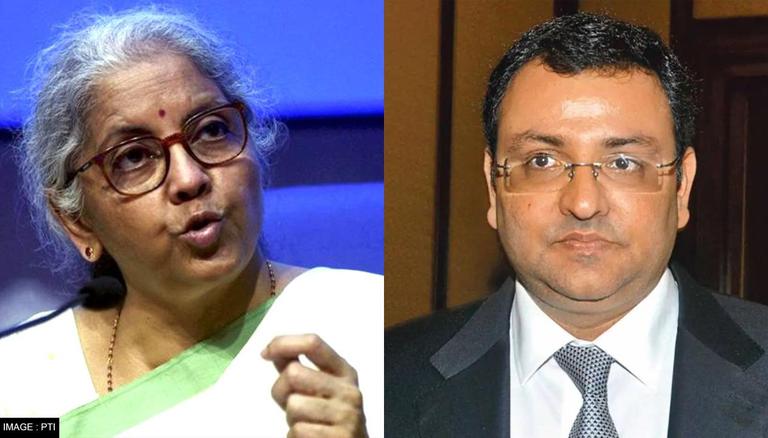 "Shri Cyrus Mistry's death comes as a shock. He was committed to carrying forward and strengthening his business in infra and infra projects. He desired to keep contributing to India's economic progress. Condolences to his family and friends," she said in a tweet.

Earlier in the day, Mistry (54) was killed in a car crash in Maharashtra's Palghar district neighbouring Mumbai.

He was appointed as the chairman of the over USD 100 billion salt-to-software Tata group in 2012.

After four years at the helm, he was replaced in a boardroom coup in October 2016, which saw Ratan Tata coming back to the helm of the group before the reigns were passed on to N Chandrasekhar.