India's merchandise exports in October surged 42.33 per cent to USD 35.47 billion on the back of good performance by the engineering and petroleum sectors 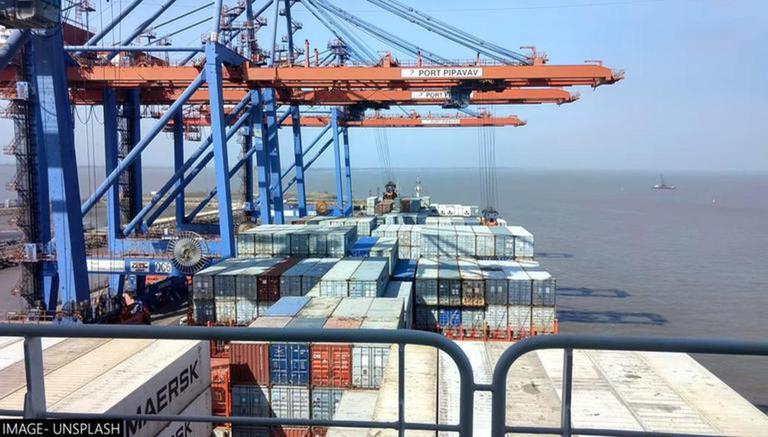 
New Delhi, Nov 1 (PTI) India's merchandise exports in October surged 42.33 per cent to USD 35.47 billion on the back of good performance by the engineering and petroleum sectors, as per provisional data released by the government on Monday.

As per the data, the trade deficit in October 2021 was USD 19.9 billion as gold imports almost doubled to USD 5.1 billion. The gap between imports and exports have totalled USD 98.71 billion during April-October 2021.

Outward shipments of engineering goods, which accounted for 28.19 per cent of total exports in October, increased 50.7 per cent year-on-year to USD 9.38 billion.

Exports of petroleum products too were up 231.63 per cent on annual basis at USD 5.19 billion.

Another major chunk of exports, which comes from the gems and jewellery sector, rose 44.24 per cent to USD 4.22 billion.

Exports from the labour-intensive textiles sector, which accounts for 3.5 per cent of the total outward shipments, increased by 6.4 per cent to USD 1.25 billion in October.

India also exported electronic goods worth USD 1.34 billion during the month under review against USD 966 million in October 2020.

As per the provisional data, imports of 'coal, coke and briquettes' increased 118.92 per cent in October this year to USD 3.31 billion.

The updated trade data will be released later in the month.

The gold imports stood at USD 5.1 billion this October compared to USD 2.49 billion in the year-ago month, an increase of 104.25 per cent.

Meanwhile, data released by the Reserve Bank of India showed exports of services stood at USD 20.68 billion during September, registering a growth of 22 per cent over the corresponding month of the previous fiscal.

Services imports were valued at USD 12.21 billion during September 2021, up 25 per cent over the same month of last year.