India's Richest 1% Own More Than 40% Of Total Wealth: Oxfam

The richest one per cent in India now own more than 40 per cent of the country's total wealth, while the bottom half of the population together share just 3 per cent of wealth, a new study showed on Monday 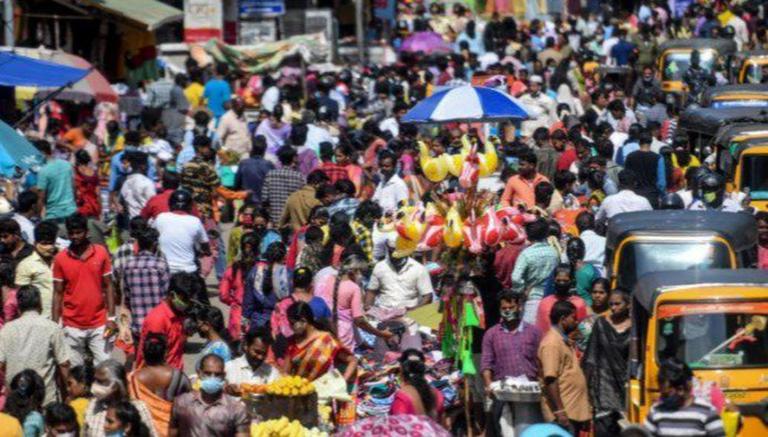 The richest one per cent in India now own more than 40 per cent of the country's total wealth, while the bottom half of the population together share just 3 per cent of wealth, a new study showed on Monday.

Releasing the India supplement of its annual inequality report on the first day of the World Economic Forum Annual Meeting here, rights group Oxfam International said that taxing India's ten-richest at 5 per cent can fetch entire money to bring children back to school.

"A one-off tax on unrealized gains from 2017–2021 on just one billionaire, Gautam Adani, could have raised Rs 1.79 lakh crore, enough to employ more than five million Indian primary school teachers for a year," it added.

The report titled 'Survival of the Richest' further said that if India's billionaires are taxed once at 2 per cent on their entire wealth, it would support the requirement of Rs 40,423 crore for the nutrition of malnourished in the country for the next three years.

On gender inequality, the report said that female workers earned only 63 paise for every 1 rupee a male worker earned.

For Scheduled Castes and rural workers, the difference is even starker -- the former earned 55 per cent of what the advantaged social groups earned, and the latter earned only half of the urban earnings between 2018 and 2019.

Oxfam said the report is a mix of qualitative and quantitative information to explore the impact of inequality in India.

Since the pandemic begun to Nov 2022, billionaires in India have seen their wealth surge by 121 per cent or Rs 3,608 crore per day in real terms, Oxfam said.

The combined wealth of India's 100 richest has touched USD 660 billion (Rs 54.12 lakh crore) -– an amount that could fund the entire Union Budget for more than 18 months, it added.

Oxfam India CEO Amitabh Behar said, "The country's marginalised – Dalits, Adivasis, Muslims, Women and informal sector workers are continuing to suffer in a system which ensures the survival of the richest.

"The poor are paying disproportionately higher taxes, spending more on essentials items and services when compared to the rich. The time has come to tax the rich and ensure they pay their fair share." Behar urged the Union finance minister to implement progressive tax measures such as wealth tax and inheritance tax, which he said have been historically proven to be effective in tackling inequality.

Citing a nationwide survey by Fight Inequality Alliance India (FIA India) in 2021, Oxfam said it found that more than 80 per cent of people in India support tax on the rich and corporations who earned record profits during the Covid-19 pandemic.

"More than 90 per cent participants demanded budget measures to combat inequality such as universal social security, right to health and expansion of budget to prevent gender-based violence," it added.

"It's time we demolish the convenient myth that tax cuts for the richest result in their wealth somehow 'trickling down' to everyone else. Taxing the super-rich is the strategic precondition to reducing inequality and resuscitating democracy.

"We need to do this for innovation. For stronger public services and for happier and healthier societies," said Gabriela Bucher, Executive Director of Oxfam International.

Oxfam India urged the Union finance minister to introduce one-off solidarity wealth taxes and windfall taxes to end crisis profiteering. It also demanded a permanent increase in taxes on the richest 1 per cent and especially raise taxes on capital gains, which are subject to lower tax rates than other forms of income.

Oxfam also called for inheritance, property, and land taxes, as well as net wealth taxes, while enhancing the budgetary allocation of the health sector to 2.5 per cent of GDP by 2025, as envisaged in the National Health Policy. Oxfam said it also wants public health systems to be strengthened and budgetary allocation for education to be enhanced to the global benchmark of 6 per cent of GDP.

"Ensure workers in formal and informal sector are paid basic minimum wages. The minimum wages should be at par with living wages which is essential for living a life with dignity," it added.