Jeff Bezos & Richard Branson To Fly To Space This Month Without Any Insurance: Report

Branson's Virgin Galactic said that all passengers will have to sign a contract beforehand, wherein, they would agree to be fully liable for their own safety 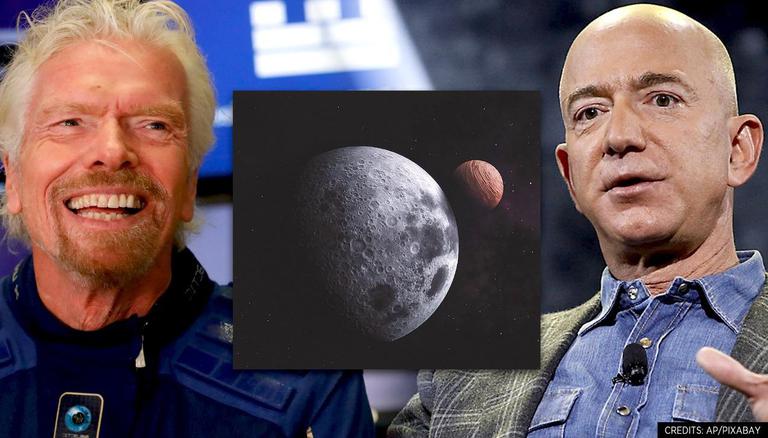 
Entrepreneurs Jeff Bezos and Richard Branson are reportedly launching into space without insurance for injury or death, their brokers told The New York Times' DealBook. While Richard Branson is set to fly to space on July 11, Blue Origin founder Bezos will travel nine days later. Both billionaires will travel aboard the company's New Shepard rocket. The 60-foot-tall rocket is reusble, as per reports.

Taking to Twitter, Richard Branson could not contain his excitement to blast off to space.

2 days until #Unity22! Watch the launch live this Sunday at 6am PT | 9am ET | 2pm BST with @StephenAtHome @thegreatkhalid @Cmdr_Hadfield @KellieGerardi @virgingalactic pic.twitter.com/tpjIqeVE0L

Brokers told the NYT DealBook that neither  Branson nor Bezos nor their respective companies Virgin Galactic and Blue Origin have purchased liability insurance. It is most presumable because there exists no fully functioning insurance system for casual space travel. While companies like Allianz started to work on such policies in 2012, there is no record of such policies been sold. At present, only commercial international flights are mandated to purchase liability insurance.

Why are Jeff Bezos & Branson headed to space without insurance for injury or death?

Because the billionaires' rockets launch and land are in the same place at Spaceport America in New Mexico, the Virgin Galactic's flight is considered domestic travel. In fact, even after insurance catches up to space travelling, Virgin Galactic plans for customers to be fully responsible for their own safety and weaken the company's liability in a contract. VG had previously said that all passengers will have to sign a contract beforehand, wherein, they would agree to be fully liable for their own safety but it is almost impossible for companies to place absolute liability onto the customer under American law, the DealBook stated.

While Richard Branson is scheduled to launch Virgin Galactic's VSS Unity on July 11, Jeff Bezos will follow suit on Blue Moon's New Shepard rocket. VSS Unity is set to carry a full crew of two pilots and four passengers at a time. Also, the other three Virgin Galactic's executives will be on board alongside Branson. It added that there exists enough data on rocket launches for brokers to put prices on these types of policies.

Meanwhile, Bezos will be joined by Wally Flunk who will become the older person ever to travel to space as well as an unidentified person who paid $28 million for a seat in the craft. VVS Unity is set to travel to the edge of space 55 miles above sea level while Blue Origin's rocket will fly 62 miles above sea level. It will pass the Karman Line and then fall to Earth.