Currently, Metro Brands Ltd has 586 stores, of which 211 were opened in the last three years, in 134 cities across 29 states and union territories in India. 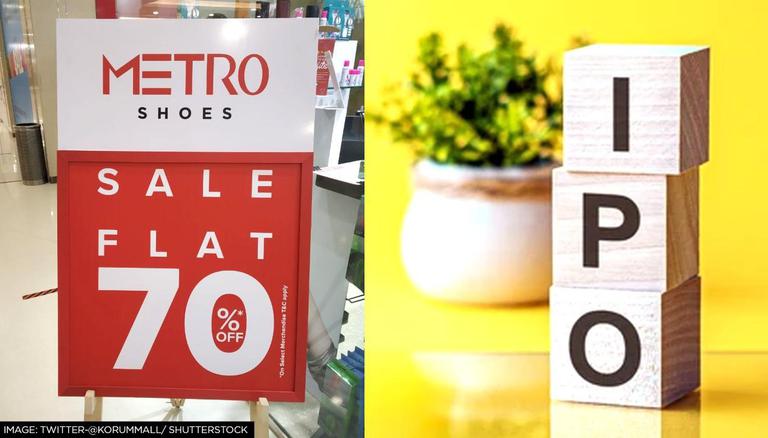 
Rakesh Jhunjhunwala-backed footwear retailer Metro Brands Limited's initial public offering will open for subscription on December 10. Till now, the company has not announced price band and lot size. These details will be out by next week, the company said in a statement. Notably, two other public issues are also opening next week- Shriram Properties and RateGain Travel Technologies.

According to the company, the IPO consists of Rs 295 crore worth fresh issue and an OFS (Offer for Sale) of 2,14,50,100 equity shares. Initially, the company was going to issue a fresh issue worth Rs 246.7 crore. However, it was increased to Rs 295 crore, the firm stated in its prospectus.

Currently, Metro Brands Ltd has 586 stores, of which 211 were opened in the last three years, in 134 cities across 29 states and union territories in India. The first store was opened in Mumbai in 1955 and the Metro Brands retails a wide range of branded products for men, women, unisex and kids. It also offers footwear for casual and formal events.

Metro Brands CEO Nissan Joseph, speaking to PTI said that the company plans to open 219 new stores in the next 30 months across the four formats- Mochi, Metro, Crocs and Walkway. It also plans to grow in allied businesses like accessories, foot care and shoe care, he informed.

Metro Brands' 69% revenue is generated from its private brands while the remaining 31% comes from third-party brands, the company said. Due to the pandemic, the company's revenue from operations dropped to Rs 800 crore in FY21 from Rs 1,285 crore a fiscal before.

To deal with the pandemic, the footwear retailer has taken a slew of steps like closing down underperforming stores and cutting down staff associated with such stores. "Now, the overall, demand for footwear has reached the pre-COVID level, and our online sales are also growing rapidly," the company's chief executive said.

The company also has one subsidiary, Metmill Footwear Private Limited and one joint venture MV Shoe care private limited. "We operate on an asset-light model with third-party manufacturing through long-standing vendor relationships, optimum store size and layout, and long-term lease arrangements. We introduce new designs frequently through our vendor engagements based on our combined understanding of prevailing trends and regional sensitivity," the company says on its website.