Reliance Industries Limited head Mukesh Ambani announced that Yasir Al-Rumayyan, Chairman of Saudi Aramco, will be joining the RIL Board as Independent Director 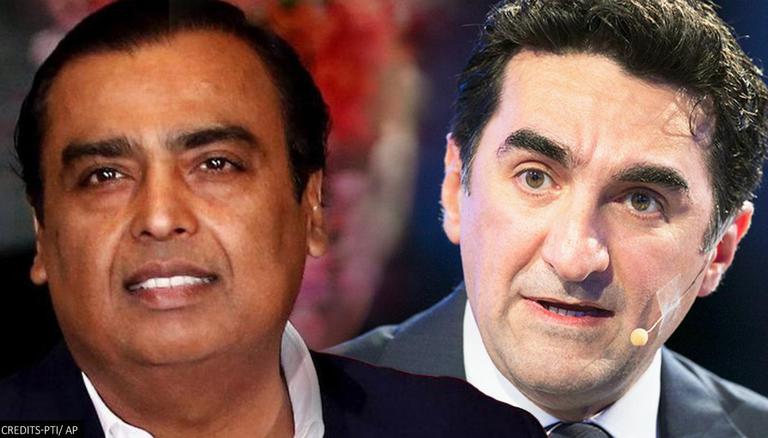 
Reliance Industries Limited (RIL) Chairman Mukesh Ambani announced on Thursday that Yasir Al-Rumayyan, Chairman of Saudi Aramco and Governor of PIF, will be joining the RIL Board as Independent Director.

This move could pave the way for a deal between the two petrochemical giants. "Continued engagement and resolve from both sides, even during this pandemic, is a testimony of strong relationship between Saudi Aramco and Reliance. I expect our partnership to be formalised in an expeditious manner this year," Ambani said.

The RIL Chairman told shareholders that the country is in midst of a humanitarian crisis owing to the pandemic. Despite that, the company’s business and financial success since the last AGM has exceeded expectations. "But what has given me far greater happiness than our business performance is RIL’s humanitarian efforts during these exceedingly difficult times," he added.

Mukesh Ambani said he expects the Reliance Industries Ltd deal with Saudi Aramco to materialise this year. RIL had in 2019 announced its interest in selling 20% stake in the company’s flagship chemicals and refining business to Saudi Aramco in a deal valued at $15 billion.

During the last fiscal, RIL carved out its oil-to-chemicals business into a separate entity, to facilitate onboarding of strategic partners like Aramco. The company’s O2C undertaking comprises of entire oil-to-chemicals business consisting of refining, petrochemicals, fuel retail and aviation fuel and bulk wholesale marketing businesses together with its assets and liabilities.

Mukesh Ambani said RIL’s performance continued to be outstanding even in a challenging environment. The consolidated revenue was Rs 5.4 trillion, consolidated EBITDA was Rs 98,000 crore, and almost 50% of EBITDA was contributed by consumer businesses, he noted.

RIL raised $44.4 billion – the largest ever capital raised by any company in a year globally. "This capital raise is a strong vote of confidence by global investors in India’s growth potential," said Ambani.

He also said the company rewarded its shareholders with the largest and the most successful Rights Issue ever by an Indian company. "Our retail shareholders have made 4x returns in just one year on their rights shares," added Ambani.

This is the second year in a row that the annual event is being held virtually amid the COVID-19 outbreak.