SpiceJet promoter Ajay Singh is mulling a partial stake sale, days after DGCA ordered the airlines to operate not more than 50% of its flights for 8 weeks. 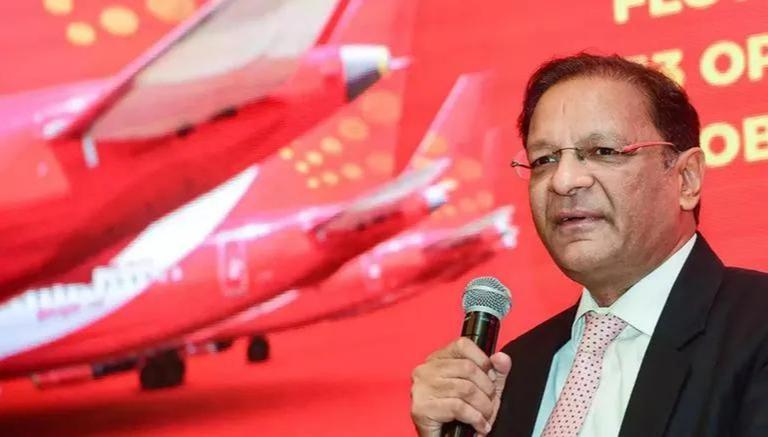 
Days after the Directorate General of Civil Aviation (DGCA) ordered SpiceJet airlines to operate not more than 50% of its flights for eight weeks, the Chairman and the Managing Director of the airline company, Ajay Singh is mulling a partial stake sale, ANI reported.

According to the ANI report, the budget carrier's promoter Ajay Singh, who holds approximately 60% stake in the airline, has been exploring the possibility of a partial stake sale. Notably, the airline's spokesperson said that the company is in discussion with various investors to secure sustainable financing. "The company continues to be in discussions with various investors to secure sustainable financing and will make appropriate disclosures in accordance with applicable regulations," the SpiceJet spokesperson was quoted by ANI as saying.

It is pertinent to mention that this comes a day after SpiceJet's announcement that it has cleared all the principal dues with the Airport Authority of India (AAI) and had returned to advance payment mechanisms for daily operations. Notably, the budget carrier which has been under the spotlight recently over the slew of incidents of technical snags on its flights has been facing losses for the last three years.  It incurred a net loss of Rs 316 crore, Rs 934 crore and Rs 998 crore in 2018-19, 2019-20 and 2020-21 respectively, PTI reported.

On Wednesday, July 27, the DGCA acted against SpiceJet, ordering the Indian budget airline to operate just 50% of approved flights for the next 8 weeks. Before passing the order, the statutory body of the Government of India had reviewed incidents on aircraft operated by the company from April 1 to July. Through the review, it had come to light that on multiple occasions, the aircraft either turned back to its originating station or continued landing to the destination with degraded safety margins. It had also come to light that there is poor, internal safety oversight and inadequate maintenance actions, which have resulted in the degradation of the safety margins.

The interim order read, "Financial assessments carried out by DGCA in September 2021, have revealed that M/s SpiceJet is operating on cash carry and suppliers/approved vendors are not being paid on regular basis leading to the shortage of spares and frequent invoking of MELs."