During his address, Kumar Mangalam Birla further said a robust industry is necessary to invest and accelerate the achievement of the Digital India vision. 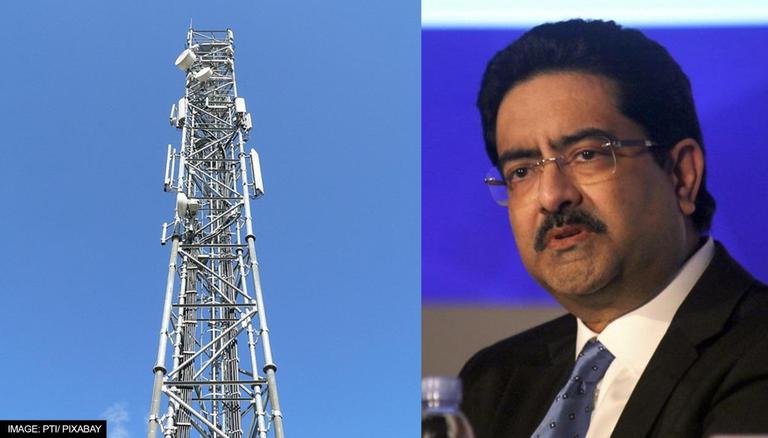 
The government has made policy interventions to boost the telecom sector and further measures in ease of doing business as well as support from the banking sector will enhance the industry's strength and ensure that India remains at the cutting-edge of global technology trends, Aditya Birla Group Chairman Kumar Mangalam Birla said on Wednesday.

Speaking at the India Mobile Congress event, Birla promised that Vodafone Idea Ltd (VIL) will be a "committed partner" as India makes rapid strides to achieve the vision of a trillion-dollar digital economy.

Aditya Birla Group holds over 27 per cent stake in VIL, while Vodafone Plc has more than 44 per cent in the telecom operator.

During his address, Kumar Mangalam Birla further said a robust industry is necessary to invest and accelerate the achievement of the Digital India vision.

"Over the past few months, the government has made some critical policy interventions in this direction. Further steps in ease of doing business and support from the banking sector will significantly enhance the sector strength and ensure that India remains at the cutting edge of global technology trends," said Birla.

The mobile industry will play a "vital" role in India's vision to be a USD 5-trillion economy by 2025, of which USD 1 trillion will be the contribution from the digital economy, he said.

"As we accelerate this digital shift, we need to collectively address the need for continued investments to enable the journey to 5G, industry 4.0 and beyond," he said.

Birla termed the mobile phone as a "telling symbol" of India's transformation. The mobile industry has been the country's growth engine, catapulting India to the top five economies of the world, he said highlighting that it had played a transformational role in touching every aspect of people's lives.

The telecom industry has come a long way, he noted adding it has attracted the second largest investment in private infrastructure in India.

"The sector has also witnessed the highest FDI flows in the last two decades. This mammoth investment is serving the mobility needs of over a billion Indians across five lakh villages. More significantly, despite these substantial investments, Indian telecom tariffs for voice and data remain the lowest in the world," he said.

With the dramatic growth of the internet and the increased penetration of smartphones, the transformational impact of the telecom sector has multiplied manifold and is now "all-pervasive". Wireless broadband infrastructure remains the foundation for the growth of digital services in the country.

Birla observed that the mobile internet has unleashed a new wave of entrepreneurial energy and India has already added about 38 unicorns, this year so far.

"The tremendous impact of the telecom sector was seen during the pandemic, as uninterrupted telecom services not only kept the nation connected but also enabled an unprecedented digital transition of the economy. This is seen in the dramatic shift to digital payments and even in the increased adoption of telemedicine," Birla pointed out.

Recently, the telecom sector got a shot in the arm with the government approving a blockbuster relief package for the industry, which included a four-year break for companies from paying statutory dues, permission to share scarce airwaves, change in the definition of revenue on which levies are paid, and allowing 100 per cent foreign investment through the automatic route.

The measures, aimed at providing relief to companies like VIL that have to pay thousands of crores in unprovisioned past statutory dues, also included the scrapping of spectrum usage charge (SUC) for airwaves acquired in future auctions.