A Ukrainian airline, SkyUp Airlines is all set to usher in a new era of change with female flight attendants given the option to wear trousers and sneakers. 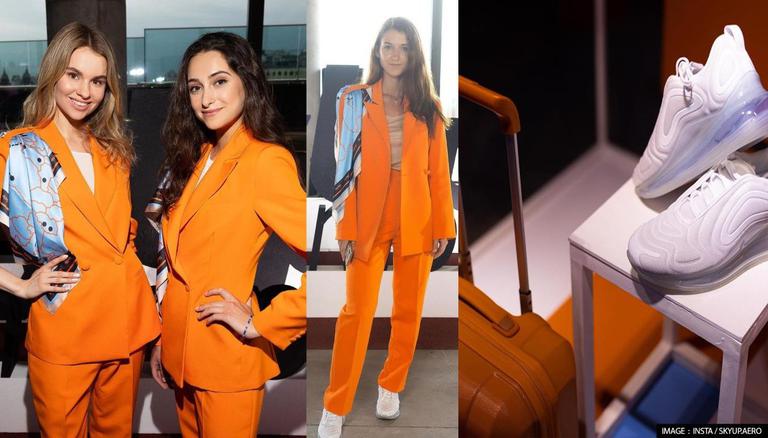 
A Ukrainian budget airline, SkyUp Airlines is all set to usher in a new era of change. The Ukraine-based airline is doing away with the traditional pencil skirts and high heels that female flight attendants are usually seen in on board. There is often scrutiny regarding female flight attendants' uniforms and SkyUp Airlines has taken a step towards bringing about 'revolutionary changes' as it gives crew members the choice of wearing trousers and sneakers as part of their uniform.

SkyUp Airlines switches it up with the Airlines Uniform

Begining from Autumn 2021, passengers who board a SkyUp plane will be welcomed by flight attendants in 'SkyUp Champions uniform'. The official website of the airline mentioned that change is not only about the uniform, but also about having a 'new vision.' The site mentions that the uniform 'embodies the idea of ​​movement' as it includes a bright orange and suit, with hints of white'. The sneakers that the flight attendants are given the option of wearing are also white and go perfectly with the rest of their outfit.

The official website of the airline listed the top five changed that passengers can expect from autumn 2021. The first and major change is that the attendants will no longer have to wear pencil skirts with a suit, but can instead wear trousers and trench coats. They will also not be required to wear high heels and will put on Nike Air Max 720 sneakers, which are 'comfortable, ergonomic sneakers'. The airline promises 'maximum comfort' all day, with the help of these shoes. The attendants will also have a light blue silk scarf, that will be attached to the jacket and coat. The flight attendants will also have a change in make-up shades. They will put on orange and blue shades of make-up, which are inspired by the colours of the sky that can be seen from the cockpit. The changes will also replace the traditional bun a flight attendant is usually seen with, with different types of weaves. The final change is that each attendant will be seen with a bright orange suitcase, which will complement their look.