“To be named in top twenty, airlines must achieve 7-star safety rating and demonstrate leadership in innovation for passenger comfort,” the agency said. 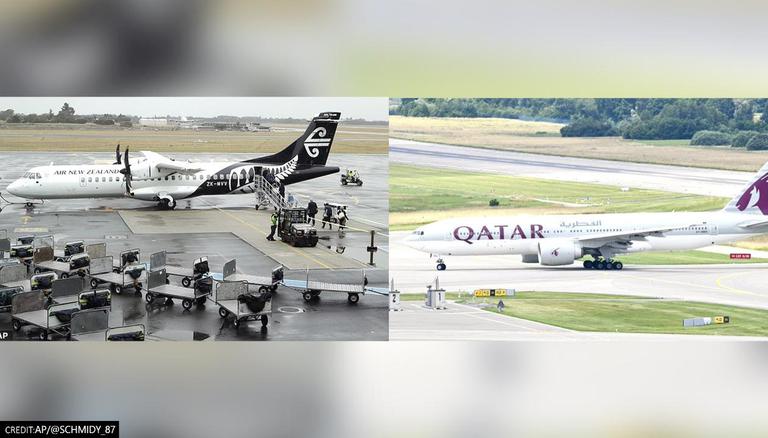 
The aviation industry has had a tumultuous year with scores of planes grounded due to the novel coronavirus that majorly hit both domestic and international air travel. But as the world’s leading airlines slowly resumes flights for vaccinated passengers, AirlineRatings.com complied the annual round-up of the world's best carriers for its much-awaited Airline Excellence Awards. AirlineRatings.com usually announces its top airlines in November, but pandemic rearranged schedules.

The aviation safety and product rating site based out of Perth, Australia analyses several key factors to formulate the best airlines list such as operational safety, passenger reviews, profitability, investment rating, fleet age, as well as product offerings on long-haul flights and seating arrangements, comfort level among many other. This year it rated the carriers on COVID-19 measures and flyers safety as well. Last year, in 2020, Air New Zealand bagged the number 1 score defeating the previous year’s winner Singapore Airlines.

Here’s the list of the top 20 airlines ranked by AirlineRatings.com:

This year in 2021, Qatar Airways secured the top position, making it the world’s best top class air carrier to fly with, and additionally the safest. Editor-in-chief of AirlineRatings.com, Geoffrey Thomas, reportedly said that it was indeed Qatar Airway's COVID-19 pandemic response that pushed the carrier to the top. This also accounts for the airline's repatriation flights and flying passengers safely out of overseas despite the pandemic and health risks associated with the disease.

READ | US, Australian banks and airlines web outage was not because of 'cyberattack': Akamai

“To be named in the top twenty, airlines must achieve a seven-star safety rating and demonstrate leadership in innovation for passenger comfort,” AirlineRatings.com said in its release on Tuesday.

The UAE-based air carrier attributed its prestigious rating to COVID-19, innovation, new products, and world-renowned inflight service for winning the 2021 Airline of the Year award.  The chief executive stated that over the past 16 months, the air carrier had witnessed some of the ‘darkest days’ in the history of the aviation industry.

“So many other airlines stopped flying, Qatar Airways continued to operate and stand by our passengers,” Al Baker said. “Despite the health crisis, we continued to reach new heights and set industry standards that deliver a passenger experience unmatched by any other airline in the world,” he added.

First to be ' fully COVID audited'

Qatar Airways has been among the first air-carrier to complete IATA’s important IOSA safety audit, the first to be fully COVID audited and compliant by both AirlineRatings and Skytrax, and amongst the first to trial IATA’s COVID Safe Travel Pass, according to AirlineRatings.com. Joining Qatar Airways is Singapore Airlines on number three falling a spot as Air New Zealand stood at number two. Number four is Australia’s Qantas renowned as the world’s safest airline.

The fifth position was secured by Dubai’s Emirates. Cathay Pacific Airways took the sixth spot, the seventh spot is Virgin Atlantic at the forefront of cabin innovation, and the eighth spot in the top twenty is Chicago-based United Airlines best in eco-technology. Taiwanese air carrier EVA Air took the ninth spot, and the tenth is British Airways.

Other awards given by the agency were best first-class won by Singapore Airlines and best cabin crew that was bagged by Virgin Australia. The best airport lounges category was won by Qantas again, while the best low-cost airline award in Europe was won by EasyJet, in Asia/Pacific Jetstar, and in America was won by Southwest.