India May Have A 4 Day Work Week Soon: Is The Move Productive? Here's What Data Shows

The reform of a 4 day work week rather than 5 is desired among Indians as the country is infamous for having a large ‘overworked’ population. 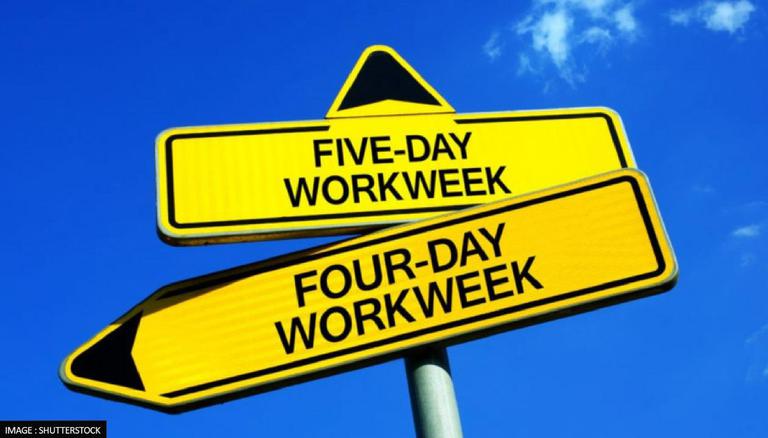 
With the hopes of the industries and thousands of employed Indians high, as the Government of India deliberates on the implementation of the new labour codes on wages, social security and other issues, the citizens are also expecting the government to bring in the major reform of 4 day work week.

While the Centre is looking over the pros and cons of the move in the Indian context, it is important to understand if it enhances productivity or costs a fortune to the corporate houses.

As many countries have shifted to adapt to the 4 day work week culture, with UAE being the latest entrant to the group, announcing a 4.5 day work week, we have a lot of data to learn about the advantages and disadvantages of the move. Here's what we have found-

READ | As India considers a 4-day workweek, here are countries who experimented with the new move

The reform of a 4 day work week rather than 5 is desired among Indians as the country is infamous for having a large ‘overworked’ population. As per Microsoft’s annual work trend index published earlier this year, 57% of Indians felt overworked and 32% felt exhausted and drained out.

The survey reveals that 74% of Indians have felt that they need more flexible work hours and remote work options to create a work-life balance. Thus, a 4 day work week would thereby help employees to get more time to get rid of the work pressure and come back rejuvenated with a zeal to work.

Quality work and the number of working hours are indirectly proportional to each other, another research revealed. Perpetual Guardian, a New Zealand based company researched the topic and discovered, not only did employees maintain the same productivity level, but they were more satisfied in their jobs and were able to achieve work-life balance. It further added that the stress levels among employees had sunk up to 45% to 38%. It also showed a better employee retention percentage and engagement.

Given that some of the world's most productive countries such as Norway, Denmark, Germany, and the Netherlands, work an average of 27 hours per week, the findings of this study are not surprising.

Shorter working hours are associated with a lower carbon footprint, thus, cutting the workweek from five to four days could be beneficial to the environment as well. Employees don't have to commute as much, and major office buildings are only used four days a week as a result of the shorter workweek. Microsoft Japan implemented the four days a week policy and the company said it resulted in a 40% surge in productivity. It also claimed to have improved efficiency in several areas, including a 23% reduction in electricity costs, fewer printing costs, and fewer electricity expenses.

A study conducted by the US state, Utah found that the approach saved about $1.8 million in energy expenditures in the first ten months, and reduced at least 6,000 metric tonnes of carbon dioxide emissions by closing the major office complex on Fridays.

Lesser working hours would ensure that employees can spend more time with the family, which will reduce the burden of work on the working women, and their partners can contribute more to the household work.

Adapting the 4 day work week was not proven to be cost-effective in some sectors and some research, including Swedish Nurses showed that it requires adequate infrastructure and technology support.

The Utah study that showed better environmental results also highlighted low consumer satisfaction. Customers complained that they couldn't get services because the offices were closed on Friday.

Some organisations increased the work pressure and work hours of their employees for four days, which resulted in the employees being more stressed and disgruntled.