Recruitment Plan For Armed Forces 'Agnipath' Announced; Youth To Be Inducted For 4 Years 
Aiming to make mega reforms in the tri-defence serves, the Union Cabinet on Tuesday approved an attractive military recruitment scheme named 'Agnipath' for the induction of young soldiers into the Indian Army. Under the Agnipath scheme, 'Agniveers' would be recruited in the Army, Air Force or Navy for short a four-year tenure. The average age profile of the Armed forces would be reduced from 32 to 26 with the implementation of this scheme. 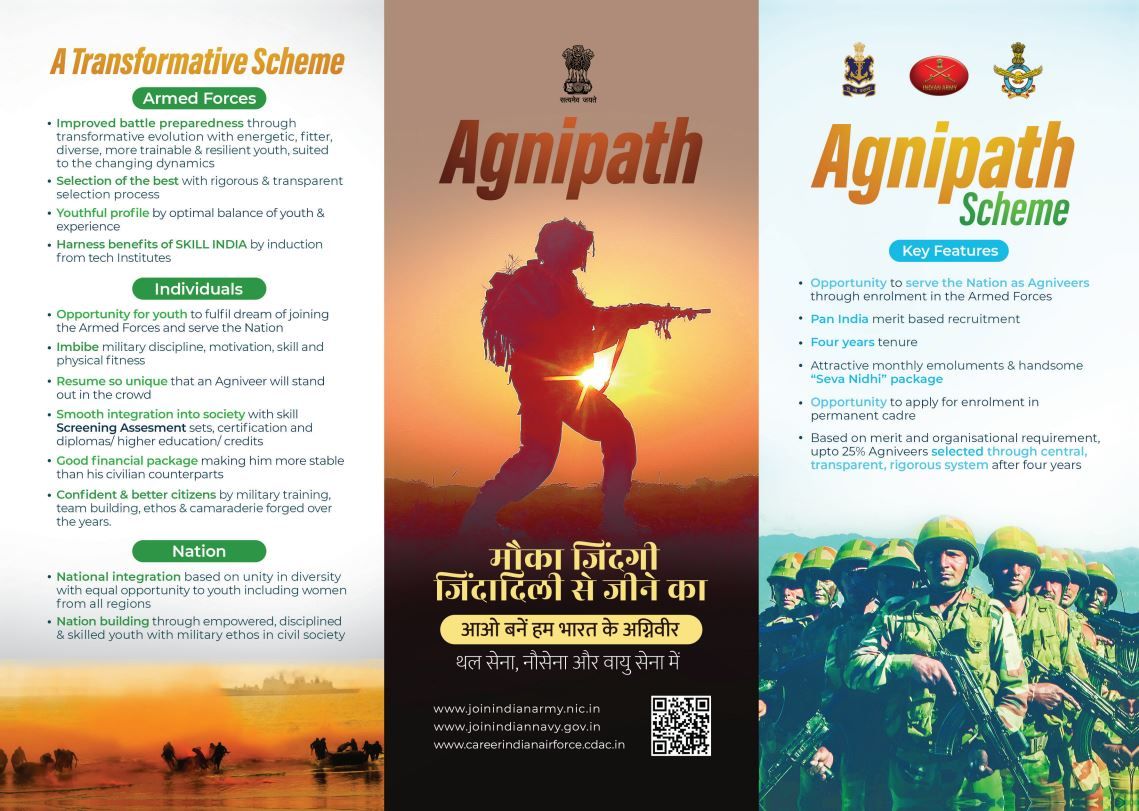 "The Cabinet Committee on Security has taken a historic decision today to approve the transformative scheme of 'Agnipath'. Under this, Indian youth would be granted an opportunity to get inducted into the Armed services," said Defence Minister Rajnath Singh. 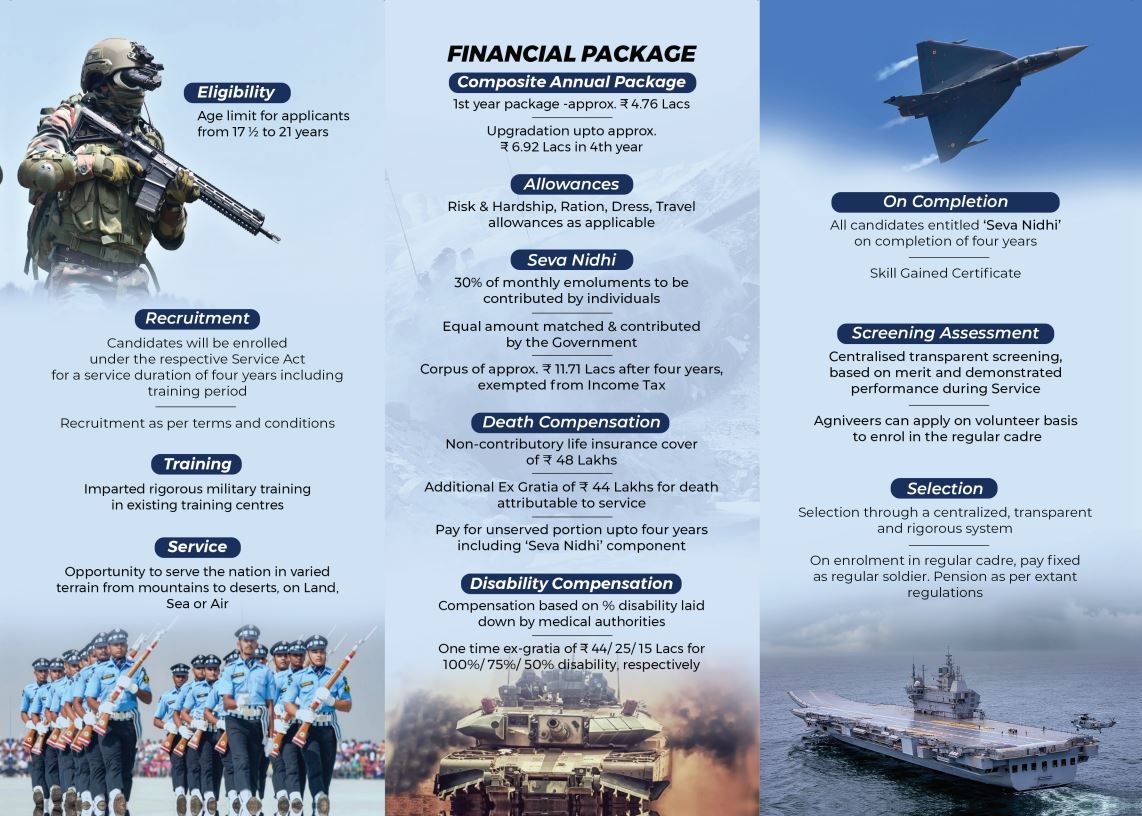 Under the 'Agnipath' scheme, efforts will be made to create a youthful profile of the Armed forces. It would help to train them for new technologies and improve their health levels. This scheme will increase employment opportunities with new skills in different sectors, said Singh.

The 'Agnivirs' will be given a good pay package and an exit retirement package after a service of 4 years, he added. 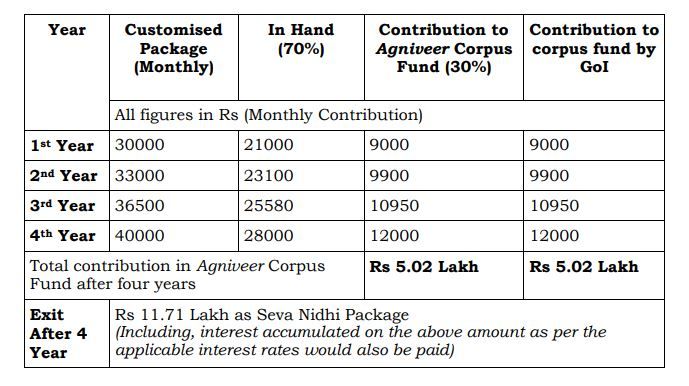