Chandigarh University Gharuan has become the youngest University to make it into QS World University Ranking, debuting straight into the stellar 801-1000 rank band across the globe in the prestigious annual rankings for the year 2023. 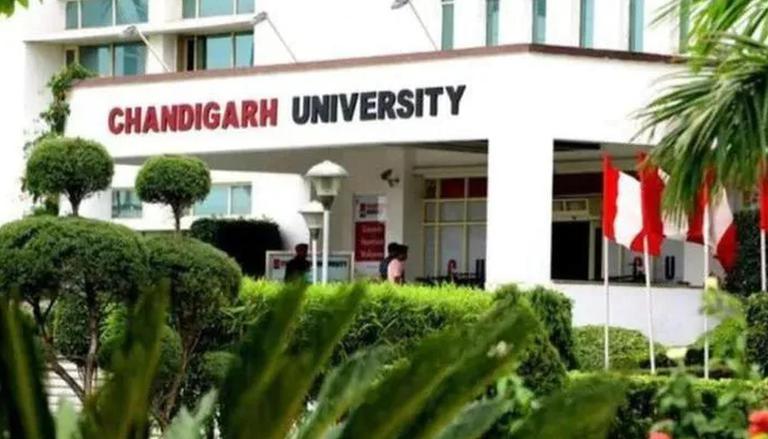 
Youngest University to debut in prestigious rankings for 2023, features among top 3 private universities in India, 21st overall CU positioned at 310th in Employer Reputation, among top 600 institutions in world in International Research Network, top 500 in Academic Reputation CHANDIGARH, India, June 10, 2022 /PRNewswire/ -- Adding yet another accolade to its name, Chandigarh University Gharuan has become the youngest University to make it into QS World University Ranking, debuting straight into the stellar 801-1000 rank band across the globe in the prestigious annual rankings for the year 2023. The overwhelming ranking placed Chandigarh University at third position among all the private universities in India, even as overall, the varsity secured its place in 21st position among all the private and public universities in the country, and bagged top spot in Punjab, informed S. Satnam Singh Sandhu, Chancellor, Chandigarh University on Friday.

Addressing a press conference at Press Club here, Sandhu informed that Chandigarh University has secured 310 position globally in the Employer Reputation, while the institution features among top 500 universities globally in Academic Reputation.

The University has been placed at 528th rank in International Faculty, while it has been adjudged among the top 600 institutions of the world on the parameters of International Research Network, Faculty Student Ratio, Citations per Faculty and number of International Students.

Sandhu informed that in 2023 edition of the QS or Quacquarelli Symonds world university rankings which were released on Thursday, Indian Higher Education Institutions have performed exceptionally well, with total 41 Universities from India getting ranked, with 7 new entries which is an increase of 20%.

"This has moved India up the ladder in the number of ranked higher education institutions from other countries like France, Australia, Dubai, Singapore, Malaysia, etc. All this has happened due to conscious efforts of the Government of India towards improving the standards of higher education and in particular the introduction and implementation of visionary New Education Policy by Prime Minister Narendra Modi," said Sandhu.

It may be mentioned that QS University Rankings is world's largest and most remarkable annual survey of academic opinion, approved by the International Ranking Expert Group (IREG), and is viewed as the most-widely read university ranking in the world, making it a crucial factor for students across the globe in deciding their universities.

A total of 2462 universities across the globe were ranked on a number of parameters such as Academic Reputation, Employer Reputation, Faculty to Student Ratio, International Faculty and Students, along with many other performance metrics, in the ranking for the year 2023, which were released by QS Ltd CEO and MD, Nunzio Quacquarelli on Thursday at Gharuan campus of Chandigarh University.

In what could only be defined as a dream debut, Chandigarh University became the youngest University to make it into QS World University Rankings for the year 2023. Within ten years of establishment, the university has managed to secure the global rank band of 800-1000, Sandhu told the journalists.

"Chandigarh University is at first position among all the universities of Punjab and Chandigarh. Our performance has been exceptional on various parameters as well. We are ranked 310th in Employer Reputation in the entire world and have been featured among top 500 universities in Academic Reputation," said Sandhu.

He informed that while Employer Reputation measures the acceptance of degree by the employers and the industry to be considered for jobs, and involved the responses of over 99,000 employers from all over the globe, whereas Academic Reputation is a measure of the value and acceptance of student's degree all over the world, and has been calculated on the basis of the responses and perceptions of over 151,000 academics from all over the world, making Chandigarh University among the best institutions in terms of research.

"In less than ten years of its establishment, Chandigarh University has achieved this great feat and the credit for this huge success goes to all the stakeholders including students, faculty, alumni and industry who have contributed through their efforts to make Chandigarh University a Centre-of-Excellence in Higher Education, matching and even bettering the global standards," said Sandhu.

Asserting that Rankings are a great tool to assess the standards of an Educational Institution in the field of Quality Teaching, Industry Exposure, Research & Development that is offered to its students, ultimately helping the young minds to decide the best of institutions for their higher studies, the Chancellor said, "With our first-rate performance in these rankings, the responsibility of the varsity has increased manifold, to not only perform well in National & International Academic Rankings but also to contribute in the exercise of Nation Building by preparing the next generation professionals for the Industry." Sandhu said that it was a moment of pride for every countrymen that Indian Higher Education Institutions have performed their best till date in the history of these prestigious rankings, leading from the other countries such as Malaysia, Singapore, Australia, Dubai, France etc.

"Total 41 Universities from India have found place in the QS World University Ranking 2023. There are 7 new entries in these 41 which is an increase of 20%, while 9 Institutions of Eminence from India have featured in top 1000 all around the globe. The credit goes to the vision of Honourable Prime Minister Shri Narendra Modi ji and the far-sighted New Education Policy," he said.

Sandhu added, "All the nine Indian Institutions who featured in top 500 got a rapid raise in the rankings after 5 years. This is happening after a gap of 10 years that all Indian institutions featured in top 500 improved their ranking and there is no decline." Calling for even better performance in the year QS 2024 ranking, Sandhu emphasised on the need of Collaboration for Research, Faculty Exchange, Student Exchange besides enhancing Collaboration in Under Developed Countries and the International Research Network.