Indian Education System Is Like 'chou-chou', A Mixture Of Everything: Sadhguru

Indian education system is a "Chou-Chou" for having a mix of everything, said Sadhguru, who also asserted that high-standard education can not be for everybody 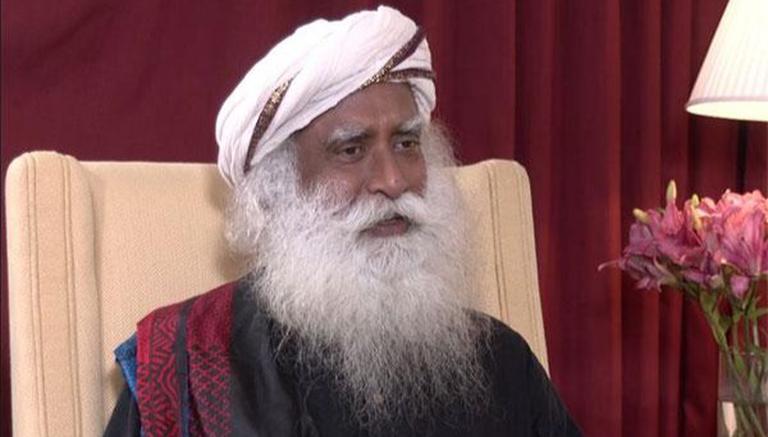 
Sadhguru Jaggi Vasudev, founder of the Isha Foundation, always stays in the headlines for his strong logic and bold statements. In an exclusive interview with ANI, Sadhguru expressed his views on the Indian education system and called it a "Chou-Chou" for having a mix of all kinds of things in it. He asserted that the Indian schools spoke of physics, literature, and biology all at once, and even when he was in his school days, he couldn't figure out anything that was taught in the classroom.

#WATCH | "Our education system is mix of all things...Somebody starts talking about Physics.Then somebody talks Literature. Then Biology guy comes. Every 45 min -it’s circus, not education...Right now there are efforts, changes made but don’t think Govt can execute it..: Sadhguru pic.twitter.com/meL5J4m6xd

Sadhguru calls Indian education system a "chou-chou," says it's a mix of everything

Sadhguru said, "Our education system is a chou-chou." It's a mix of all kinds of things. I couldn't figure out anything in school. They spoke of physics, literature, and biology all at once. " He further said, "It's not a circus, it's a mind."

When asked why he feels this way about the Indian schools, he said, "When I was in the classroom during my school days, suddenly a teacher would enter and start teaching physics, and when my mind is trying to understand physics and trying to relate to life and everything around me, suddenly someone comes and talks about literature, and by the time I get Physics out of my mind, this literature guy has gone and the biology guy has entered."

He further said, "Every 45 minutes, what are we doing?" "It's just a circus, and it's not education," he added.

'High standard education in India can not be for everybody equally at once': Sadhguru

When asked whether improving the Indian education system would be his next target, he said, "No, we already have Isha home schools," he replied. When asked if he would take this on a larger scale as our education is not commensurate with the needs of the students, Sadhguru replied that there are efforts and changes being made currently, but the government can never execute them. "Right now, there are efforts and changes being made, but I do not think that the government can ever execute them," he added.

"Right now they are saying the curriculum should be 4 and a half hours per day and the remaining 50% of the time should be extra curriculum stuff. He questioned, "How many schools in the country can actually follow this?" Do they have the features or do they have the manpower? and it's not going to happen in this country and I am not blaming anyone. That's a reality. "

READ | Did Will Smith meet Sadhguru during his trip to India? Here's all you need to know

"The only way we can create niche schools where only a certain number of children grow up that way. In the name of equality and in the name of spreading it around, we are making the lowest standard a standard. It is very important to understand that no nation has developed equally for everyone at the same time. Some people will surge up and some will try to move up the ladder one way or the other, and that's the only way a nation can develop. That's the only way every nation has developed," he added.

He further said, "But in India, there is a silly idea that if there should be a high standard of education, it should be for everybody equally at once." Sadhguru said, "It will never happen, and this way we will settle for the lowest benchmark." So we are trying to do some niche things like that because large-scale education development of high quality and consciousness-developing education is not practical right now. Just a small number of students need to be educated in that way because a number of them are still seeking livelihoods, and as I see in the villages, this is a passport to get out of that hopeless situation.

WE RECOMMEND
Gun violence in US, across world related to mental health & content on TV shows: Sadhguru
Sadhguru's 30,000km 'Save Soil' crusade reaches India; will now move through 10 states
Watch: 50 Days Of Sadhguru's “Journey To Save Soil” Movement, 2 Billion People Touched
PM Modi underlines conservation policies over last 8 yrs at 'Save Soil' event in Delhi
Indian Knowledge System has solutions to many of the world’s problems: Dharmendra Pradhan