Indian Knowledge System Has Solutions To Many Of The World’s Problems: Dharmendra Pradhan

Indian Knowledge System textbook has been launched by Education Minister Pradhan. He talked about global footprint of Indian knowledge, culture & other topics. 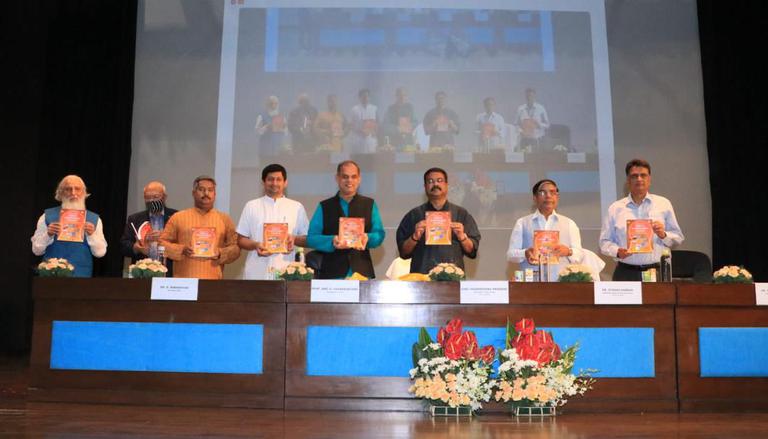 
Dharmendra Pradhan, Union Minister of Education and Skill Development, launched a textbook on "Introduction to Indian Knowledge Systems: Concepts and Applications." The event was attended by Subhas Sarkar, Minister of State for Education, along with K Sanjay Murthy, Secretary of Higher Education; A.D. Sahasrabudhe, AICTE Chairman; and representatives from AICTE, IKS Division, and Ministry of Education. During his speech, the education minister expressed his delight that the authors of this book have provided an academic framework for the Indian Knowledge System. During his address, he spoke on a variety of topics, including the global footprint of Indian knowledge, culture, philosophy, and spirituality and how the ancient Indian civilization has positively impacted the world.

"The Indian education system is being decolonized under the leadership of Prime Minister Narendra Modi. While we adopt the good things from our ancient past, we must also be mindful of the problems in our society and build a future that creates synergy between knowledge from the past and contemporary issues. "Solutions to many of the world’s problems lie in the Indian Knowledge System," he added.

This book seeks to fill the gap in offering a required course on IKS, recently mandated by AICTE. Moreover, the New Education Policy (NEP) has also provided a clear trajectory for imparting IKS in the higher education curriculum, necessitating a book of this kind in several higher education institutions in the country in the days to come. Although the book has been primarily developed for use by engineering institutions, the structure and the contents lend themselves easily to addressing the requirement in other university systems (Liberal Arts, Medicine, Science, and Management) for such a book. The newly released IKS textbook will enable students to bridge the divide between traditional and modern education systems by providing students with an opportunity to reconnect with the past, build a holistic scientific temper, and utilise it for carrying out multidisciplinary research and innovation.

During the event, Dr Subhas Sarkar also addressed the gathering and spoke about the need to learn about the traditional Indian knowledge systems. He cited examples from Ayurveda, the construction of ships in ancient times, aircraft knowledge, the architecture of Indus Valley Cities, and political science, which existed in ancient India. He appreciated the book Introduction to Indian Knowledge Systems, which seeks to introduce the epistemology and ontology of the Indian Knowledge Systems in all domains of life to engineering and science students in a way they can relate to, appreciate, and explore further. Shri Sarkar further added that for the upliftment of any individual, his/her roots must be strong, and to conserve these roots, one should know about the traditional Indian Knowledge System.