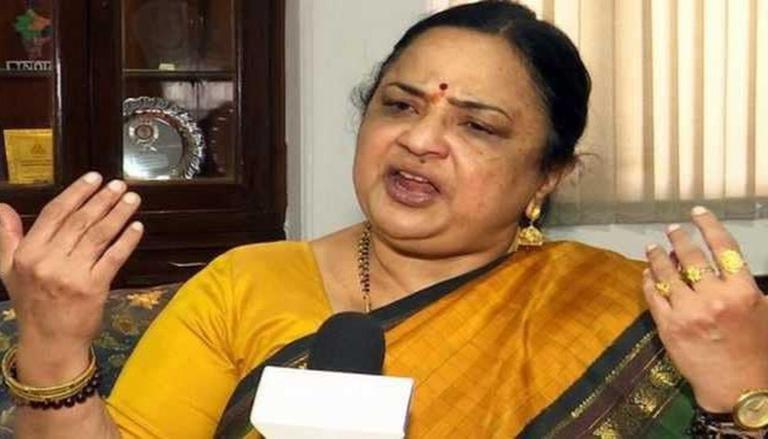 
A day after JNU Vice Chancellor Santishree Dhulipudi Pandit remarked that anthropologically Gods do not belong to the upper caste, Pandit on Tuesday clarified her comments and said that she was analysing the work of Ambedkar. Dhulipudi Pandit further said it is to the credit of Hinduism that great dissenters from Gautam Buddha to BR Ambedkar are celebrated.

The controversy stirred after JNU VC delivered B R Ambedkar's lecture series titled, ‘Dr B R Ambedkar’s Thoughts on Gender Justice: Decoding the Uniform Civil Code'. During the lecture, Santishree Dhulipudi Pandit stressed the need for caste abolition to make society better and said, "I don't think that Brahmins can sit in a crematorium. Lord Shiva wears snakes around his neck, sits in a crematorium, and wears fewer clothes, so he may be from the Scheduled Caste or Scheduled Tribe community".

On Tuesday, JNU Vice Chancellor Santishree Dhulipudi Pandit said she was speaking on Ambedkar and gender justice, decoding uniform civil code and had to analyse what was his thought.

Clarifying her comments on the caste of gods, JNU VC said, “I was speaking on Dr BR Ambedkar and gender justice, decoding uniform civil code so I had to analyse what was his thought so I was paraphrasing what he said in his books these are not my ideas.”

Further highlighting her words on Hinduism, JNU VC said, “I also said that Hinduism is the only religion and a way of life. Sanatan Dharma accepts dissent, diversity, and difference. No other faith does it and it is to the credit of Hinduism that such great dissenters from Gautam Buddha to Ambedkar are celebrated.”

It is extremely important to understand Ambedkar's philosophy: JNU VC

Referring to her remarks that according to ManuSmriti, all women are Shudras, JNU VC said, “Ambedkar wrote a lot on ManuSmriti. I was only analysing his viewpoint and he being the father of the Indian constitution and the chairman of the drafting committee, it is very important to understand his philosophy. I was analysing his point of view on gender justice.”

Remarkably, earlier, during the lecture, JNU VC said, "Let me tell all women that all women according to Manusmriti are Shudras so no woman can claim she is a brahmin or anything else and it is only by marriage that you get the husband or father's caste on you. I think this is something which is extraordinarily regressive."

While giving an explanation, JNU VC further said that controversy erupted but it is extremely important to understand his viewpoints as he is one of the great dissenters.

“It is important for the citizens of modern India especially when we are going to the Amrit Kal and looking into some of our great nationalists who have written a lot. These were not my thoughts and I am not as great as Dr Ambedkar. As a good academician, I was just analysing his view on gender and justice," she concluded.