MP Govt has ordered a probe into the alleged action of Vellore Institute of Technology (VIT) Bhopal to impose a fine on students for reciting Hanuman Chalisa. 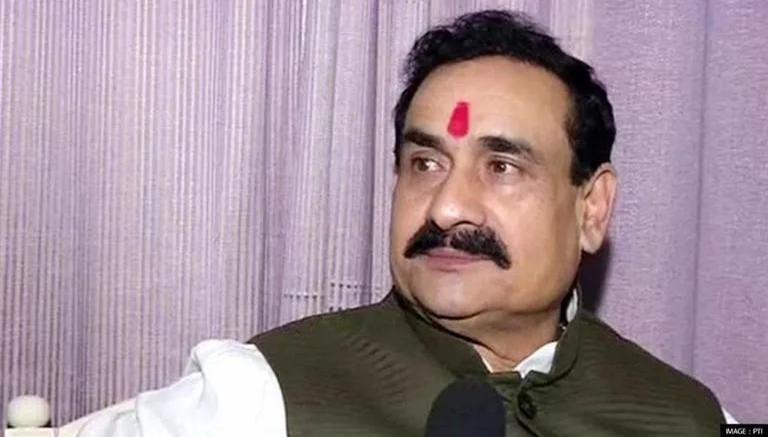 
The Madhya Pradesh government has ordered an investigation into the alleged action of a Sehore-based private educational institution to impose a fine on some of its students for reciting the Hanuman Chalisa in their hostel.

Notably, the incident occurred on the campus of Vellore Institute of Technology (VIT) Bhopal in Kothri Kalan, Sehore district earlier this week wherein some students had recited Hanuman Chalisa to draw the management attention's over poor amenities at the hostel, sources told PTI.

Reacting to this incident, Madhya Pradesh Home Minister Narottam Mishra said that he has ordered the Sehore collector to carry out an inquiry into the matter. Speaking to reporters, Narottam Mishra said, "No fine will be charged from the private institute's students for the recitation of Hanuman Chalisa. Sehore collector has been ordered to conduct a detailed inquiry into the entire matter."

Adding further he said, "If Hanuman Chalisa is not chanted in Hindustan, there where?.. I have sent a message to the institute that no fine should be imposed on the students for reciting Hanuman Chalisa. The students can be advised, but no such action can be taken." He also said that the institute took the action after some of the students, their parents and security guards raised objections over the noise caused by the recitation, PTI reported.

'Students had asked permission for reciting Hanuman Chalisa, but I declined': Chief warden

The incident reportedly took place before July 4, Monday, according to the email of VIT Bhopal chief warden Dr Navneet Kumar Verma. He said that students had approached him for permission for chanting Hanuman Chalisa but he had declined.

"We are working for your welfare and future growth and continuously trying to solve your issues. But today I got a few videos as well as pictures of a boys hostel block-1 religious gathering which can not be tolerated in any condition. Because due to this the others get disturbed," Verma told students.

Adding further he revealed that although few students had contacted him for asking permission to recite the Hanuman Chalisa, he had refused the same. He also asked the students to report to him and give an explanation of their actions in front of the hostel discipline committee.