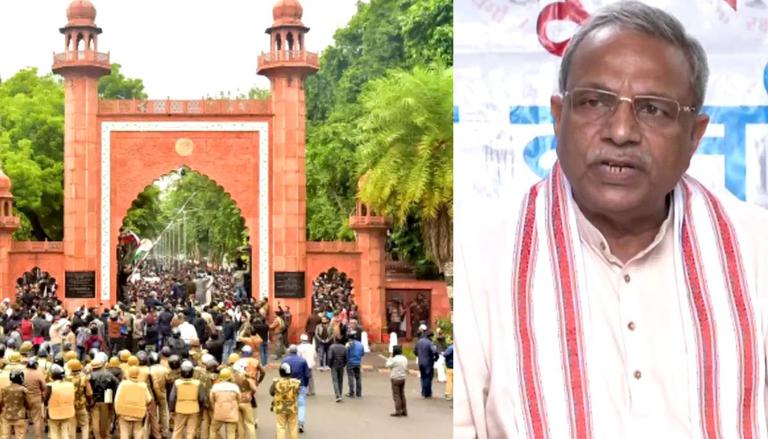 
The joint general secretary of Vishwas Hindu Parishad (VHP) Surendra Jain stated that AMU should stop taking funds from the central government if it continues to have the word "Muslim" in its name. The VHP leader further stated that Aligarh Muslim University uses land donated by freedom fighter Raja Mahendra Pratap Singh and grants from the central government to run the varsity. He further asserted that students of AMU chant anti-national slogans on campus and said this can never be tolerated. Jain made this remark while interacting with media persons after attending an event at Aligarh's Heeralal Barah Saini Inter College.

He further went on to say that the name of the "Aligarh" district should be changed to "Harigarh". He said this is a Muslim name and it was given by some invaders who attacked India. He mentioned that India's identity to the world should be known by its own culture and identity, which is derived from Ram, and not from some "Muslim attackers".

Meanwhile, AMU spokesperson Shafey Kidwi said that Aligarh Muslim University was named after a law that was passed in the Indian Parliament. He said we did not name it and we could not change it.

However, this is not the first time that demands to change the name of the university have been raised. Earlier, in 2018, a University Grant Commission audit panel had recommended dropping the word "Muslim" from the university's name as well. The then AMU registrar, Javid Akhtar, in response, said that dropping the word "Muslim" would deprive the varsity of its unique historical character. Previously, several Hindu leaders have raised the demand to change the names of Aligarh Muslim University, and Jamia Millia Islamia.