West Bengal CM Mamata Banerjee, on Thursday, announced that all students who returned from war-hit Ukraine will be allowed admission to colleges in the state. 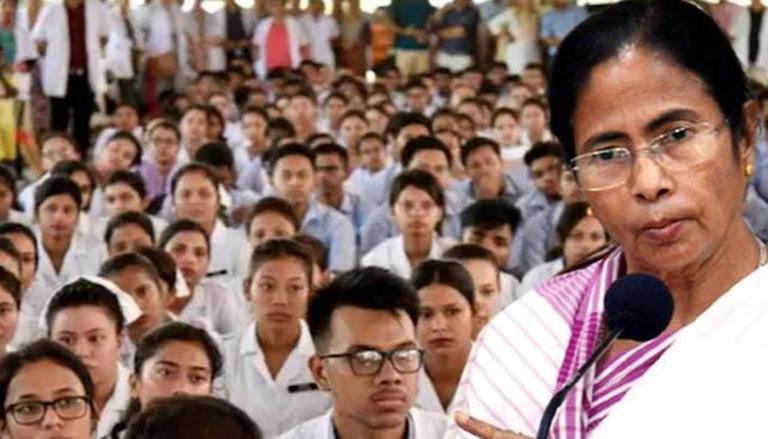 
West Bengal Chief Minister Mamata Banerjee on Thursday announced that all students who have returned from war-hit Ukraine will be allowed admission to the state's colleges. Slamming the Central government, CM Banerjee said that the NDA government did not help these students, but she will. The West Bengal government has decided that all medical students who returned from Ukraine will be accommodated at various private and state medical colleges soon. The state government has also asked colleges to give concessions to these students.

According to reports, more than 400 students from West Bengal returned from Ukraine following Russia's aggressive military operation that started on 24 February 2022. Ever since the medical students returned from the war-ravaged country, they have been appealing to the government to take the necessary steps to save their future as the chance of returning to Ukraine to continue their courses was low.

After the central government decided to undertake Operation Ganga and rescue its people from the war-torn country, the medical students managed to return to their homeland but remained concerned about how they could continue their education.

The announcement made by West Bengal CM Mamata Banerjee comes as a major relief for the students who were pursuing careers in the medical field in Ukraine. According to the West Bengal government's data, there are a total of 409 MBBS students and three in dental courses.

Earlier, parents of MBBS students who were forced to return to India from war-torn Ukraine had gathered in large numbers at the Jantar Mantar in the national capital, urging the Central government to intervene to accommodate their children in medical colleges.

More than 500 parents from across 18 states, along with students who were pursuing medical courses, gathered in New Delhi. However, there has been no response from the Centre on this issue. While speaking to news agency ANI, a group of parents expressed concern over the determining situation in Ukraine and said the future of their wards is at stake as they were forced to leave their studies due to Russia's invasion.