Located at the juncture of Andaman sea and the Bay of Bengal, the Island is a union territory of the country. There are over 2,00,000 eligible voters in the state, out of them, 11 are third gender voters.

In 2014, BJP MP Bishnu Pandey Ray won the single seat and was in the fray with Congress' Manoranjan Bhakta. The union territory went to polls on April 11. 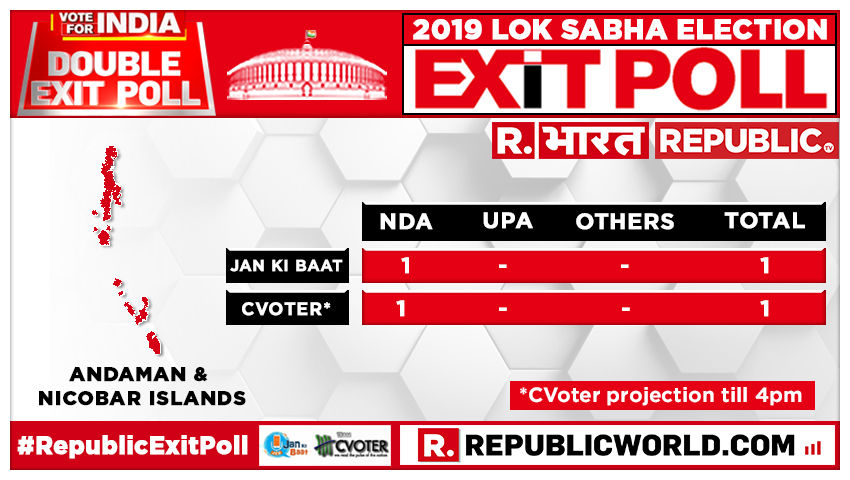 BJP is projected to retain its seat in the union territory. As per CVoter's vote-share projections, UPA will secure 41.1% while BJP is predicted to lead with 45.2%