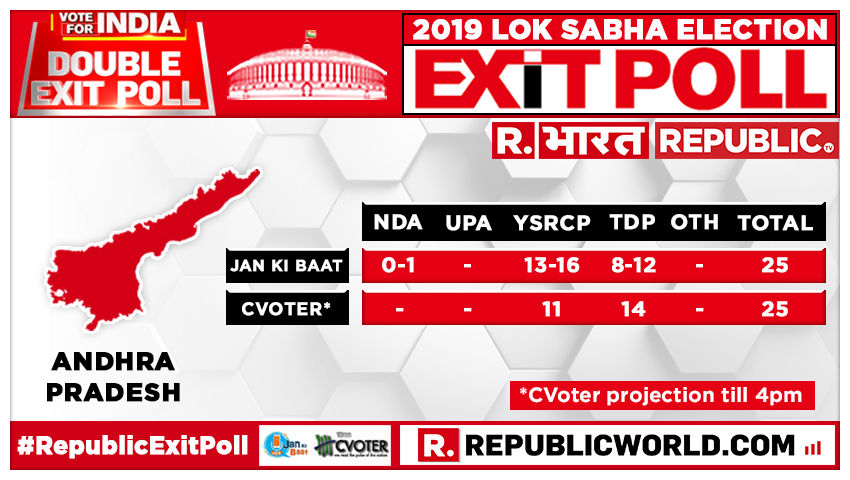 As per the predicted figure, the TDP and YSRCP are locked in a direct fight for power even as BJP and Congress contested all seats on their own. The projection reflects that TDP will win 15 seats whereas Jagan Mohan Reddy's YSRCP is likely to end up with a tally of 11 seats.

According to Jan Ki Baat projection, it's a win for YSRCP president YS Jagan Mohan Reddy as he is likely to gain 13-16 seats in 2019 Lok Sabha Election. On the other hand, this election might turn out an offseason for TDP as it is projected to win approximately 8-12 seats.

Here's how Andhra Pradesh voted in the last three elections in the state:

In 2014, Chief Electoral Officer Bhanwarlal said around 78.70% of the 3.68 crore voters exercised their franchise across 175 Assembly and 25 Lok Sabha constituencies in the region and the voting percentage was seen as likely to touch 80%. The highest turnout of 82.97% was recorded in Guntur district and the lowest of 70% in Vishakhapatnam district.

In the previous General Election, the Telugu Desam Party led by N. Chandrababu Naidu won a majority and is currently ruling the state of Andra Pradesh.