Amid all Election exit polls projecting AAP retaining the 70-seat Delhi Assembly, BJP Delhi Chief Manoj Tiwari on Saturday, has stated that all polls will fail on February 11 - result day. Claiming that certain polls predict BJP winning 26 seats, he said that BJP will form government in Delhi with over 48 seats. Moreover, talking to Republic TV, he claimed that BJP will garner 56% of the vote share.

Manoj Tiwari: 'All polls will fail on February 11'

BJP Delhi Chief Manoj Tiwari: Certain exit polls are showing that BJP will win 26 seats, but let me tell you that all these exit polls will fail on 11 Feb. BJP will be forming govt in Delhi with over 48 seats. pic.twitter.com/sYMsO2LE2U

The 70-seat Delhi Assembly which has just finished polling on Saturday - February 8, is projected to be won by AAP, according to the Republic Jan Ki Baat Exit Polls. While the polls saw a meager 57% voter turnout, it witnessed an intense poll campaign by the three contending parties  - Congress, BJP and AAP with 672 candidates in the fray.  The term of the current 70-seat Assembly, where AAP holds an absolute majority, will expire on February 22. 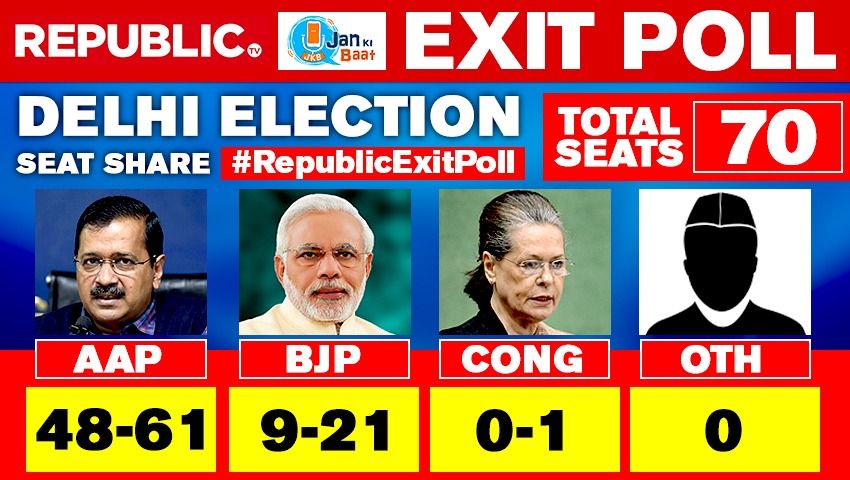 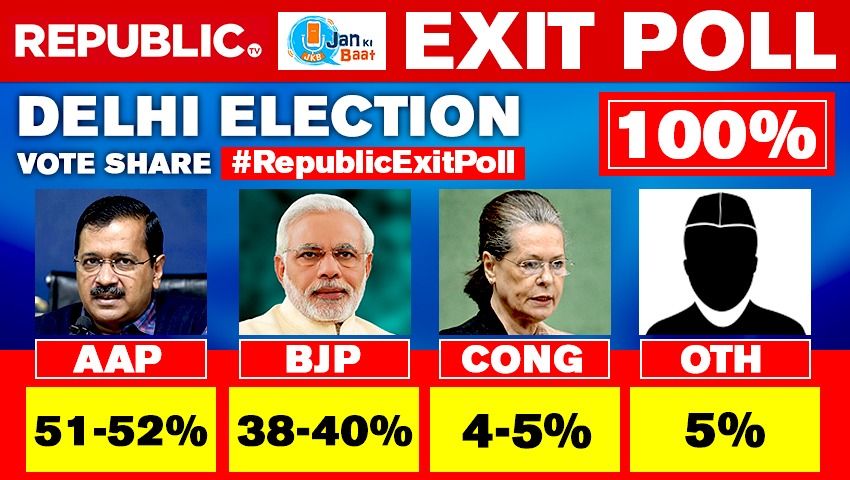