With just two seats two determine the fate of the parties in Goa, it appears that the BJP is likely to continue its 2014 win, as per the Jan Ki Baat survey. The CVoter survey however projects that the BJP and Congress will each win one.

With just two seats to determine the fate of the parties in Goa, it appears that the BJP is likely to continue to keep up its 2014 win, as per the Jan Ki Baat survey. The CVoter survey however projects that the BJP and Congress will each win one.

The BJP had lost its majority in the 2017 assembly polls in the state, but managed to form a government under the leadership of the late Manohar Parrikar who helped forge an alliance with Maharashtrawadi Gomantak Party (MGP), Goa Forward Party (GFP) and some independents. With the demise of former CM Manohar Parikkar, BJP's Pramod Sawant has taken over as the chief minister of Goa. 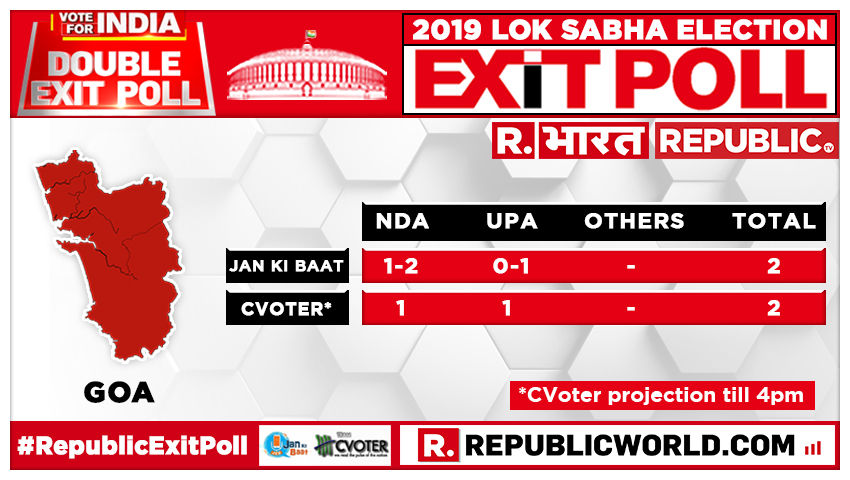 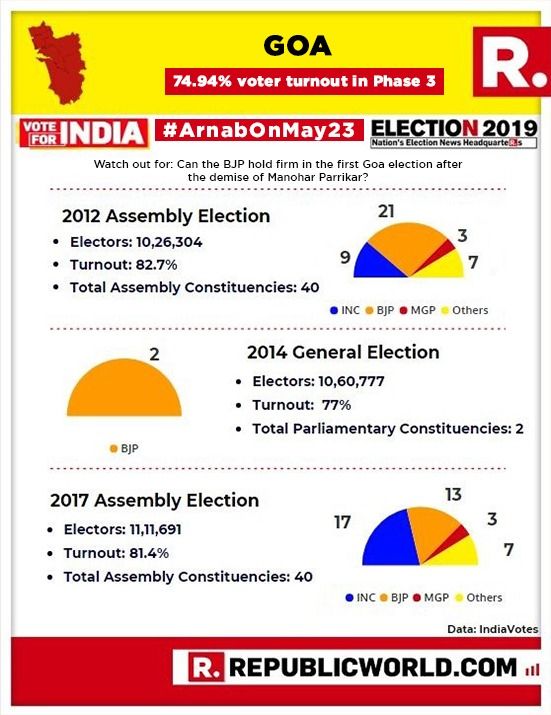 The battle for Goa:

A recent political battle was fought between the Congress and the BJP following Manohar Parrikar's death as the grand old party had claimed to have a majority. However, BJP annointed the CM soon after Parrikar's death and retained the power in the state.The new CM Pramod Sawant won the trust vote in the assembly.

Soon after that, Manohar Ajgaonkar and another Maharashtrawadi Gomantak Party (MGP) MLA Dipak Pawaskar merged their party's legislative wing with the BJP.