In Haryana, the BJP had swept the polls in 2014 decimating the Congress to just one seat and winning seven seats. It appears that anti-incumbency will play no spoilsport for the BJP as both CVoter and Jan Ki Baat surveys predict that BJP will win more seats in the state than what it had in 2014.

In Haryana, the BJP had swept the polls in 2014 decimating the Congress to just one seat and winning seven seats. It appears that anti-incumbency will play no spoilsport for the BJP as both CVoter and Jan Ki Baat surveys predict that BJP will win more seats in the state than what it had in 2014. 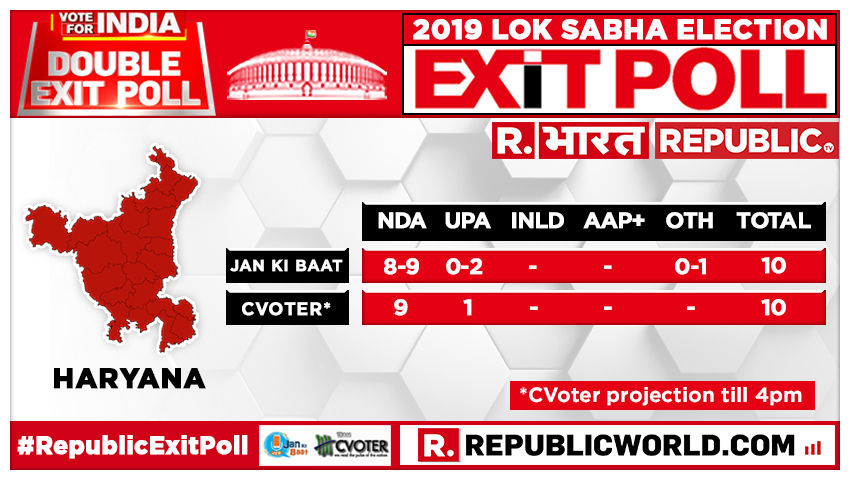 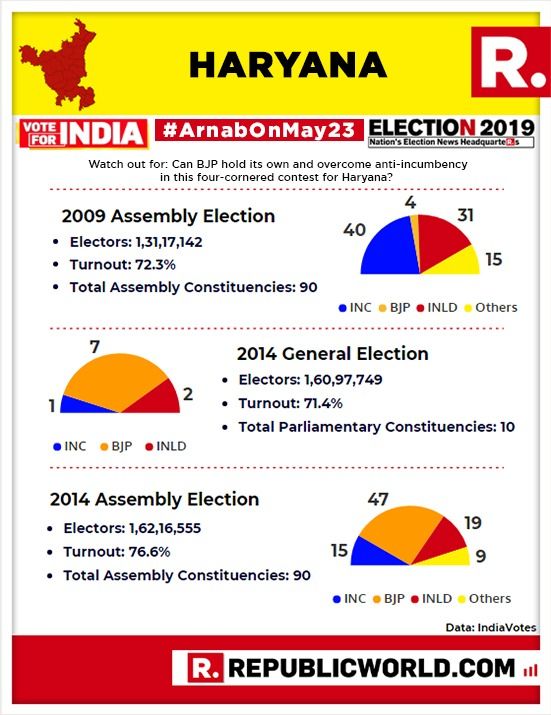 The battle for Haryana:

The AAP which is trying to make its presence felt beyond Delhi had been seeking an alliance with Congress. AAP and Congress held talks until the last date of filing nomination for the polls but alliance did not happen. Both Arvind Kejriwal and Rahul Gandhi blamed each other for the debacle.