2019 Lok Sabha Elections: India Goes To Polls For Phase 4 Of General Elections- Voting To Be Held For 72 Seats

Polling will be held on Monday for the fourth phase of Lok Sabha election in 72 parliamentary constituencies spread across nine states
Update at 19:15
8 months ago | April 29, 2019 19:32

The poll body has also released the consolidated figures for the earlier 3 phases:

#May23WithArnab | Amitabh Bachchan arrives with Abhishek, Aishwarya and Jaya Bachchan to cast his vote in Mumbai.

Union Min&BJP leader Piyush Goyal after casting his vote at Walsingham School, Malabar Hill in Mumbai: This election is now a Tsunami election. North South,East&West, Modi wave has overtaken the country. PM Modi is the tallest leader today in the country. #LokSabhaElections2019 pic.twitter.com/S6fXnrhLE1

#May23WithArnab | The voter turnout for 12 pm is out. Tune in to watch LIVE coverage here- https://t.co/LGCyJUEBn5 pic.twitter.com/3iVu3C6tpQ

Filmmaker Madhur Bhandarkar and his wife Renu Namboodiri after casting their vote at polling booth number 167 at M.M.K. College in Bandra. 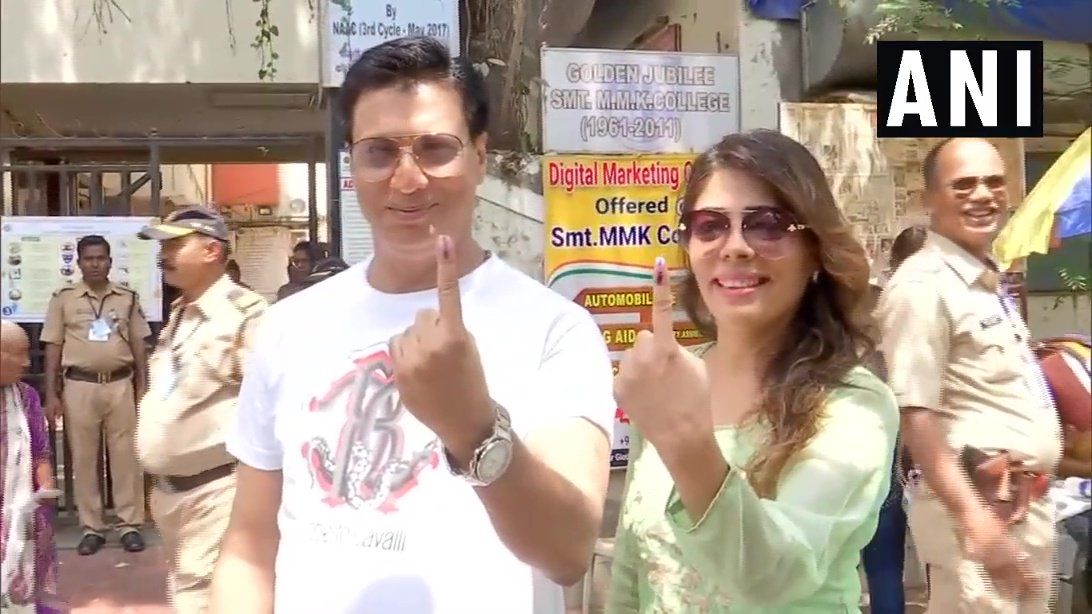 #Mumbai: Chairman of Mahindra Group, Anand Mahindra after casting his vote in Malabar Hill, says, "We all have been infected by the virus of progress and growth. Even if a coalition govt comes, it should work towards progress and growth of the country." pic.twitter.com/Mcf1q7CmCW

#Mumbai: Actor Kangana Ranaut after casting her vote at a polling booth in Khar. #LokSabhaElections2019 pic.twitter.com/L4nXhMbyvj

Mumbai: Priya Dutt after casting her vote at a polling booth at St. Anne's High School in Bandra for the 4th phase of #LokSabhaElections2019 She is the Congress candidate from the Mumbai North Central LS seat, Poonam Mahajan is the BJP candidate from the constituency. pic.twitter.com/3Ac7qg9bab

#LIVE on #May23WithArnab | Republic TV speaks to Raymond Group CMD Gautam Singhania as he casts his vote in #Phase4 of the 2019 Lok Sabha elections. Tune in to watch here - https://t.co/LGCyJUEBn5 pic.twitter.com/4l2kdGue6L

Actress Bhagyashree after casting her vote at a polling booth in Vile Parle. 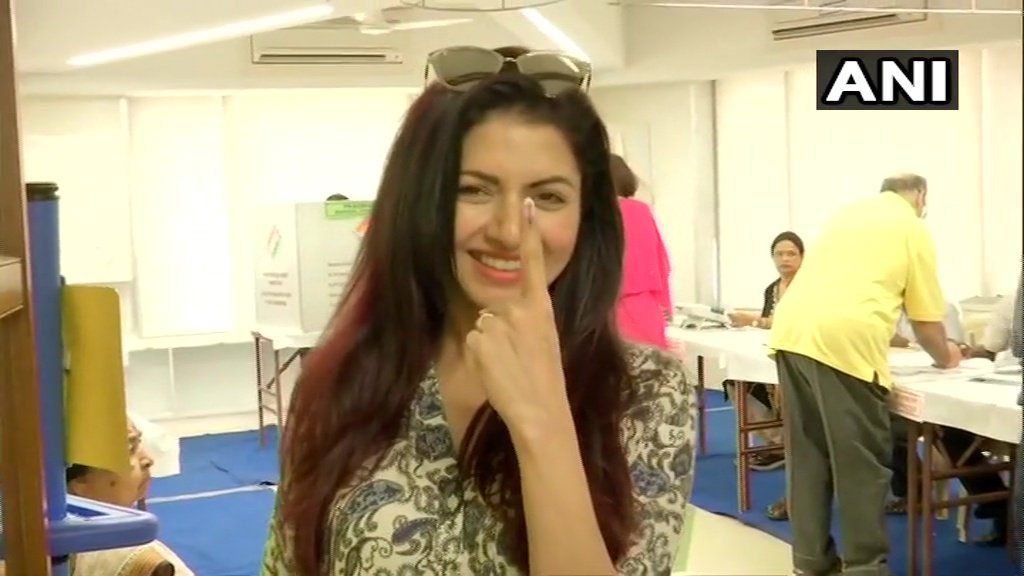 #LIVE on #May23WithArnab | Tune in to Republic TV for the quickest updates on voter turnout figures in all of the states going to polls in #Phase4 of the 2019 Lok Sabha elections, here - https://t.co/LGCyJUEBn5 pic.twitter.com/Vhl6FVSOcS

#LIVE on #May23WithArnab | Sonali Bendre casts her vote in Mumbai. Tune in for all the updates on Phase 4 of the Lok Sabha polls. Watch here - https://t.co/LGCyJUEBn5 pic.twitter.com/3798Y3XdfM

#Bihar: CPI candidate from Begusarai, Kanhaiya Kumar after casting his vote at a polling centre in Begusarai. #LokSabhaElections2019 pic.twitter.com/zL57N8dUDB

#May23WithArnab | I can't say what to expect in terms of voter turnout but people will be far more aware. I urge the voter of South Mumbai: Milind Deora
Tune in to catch all the LIVE updates- https://t.co/LGCyJUEBn5 pic.twitter.com/nI0kpudbBk 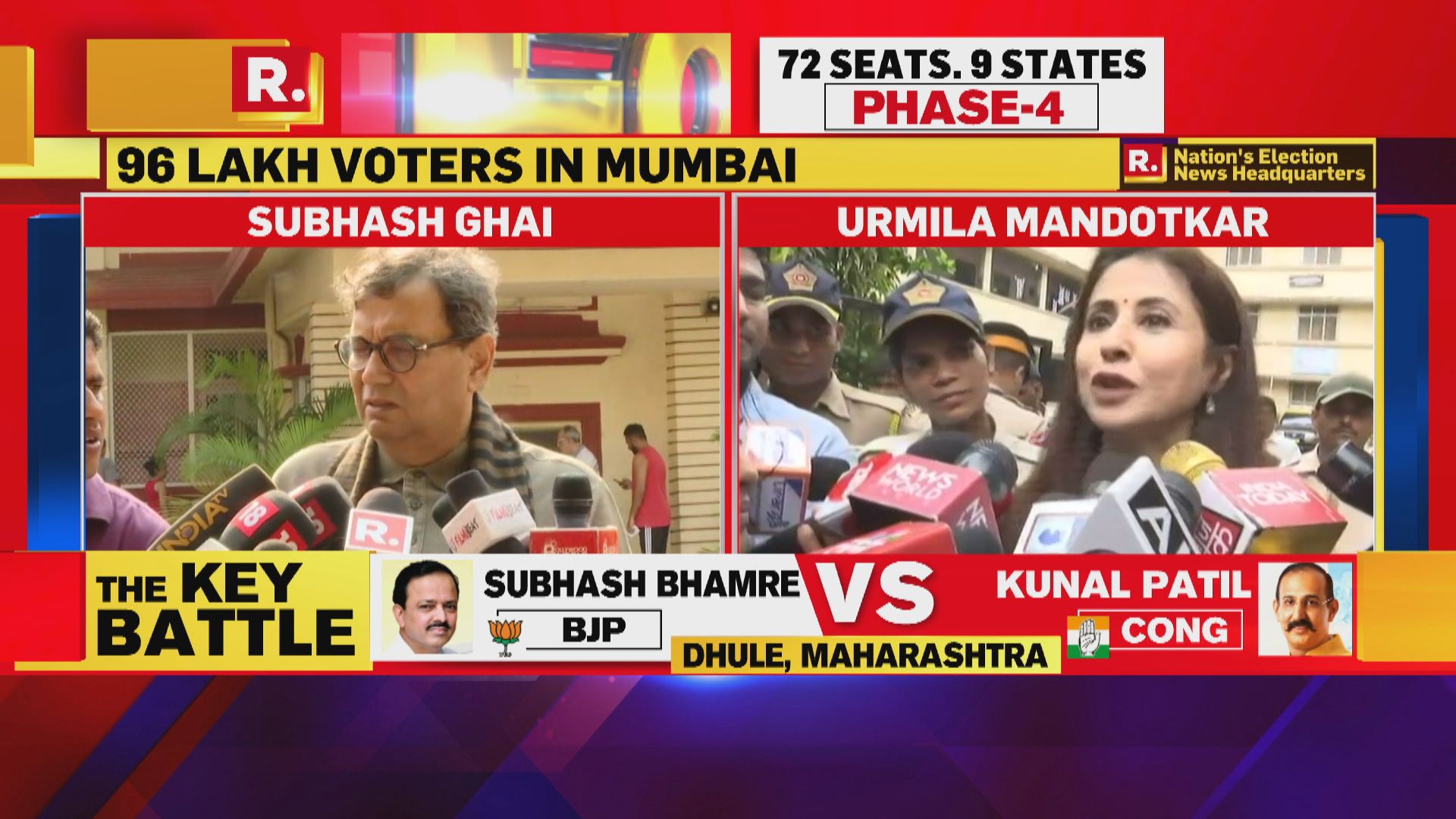 #Mumbai: Veteran actress Shubha Khote after casting her vote at a polling booth in Juhu, in the #Phase4 of #LokSabhaElections2019 . pic.twitter.com/ZNiCksp7FN

#May23WithArnab | I would like to tell all the youngsters that this is a great responsibility so come out and vote: Former Rajasthan Chief Minister Vasundhara Raje casts her vote in Jhalawar, Rajasthan.
Tune in for LIVE updates here-https://t.co/LGCyJUEBn5 pic.twitter.com/sH8ZR6VB6c 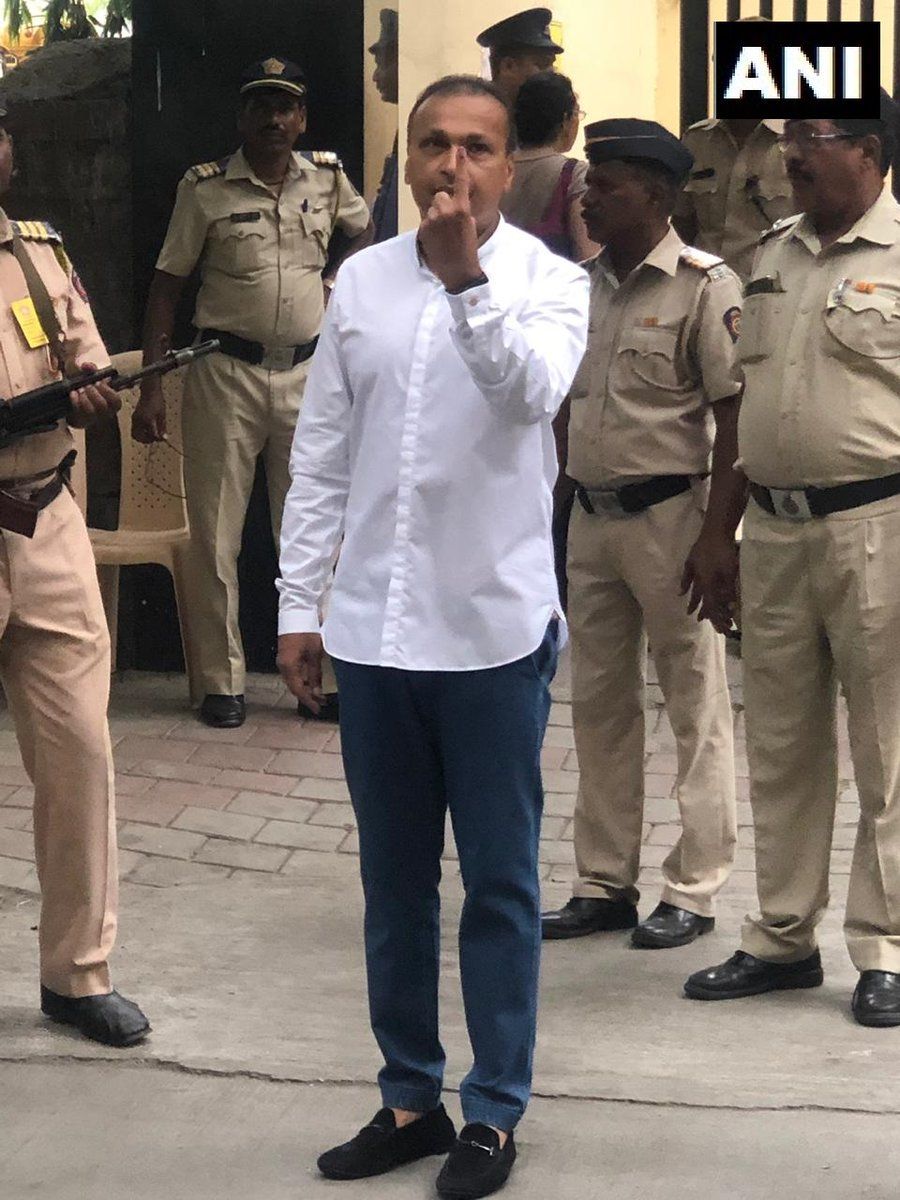 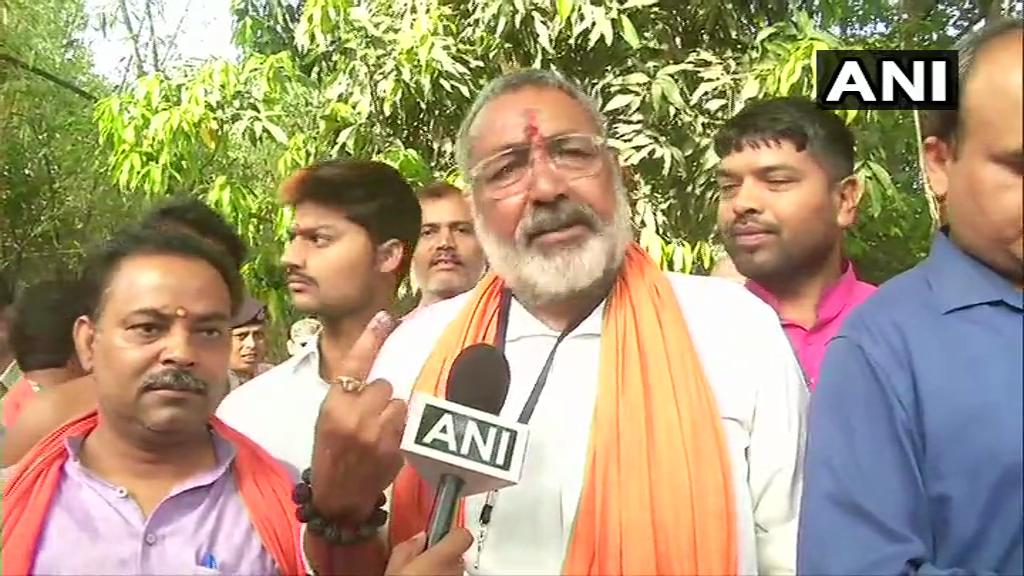 As the fourth phase of 2019 Lok Sabha Elections begins, PM Modi urges citizens to break the voting records of the previous three phases.

Another phase of the General Elections begins today. I hope those voting today do so in large numbers and break the voting records of the previous three phases.

A special appeal to young voters to head to the polling booth and exercise their franchise.

Rajasthan: Visuals of preparation from polling booth number 32 in Jhalawar. Voting for the fourth phase of #LokSabhaElections2019 will begin at 7 AM today. pic.twitter.com/vWchfeAqGf

Mumbai: Preparations are underway at polling station 283 in Hill Road, Bandra West. Voting for the fourth phase of #LokSabhaElections2019 will begin at 7 AM today. pic.twitter.com/hdRkIs8a63

With the political discourse widenening as popular faces from varied fields entering the political stream to full-fledged campaigning underway across the country, India will move into its fourth phase of polling on Monday in 72 parliamentary constituencies spread across nine states.

The stakes are high for the ruling BJP and its allies as it had swept 56 of these seats in 2014, leaving just two for the Congress and the rest for other opposition parties such as the Trinamool Congress (six) and the Biju Janata Dal (six).

With 9 states, 72 seats and 961 candidates in fray, the states that will go to polls on Monday are-

Voting will take place in 17 seats in Maharashtra, 13 each in Rajasthan and Uttar Pradesh, eight in West Bengal, six each in Madhya Pradesh and Odisha, five in Bihar, three in Jharkhand and a part of the Anantnag constituency in Jammu and Kashmir.

Election in Rajasthan and Madhya Pradesh, where the BJP had cornered all but two of the total 54 seats in 2014, will begin in this phase. The Congress appeared to make a comeback, forming the governments in the states after last year's Assembly polls.

In the first three phases, voting has been held in 302 Lok Sabha constituencies, and 168 more seats will go to polls in the last three phases.

The polls will see seats from where high profile candidates are contending:

The fate of 961 candidates, including Union ministers Giriraj Singh, Subhash Bhamre, S S Ahluwalia and Babul Supriyo of the BJP and former Union ministers Salman Khurshid and Adhir Ranjan Chowdhury of the Congress, will be decided by about 12.79 core voters in the fourth phase.

The Election Commission has set up 1.40 lakh polling booths/stations and has made elaborate security arrangements.

In Maharashtra, where election will come to end with this phase, the opposition Congress is facing a tough task of reclaiming its lost base in north Maharashtra and Mumbai, while the NCP is trying to get a foothold in Thane district and Western Maharashtra. The BJP and its ally Shiv Sena had won all 17 seats in 2014.