Noted jurist and former Attorney General of India, Soli Sorabjee on Tuesday called the promises made by Congress in the party's election manifesto ‘nonsense.’

Noted jurist and former Attorney General of India, Soli Sorabjee on Tuesday called the promises made by Congress in the party's election manifesto ‘nonsense.’ His comment came after the Congress party released its 2019 poll manifesto on Tuesday and faced flak for its promises on the national security and other fronts.

Sorabjee specifically opined on the Congress promise to scrap the Sedition law, holding that the Rahul Gandhi-led party's endeavour to repeal 'Colonial-era laws' on criminal defamation and sedition, if voted to power, are ‘impractical.’

While the main focus of the manifesto by the Congress party was the newly announced 'Nyay' minimum income guarantee scheme, the grand old party has also promised to abolish Section 124A of the Indian Penal Code, i.e. Sedition. 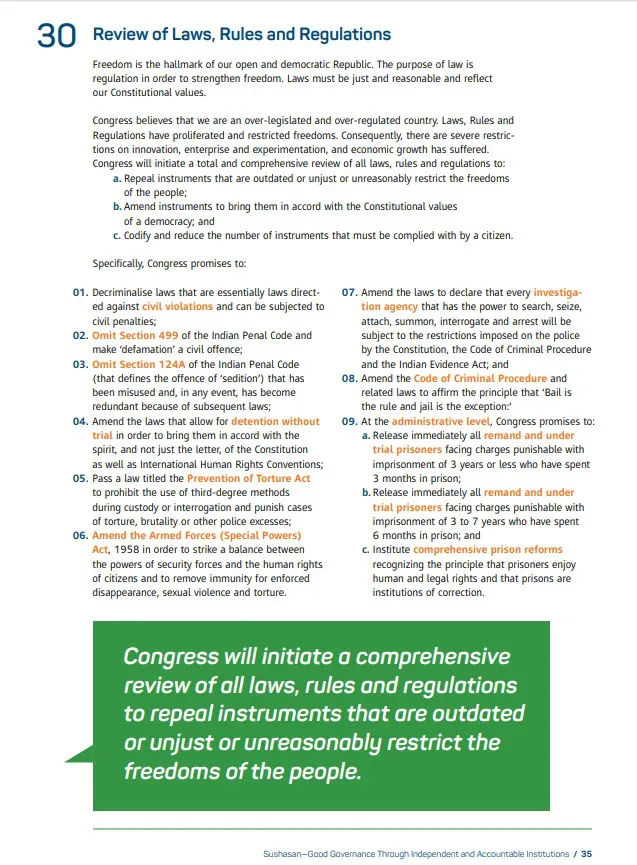 Soli Sorabjee was clear in his response on the Congress' idea to abolish these laws. However he did not comment when asked about the cases against Rahul Gandhi. The Congress chief is facing trial in a criminal defamation case in Bhiwandi in Maharashtra for allegedly blaming RSS for the assassination of Mahatma Gandhi.