The Congress on Tuesday released its manifesto for 2019 Lok Sabha polls. Catering to the issues of 'Environment And Climate Change' on page 551, the Congress party aims to take the battle against global warming and for the protection of the environment for the forefront.

The Congress on Tuesday released its manifesto for 2019 Lok Sabha polls. The 55-page titled 'Hum Nibhayenge' (We will deliver) manifesto released by party president Rahul Gandhi, focuses on addressing the issues of joblessness, farm distress, safety of women and boosting the rural economy, with stress on building a narrative on "real issues" faced by people.

Catering to the issues of 'Environment And Climate Change' on page 551, the Congress party aims to take the battle against global warming and for the protection to the environment for the forefront. Claiming to be the first Indian political party to acknowledge the consequences of Climate Change (Smt. Indira Gandhi in Stockholm on 14 June 1972), Congress party stated that the BJP Government did virtually nothing in the last 5 years to arrest this deterioration of the country's environment.

Here are some of the brief pointers of the promises made by the Congress party in its 2019 election manifesto for the betterment of the environment laws: 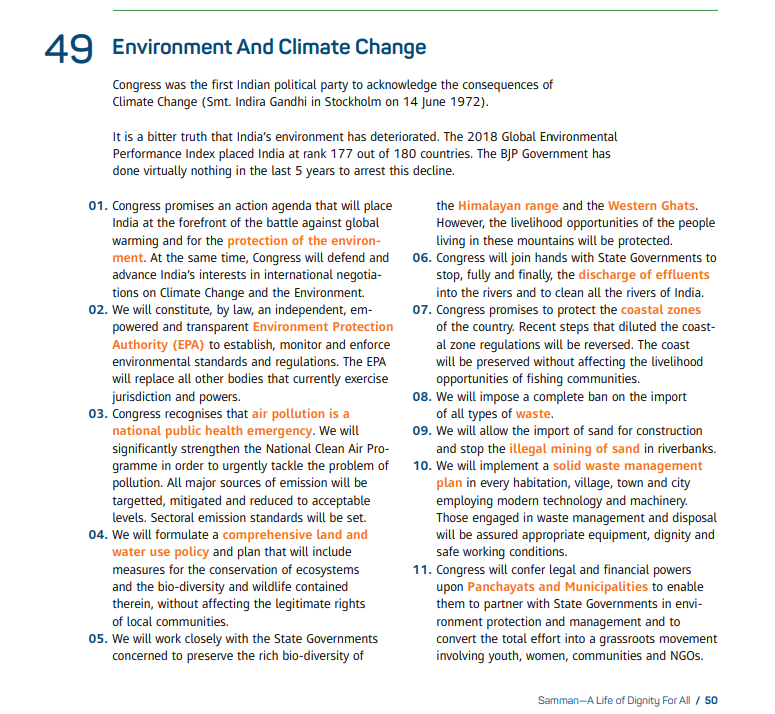 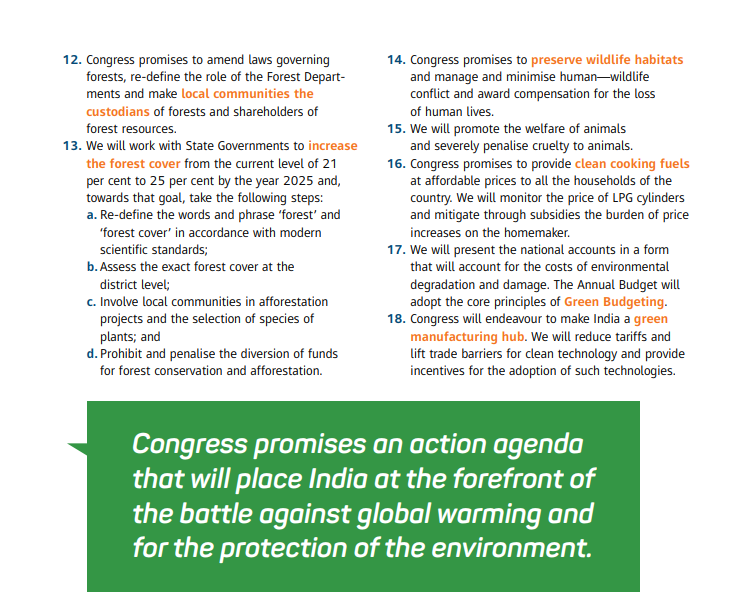 Earlier, addressing the rising environmental concerns, the Congress president had posted a tweet on March 30 stating that India needs to repair and restore the water bodies and regenerate and afforest the wasteland, for which Rahul Gandhi has promised to employ rural youth in the gram sabhas.

We will employ lakhs of rural youth in our gram sabhas to improve the environment.

Today, there are 22 Lakh job vacancies in Government.

Devolution of funds from the Center to each State Govt for healthcare, education etc. will be linked to these vacant positions being filled.