After being chosen to lead the country for a second term as the Prime Minister following the stupendous victory of his party BJP in the Lok Sabha elections, PM-elect Narendra Modi met his mother Heeraben Modi in Gandhinagar in Gujarat on Sunday.

After being chosen to lead the country for a second term as the Prime Minister following the stupendous victory of his party BJP in the Lok Sabha elections, PM-elect Narendra Modi met his mother Heeraben Modi in Gandhinagar in Gujarat on Sunday.

See pictures from his visit to his mother's residence below.

PM Narendra Modi at his mother's home, seeking her blessings. 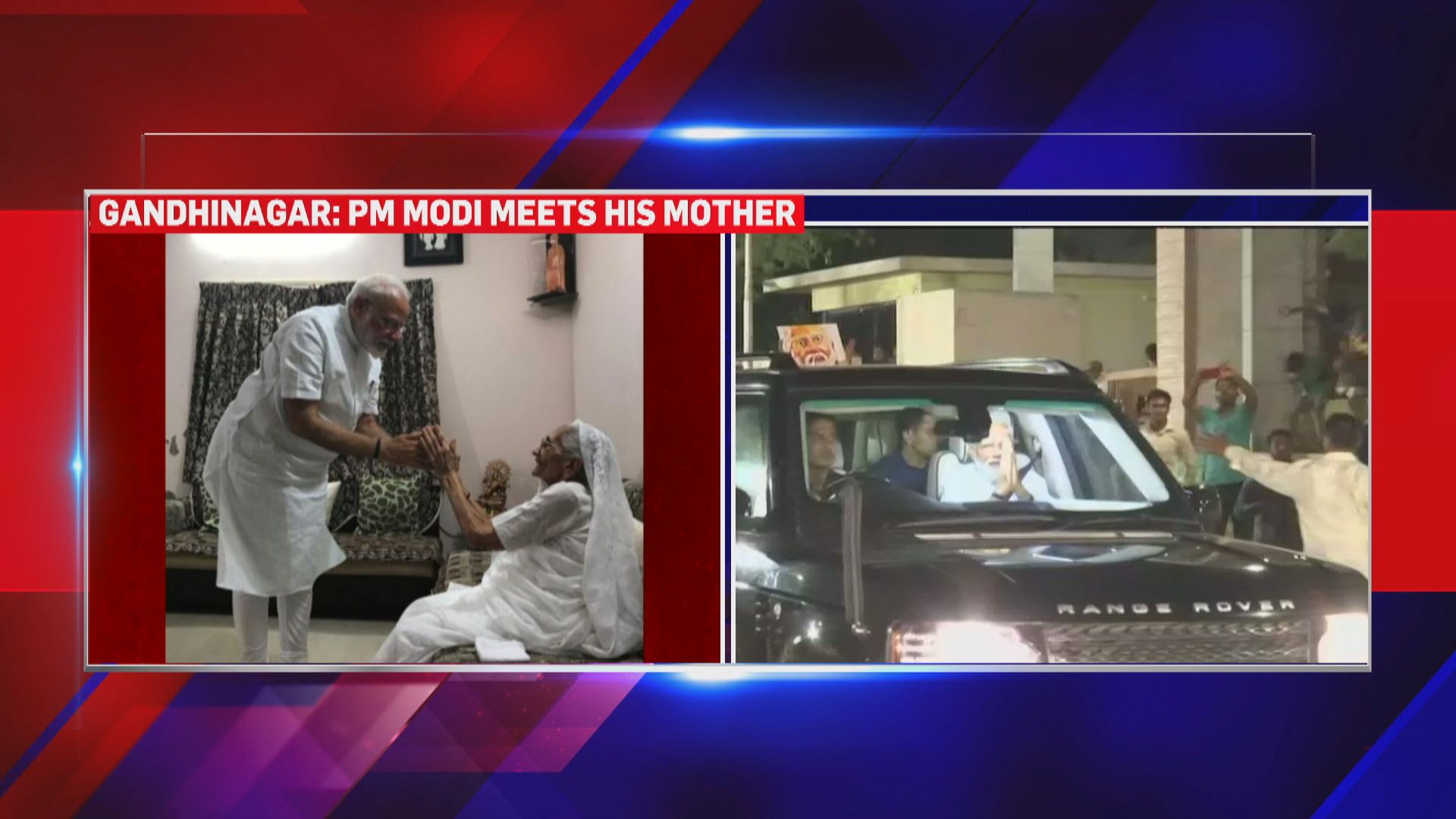 Prime Minister Narendra Modi meets his mother Heeraben Modi at her residence in Gandhinagar and seeks her blessings. #Gujarat pic.twitter.com/qWEwnJo1Y9

A huge crowd gathered after PM Modi left from his mother's home.

#LIVE | Massive crowd gathers to bid adieu to PM Narendra Modi after he leaves from his mother Heeraben Modi's residence in Gandhinagar.
Tune in for updates here - https://t.co/Ar5oNWEpM1 pic.twitter.com/x7JAIIlAMg

PM Modi made his first visit to Gujarat on Sunday after being appointed to the position of Prime Minister a day earlier. He addressed BJP cadres in Old BJP office in Ahmedabad. BJP chief Amit Shah also joined him in his visit to the party office and gave a speech to the party workers.

Earlier on Sunday, PM Modi had also called on Vice President M Venkaiah Naidu at his official residence in New Delhi. Venkaiah Naidu greeted him on being elected as the leader of the NDA and the next Prime Minister.

Venkaiah Naidu and Modi discussed many issues, including accelerating development and strengthening Parliamentary institutions, over breakfast.

Prime Minister-elect Modi was on Saturday appointed prime minister by President Ram Nath Kovind after he was unanimously elected NDA parliamentary party leader at a meeting in which he asked coalition members to work without discrimination, stressing on the need to win the trust of minorities.

In the general election, he led the BJP-led NDA to a landslide victory with the alliance winning 353 seats, including an unprecedented 303 by the BJP.

PEOPLE HAVE PLEDGED SO FAR
PM Narendra Modi to visit Gujarat to seek blessings from his mother, address public events: Live Updates
Evin Lewis is hopeful of West Indies getting 'over the line' in World Cup
UK PM Theresa May sends a message to PM Modi as he storms back to power; latter asserts commitment towards strengthening of ties
'Offered to party to quit as Chief Minister, will continue as Trinamool chief,' says Mamata Banerjee after BJP makes big inroads into her bastion by winning 18 seats in West Bengal
King, PM of Bhutan, Australian premier congratulate PM Modi on election win
Congress can never die, country needs it: Ashok Gehlot
READ: Congress debacle in 2014 vs Congress disaster in 2019, seat by seat comparison of party's performance in Lok Sabha elections
DO NOT MISS
INDIA LEGENDS' SQUAD ANNOUNCED
ANOTHER JAMIA VIDEO EMERGES
SIBAL SLAMS CENTRE AND POLICE
CORONAVIRUS UPDATES ACROSS INDIA
AKHILESH YADAV SLAMS BJP OVER JAMIA
AMERICANS EVACUATED FROM SHIP