Stating that prima facie Sidhu violated the model code of conduct in place for the Lok Sabha polls and also a Supreme Court direction barring use of religious references for political propaganda, the poll body had given 24 hours to the Congress leader to respond to the notice.

Following which a campaigning ban has been imposed on the leader for 72 hours starting 10 AM on Tuesday morning. 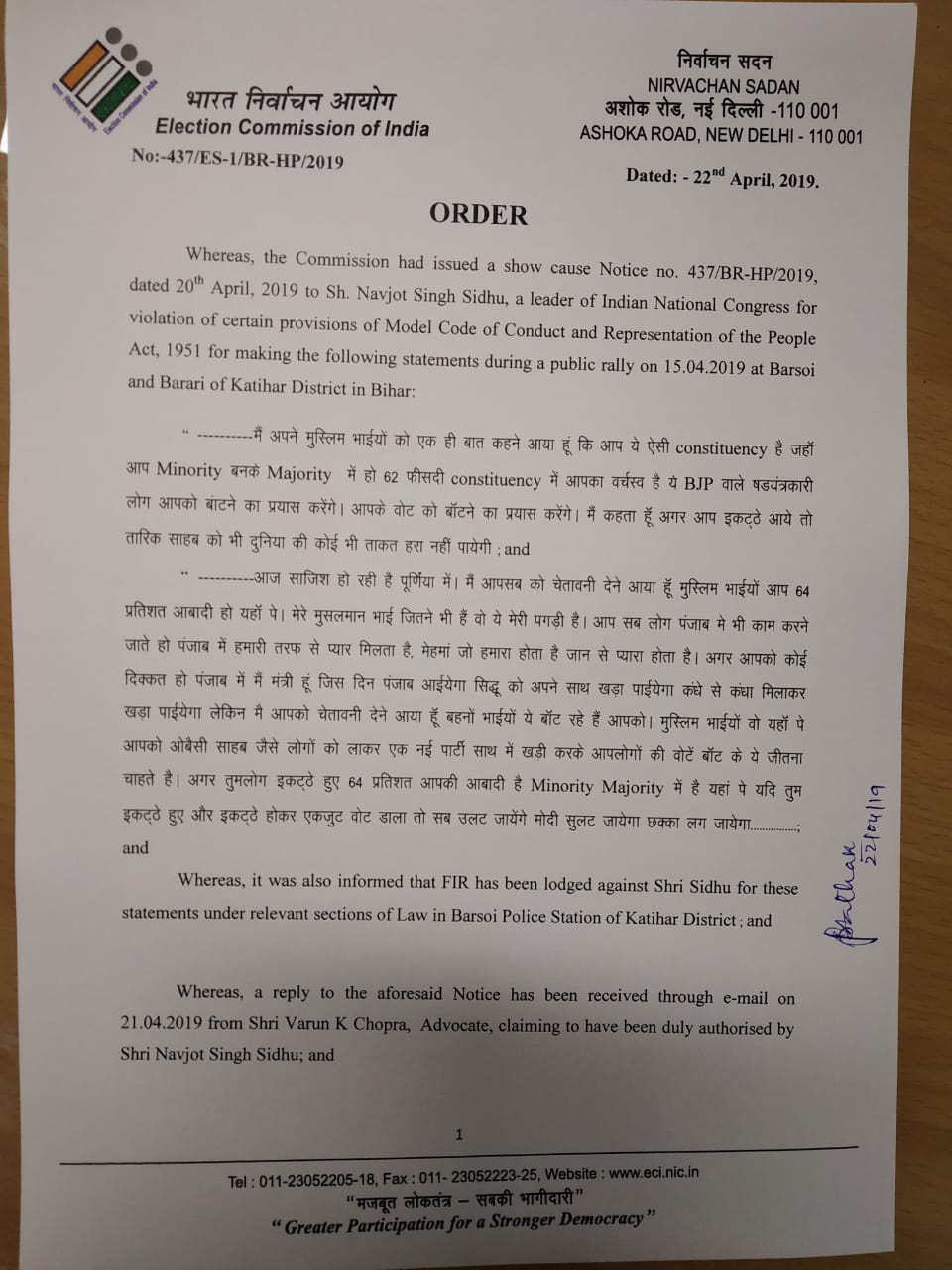 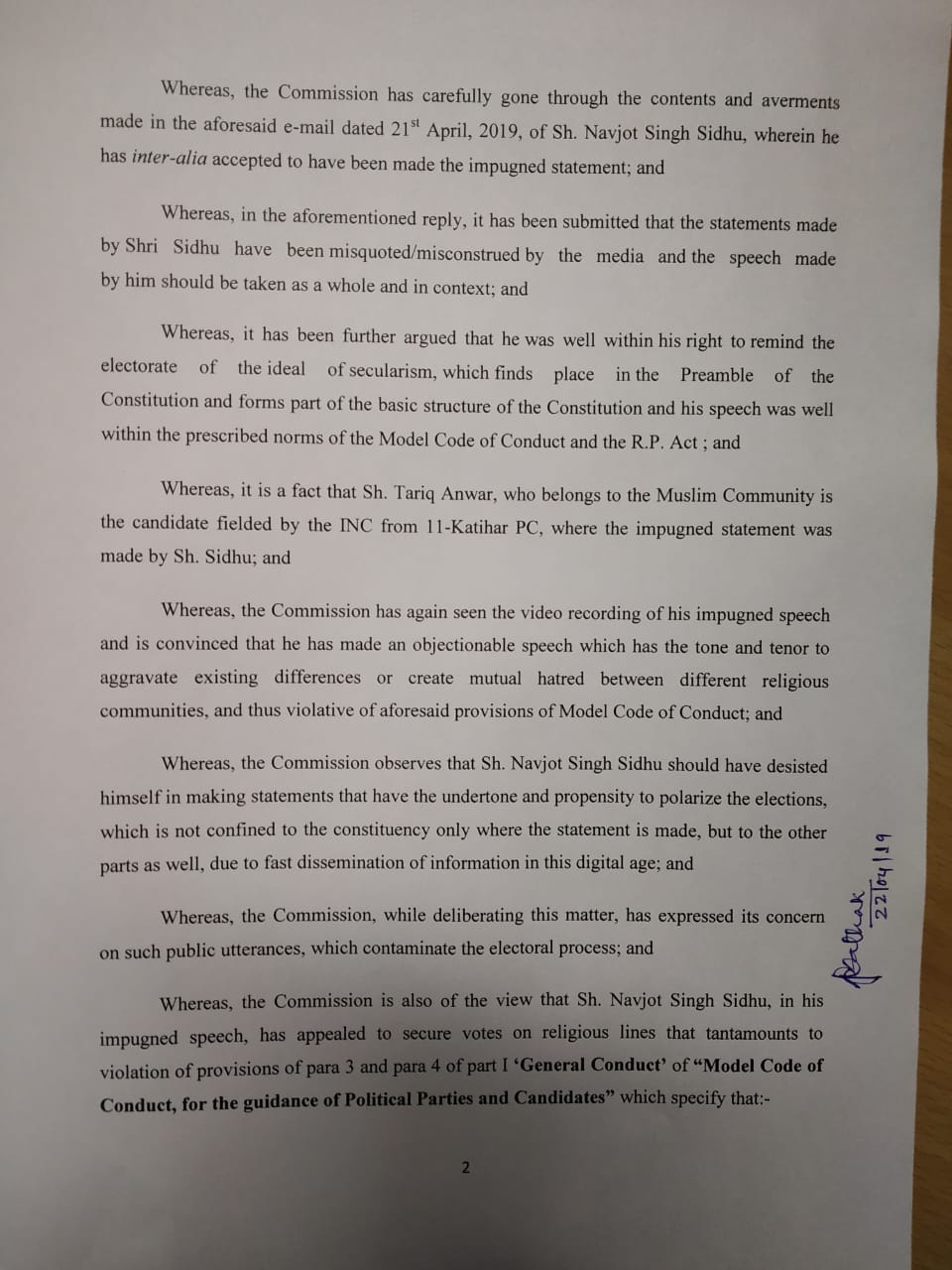 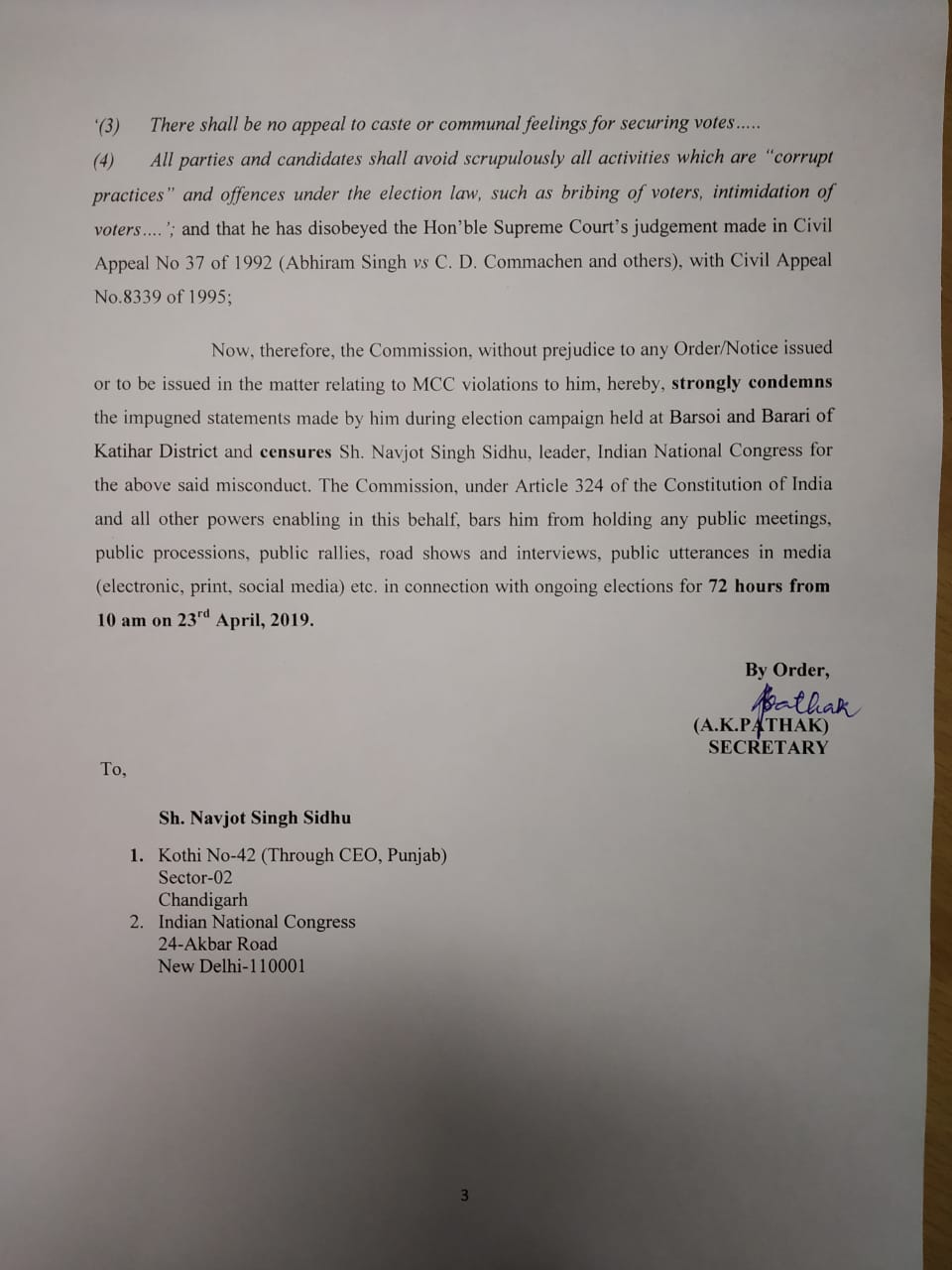 WATCH: BJP Defends Yogi Adityanath Before EC Saying UP CM Made His Remarks Based On Belief And Not As An Appeal To Voters, Seeks Action Against Navjot Sidhu's Communal Call

While addressing a rally in Bihar's Purnia, Navjot Singh Sidhu had urged the '64 per cent Muslim population' in the region to vote to remove the government-led by PM Modi.

"Muslim brother, people like Owaisi want to win by dividing the Muslim vote here. 64% is your (Muslim) population is in majority here and if you will get together and cast your votes, then Modi will be finished," said Sidhu in a public rally in Purnia on Tuesday.

Later, justifying his polarising speech, the Punjab minister told media that he was not trying to divide votes, but was only urging the Muslim voters to oust PM Modi.

"Was not trying to divide anyone. Was only saying that Muslims need to unite against PM Modi who doesn't have their best interests at heart. I have not received any notice from Election Commission," Sidhu said.

Following his controversial remarks, an FIR was lodged against the Punjab Congress leader by the district authorities of Katihar.

"An FIR has been lodged against Sidhu under a section Indian Penal Code and section 123 (3) of the Representation of the People Act," Bihar chief electoral officer H R Srinivasa told.

Prior to the Congress leader, BSP supremo Mayawati, Uttar Pradesh chief minister Yogi Adityanath and Union Minister Maneka Gandhi came under the scanner of the Election Commission over polarising statements and SP's Azam Khan for making lewd comments against Jaya Prada of the BJP.