MASSIVE CONTROVERSY: Two Army Veterans Named In Purported 'letter To President On Politicisation Of Army' Deny Signing It, Former COAS Who Is The First Signatory Terms It 'fake News'

Over 150 Army veterans, including eight former service chiefs, wrote to President Ram Nath Kovind, expressing outrage against the politicisation of the armed forces during the Lok Sabha elections. However, speaking to news agency ANI two veteran signatories of the letter have revealed that they did not sign the letter.

Over 150 Army veterans, including eight former service chiefs, allegedly wrote a letter to President Ram Nath Kovind on April 11, expressing outrage against the politicisation of the armed forces during the Lok Sabha elections. However, two army veteran signatories on Friday have claimed that they did not sign the purported letter, and have termed it 'fake news'.

Former Chief of the Army Staff (COAS) of the Indian Army, General SF Rodrigues, whose name appears as the first signatory in the purported letter written by armed forces veterans to President, denies signing it.

"Don’t know what it (purported letter was written by armed forces veterans to President) is all about. All my life, we've been apolitical. After 42 years of my service as an officer, it's a little late to change. Always put India first. Don’t know who these people are. It is a classic manifestation of fake news," former Punjab Governor General SF Rodrigues said while speaking in the matter.

Furthermore, former Chief of Air Staff of the Indian Air Force, Air Chief Marshal NC Suri, whose name appears on the 8th position stated that the letter is not written by Admiral Ramdas, but has been written by Major Chaudhary, adding that he had been misquoted.

"This is not Admiral Ramdas’ letter (purported letter written by armed forces veterans to President) & it has been done by some Major Chaudhary. He has written this & it was coming on WhatsApp & emails. To put an end to it, I wrote that armed forces are apolitical and support the politically elected government. And no, my consent has not been taken for any such letter. I don’t agree with whatever has been written in that letter. We have been misquoted," Air Chief Marshal NC Suri said. 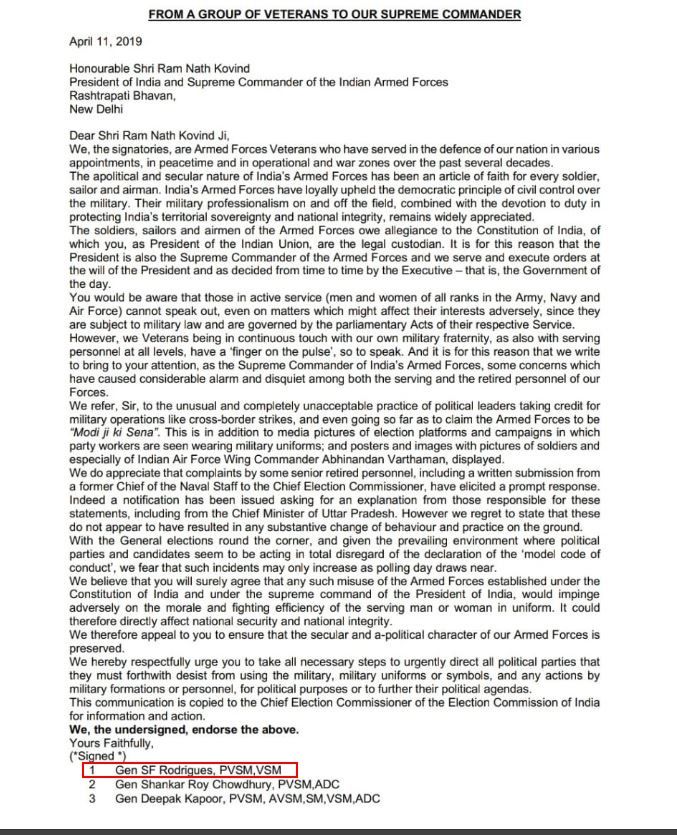 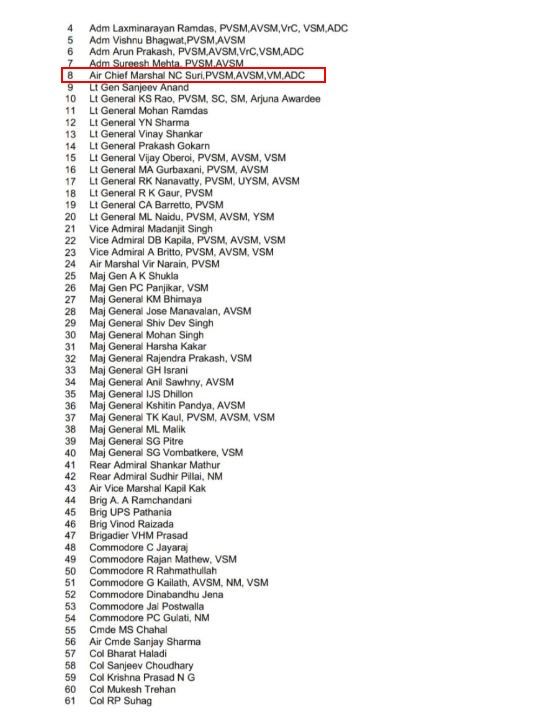 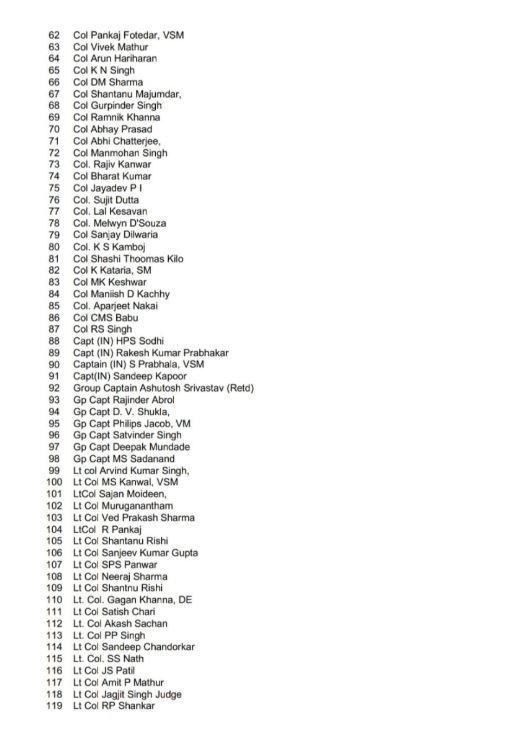 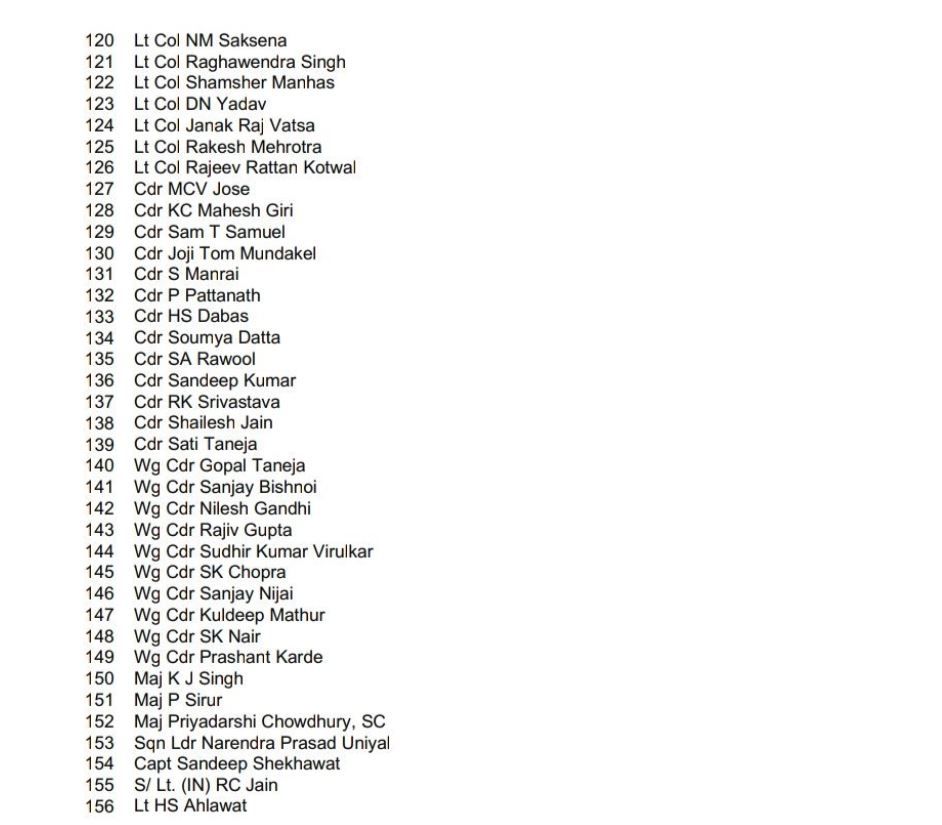 The military veterans said it was a matter of considerable concern and disquiet among both the serving and the retired personnel that the armed forces are being used to pursue political agenda.

"We refer, Sir, to the unusual and completely unacceptable practice of political leaders taking credit for military operations like cross-border strikes and even going so far as to claim the armed forces to be 'Modi ji ki sena'," the veterans wrote.

In the letter, the military veterans also expressed disappointment over the usage of photos of Indian Air Force pilot Abhinandan Varthaman and other soldiers at election campaigns.

The Congress party took to Twitter on Friday highlighting the letter written by the army veterans to the President:

PEOPLE HAVE PLEDGED SO FAR
The first ever black hole to be photographed now has a name. Here's what it is
Sandip Ssingh says that Vivek Oberoi played his actor, director, spotboy and a writer for 'PM Narendra Modi' biopic. Read his full statement
"Every politician should learn from my mother's devotion to Rae Bareli," writes Priyanka Vadra after Sonia Gandhi files nomination papers
Indian-American supporters of BJP organise victory parties across US
UK PM Theresa May sends a message to PM Modi as he storms back to power; latter asserts commitment towards strengthening of ties
The fall of Amethi - why Rahul Gandhi lost?
China keen to work with re-elected PM Modi to further deepen bilateral ties
'Our only loyalty is to the Constitution,' says PM Narendra Modi bowing down to it in the Parliament
DO NOT MISS
KANHAIYA KUMAR'S FIRST RESPONSE
INDIA TO ATTEND PEACE DEAL SIGNING
AMIT SHAH ATTACKS  MAMATA ON CAA
'WON'T BE SILENT' SAYS THUNBERG
'I RECEIVED DEATH THREATS'
AJAY-DEEPIKA-AKSHAY IN TRIPLE CLASH