Under the leadership of PM Modi, the central government has brought positive change in the life of every Indian in the last 5 years. While ensuring accountability, government has worked for the welfare of the public," reads the party manifesto.

Expressing confidence on the fulfilment of the goals for the country ahead of the 75th anniversary of independence in 2022, BJP enlisted 75 promises to help strengthen India and bring about positive change in the life of every Indian.

Read all the 75 milestones here: 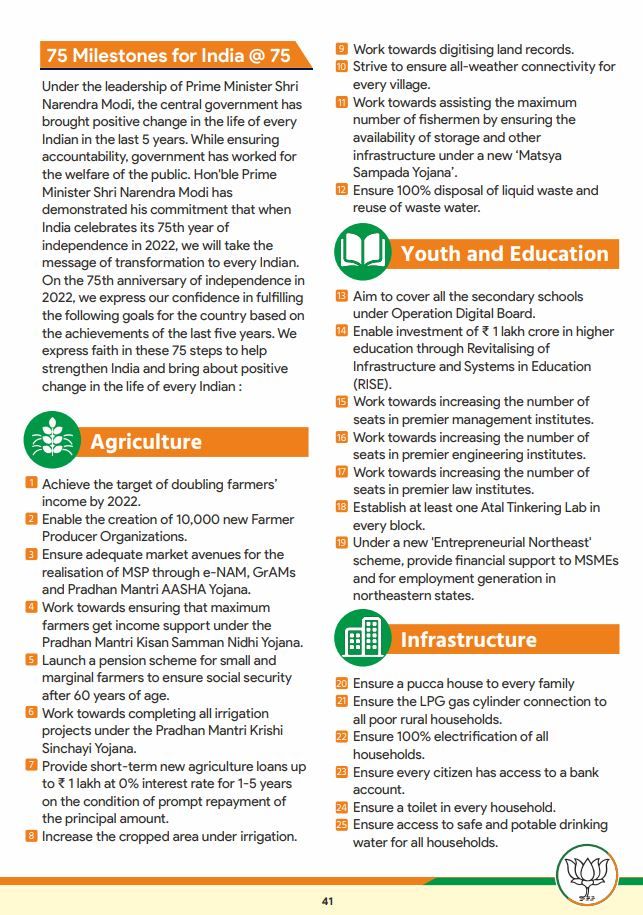 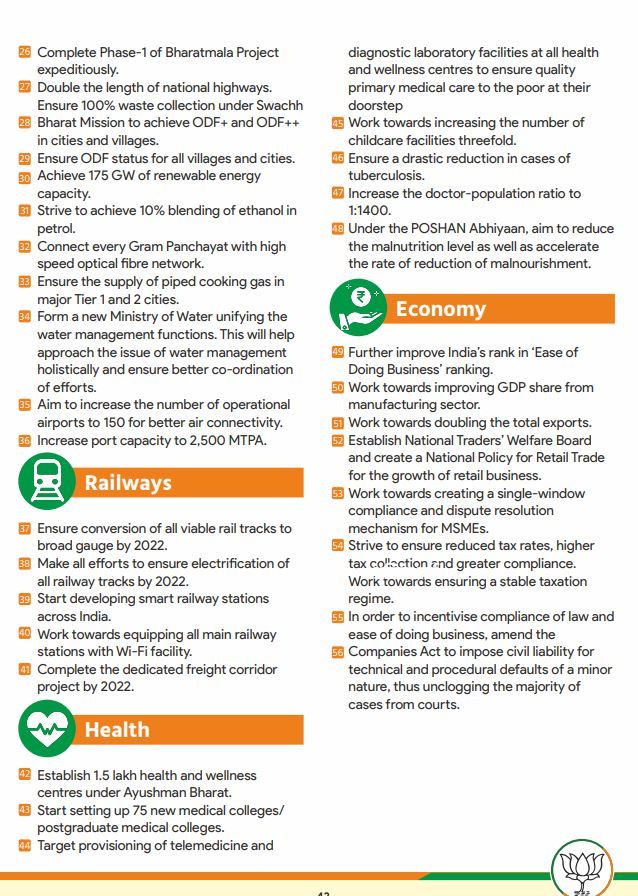