In Chandigarh, the battle is set between the NDA alliance and the UPA alliance for the single Lok Sabha seat, which polled in a single poll phase of the Lok Sabha elections on May 19.

In Chandigarh, the battle is set between the NDA alliance and the UPA alliance for the single Lok Sabha seat, which polled in a single poll phase of the Lok Sabha elections on May 19. 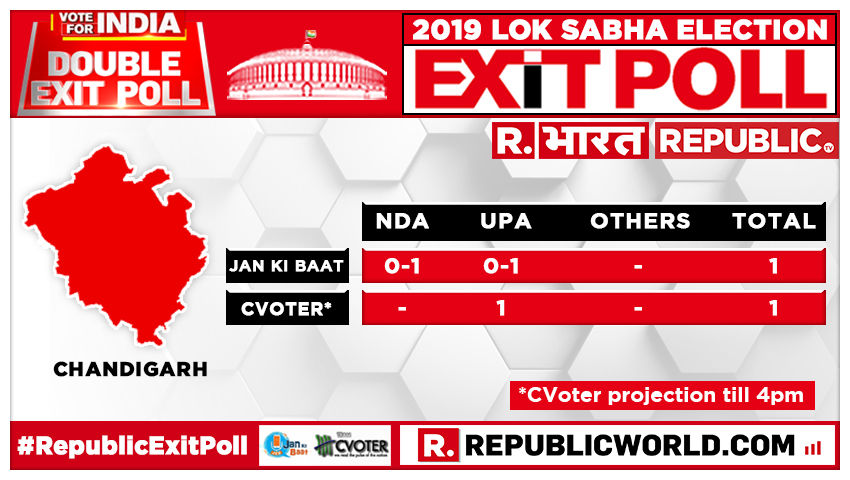 In terms of seats, UPA is projected to win the solitary seat

In terms of the solitary seat, either BJP or Congress can win the seat

The key battle in Chandigarh:

The key candidates in the Chandigarh constituency for Lok Sabha Elections 2019 are sitting MLA Kirron Kher of BJP and Congress' Pawan Kumar Bansal where the issue was a delay in construction of a metro in the city.

Star campaigner Anupam Kher has been in the news for various controversial statements regarding the previous Congress government.

From His Election Results Prediction To The Difference Between Congress-era Trains And Trains Today, Here Are Anupam Kher’s Interesting Answers From His AMA