While India is on the threshold of welcoming a new government, the Republic Media Network has broadcast India's biggest exit poll - the mega double exit poll in collaboration with the country's top pollsters Jan Ki Baat and CVoter 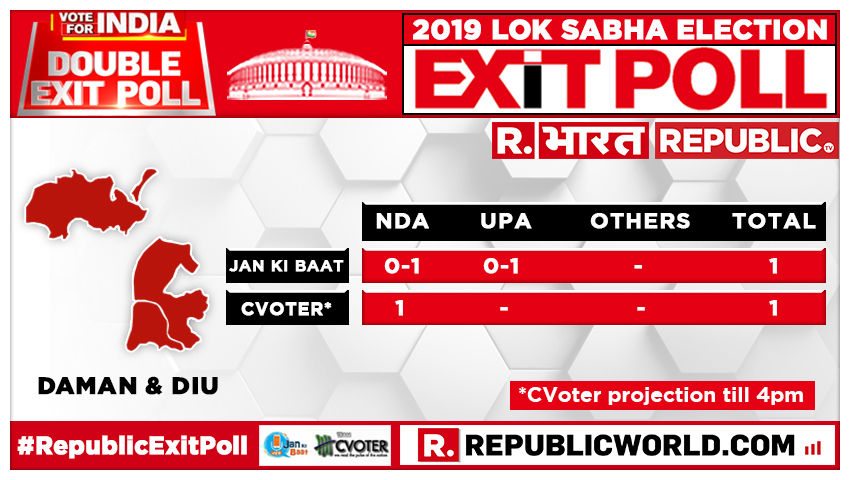 Comprising an area of 112 kilometers, Daman and Diu is a union territory with two distinct regions with Gulf of Khambhat in between them. The total eligible voters in the union territory are 111827 people. Congress and BJP are major players in the political scene of Daman and Diu. In 2009 and 2014 parliamentary elections, BJP won under Lalubhai Patel who was a two time MP from the state. Earlier, in 1999 and 2004 elections, Congress candidate Dhayabhai Patel won and held the seat for two consecutive terms. The voting percentage in 204 General Lok Sabha elections was 78.01 percent.