The visuals show Republic reporter approaching Ahmed Patel with his questions on the ongoing raids. Insulting the reporter, Ahmed Patel threatened him and termed it a 'surveillance'.

Over the past few days, I-T sleuths have been carrying out searches at multiple places in the country on the allegations of tax evasion and hawala transactions during the election season. Among the ones raided by the I-T department include SM Moin, close aide of Ahmed Patel in Delhi and close aides of CM Kamal Nath in Madhya Pradesh.

On Monday, as premises of SM Moin, an employee of Patel, in Delhi's Geeta Colony was being raided by the Income Tax department, Ahmed Patel was seen paying a visit to his residence when I-T sleuths were present there, in order to stop the raid.

Republic TV accessed exclusive pictures Ahmed Patel sitting at the house of the Congress worker, to allegedly prevent the raid. 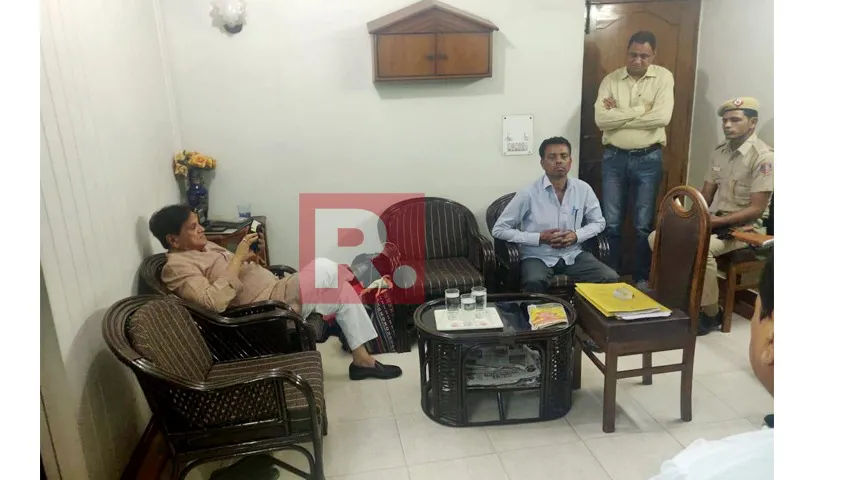 Earlier on Wednesday, Congress president Rahul Gandhi avoided the questions on the Poshan Aahar Scam in Madhya Pradesh and left from the spot, even as he heard the question.

While multiple questions were asked to the Congress chief, he went on to take against PM Modi, but did not respond to the questions on the alleged looting of the funds which was meant for the government schemes by the party's leadership in Madhya Pradesh.

On Tuesday, PM Modi slammed the Congress party over its involvement in corrupt practices days ahead of the elections following which enormous cash stash being recovered from the premises of close aides and relatives of MP CM Kamal Nath.

Highlighting that a Congress leader rushes to the house that was being raided by the I-T department in order to prevent the money from being seized, PM Modi said:

"The evidences are in front of the people. Even a Congress leader went to the raid sight to ensure that his money does not get seized. They started pushing people, and then tried to hide their face."

The Income Tax Department on Sunday launched pre-dawn searches on Sunday on at least 50 locations in Delhi and Madhya Pradesh against people linked to senior Congress leader and state chief minister Kamal Nath on charges of alleged tax evasion.