'Why Are Those Who Have Signed It Silent? It Means There's A Political Lobby': Former MoD Spokesperson Wing Commander Praful Bakshi On Controversial 'veterans' Letter To The President

A massive controversy broke out on Friday over a purported letter wherein 150 Army veterans, including eight former service chiefs, allegedly wrote to President Ram Nath Kovind expressing outrage over 'politicisation of the armed forces during the Lok Sabha polls'

A massive controversy broke out on Friday over a purported letter wherein 150 Army veterans, including eight former service chiefs, allegedly wrote to President Ram Nath Kovind expressing outrage over 'politicisation of the armed forces during the Lok Sabha polls'. Minutes after the letter was picked up by the political mainstream, with the Congress party issuing a news briefing attacking the BJP, numerous former veterans who were named as the letter's signatories denied having any knowledge of it, with some even calling it fake. In an exclusive interview to Republic World, Wing Commander Praful Bakshi (retd.), Ex-Chief spokesperson of Ministry of Defence and Security analyst, has shared his views on the controversy as well as the alleged politicisation of the armed forces.

In light of a former COAS, General SF Rodrigues (retd.), and a former Chief of Air Staff, Air Chief Marshall NC Suri (retd.), denying signing the letter, when asked whether any credibility remained in the document, Wing Commander Bakshi said,

"The letter's credibility lies in the content, and there are officers who are saying that they have signed the letter, so those who have not signed have objected to it, but those have signed, why are they silent about it? It means there is a lobby, that is political in nature."

Elaborating on the alleged politicisation of the armed forces, he said,

"I you ask me, the politicisation of the armed forces started long back. The politicians try to control the armed forces along with the help of bureaucrats, then the fear of the politicians is fuelled by the bureaucrats that the army will take over." He substantiated his point by raising the fake coup story that had done the rounds in 2012, saying, "A recent example is when one writer wrote a piece in a paper that one column of the Army is marching towards Delhi at night on 23rd January, and another column of the Army is marching from Sirsa to overthrow the government. This became the talk of the media in 2012. This is the politicisation of the armed forces that is done to bring them down. It has been going on for a very long time."

Reiterating that the politicians and the bureaucrats are the major culprits in this regard, he said,

"The bureaucrats do it to keep the Army in check. Why do they do it? Because after every subsequent war since 1948, armed forces have been brought in the order of protocols. And the bureaucrats instill the fear among the politicians. Armed forces have no voice, they have no public relations, they are meek and cannot talk because they are in the armed forces, so these people keep watching helplessly."

He also spoke about certain bureaucrats who become turncoats for political favours:

"And some of the bureaucrats, to curry favours out of the politicians, join politics also. So, this sort of thing is going both ways for a very long time. Nobody knows it better than me because I have been the spokesperson of the Ministry of Defence thrice."

READ: MASSIVE CONTROVERSY: Two Army Veterans Named In Purported 'letter To President On Politicisation Of Army' Deny Signing It, Former COAS Who Is The First Signatory Terms It 'fake News'

Adding to that, he said,

"When defence deals take place, politicians are very interested in earning money. Those who have friends in the armed forces carry out all tactics such as putting the file up, hiding the file, etc. All these things keep happening as you're watching."

Speaking on whether parties should apologise for brandishing the letter for their political gains without verifying its authenticity, the Wing Commander said, "If the letter has come to them, filed by some approximately 100 senior armed veterans, out of which few have denied, few have agreed, it means there is something about the letter. If the Congress should apologise or not is another thing, the question is that the matter must be investigated by the CBI or an ombudsman body, formed with people who look after the country, and find out the state of affairs."

Infuriated by the recent turn of events, he asserted,

"Why are the armed forces being forced? Why are the politicians talking like this? There has to be a social investigation. How it's done, depends on the President of India. He can call an investigation as to find out the circumstances in which the armed forces were forced to write a letter like this. Maybe there is a foreign body who gave money to them and force them to write such a letter, there can be so many reasons."

Asked for his thoughts on the Congress manifesto promise of reviewing AFSPA and the Armed forces' deployment in the Kashmir Valley, he said, "If Congress has said that they want to remove AFSPA then they don't know what they are talking about. They are just trying to please the Kashmiri lobby. If they want to remove AFSPA, then create a situation where the Army is never called in. The Army is called in when the governance, logistics fails, and then they have to govern, and they govern beautifully."

He paused and then added, "When armed forces handle everything, they have to be understood."

Speaking on the IAF's Balakot airstrike, he then went on to say:

Here is the letter that was circulated: 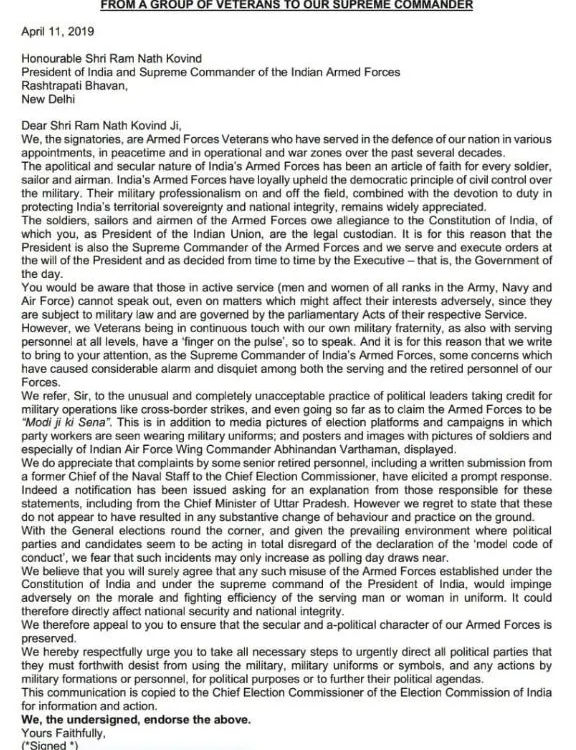 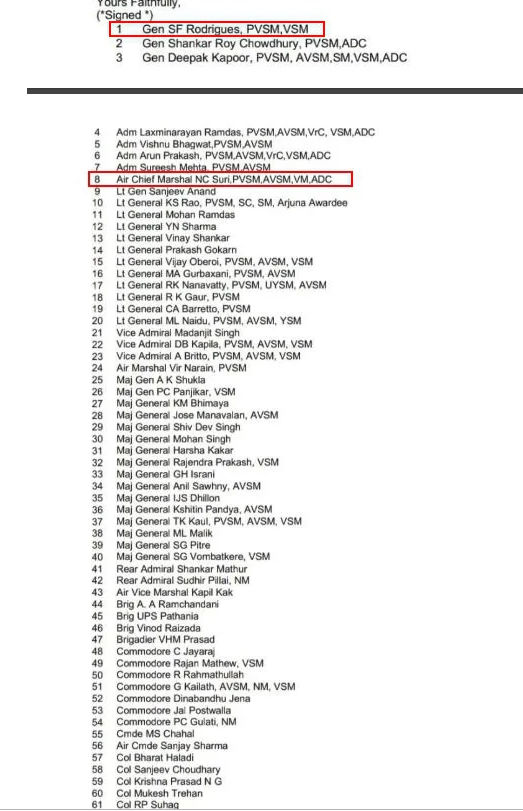 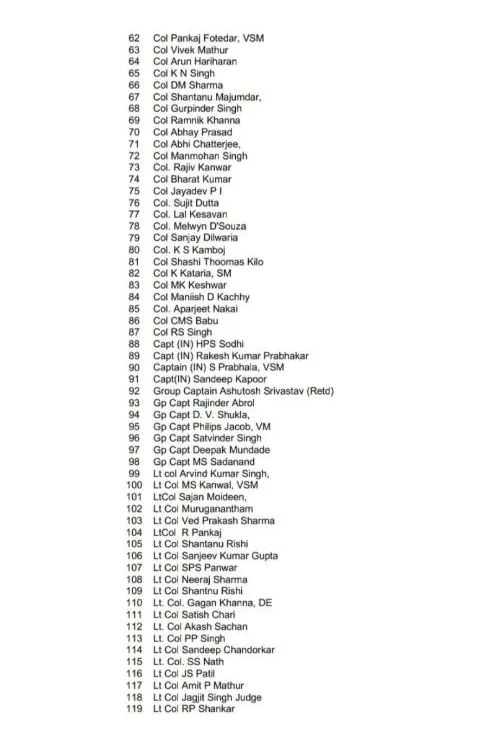 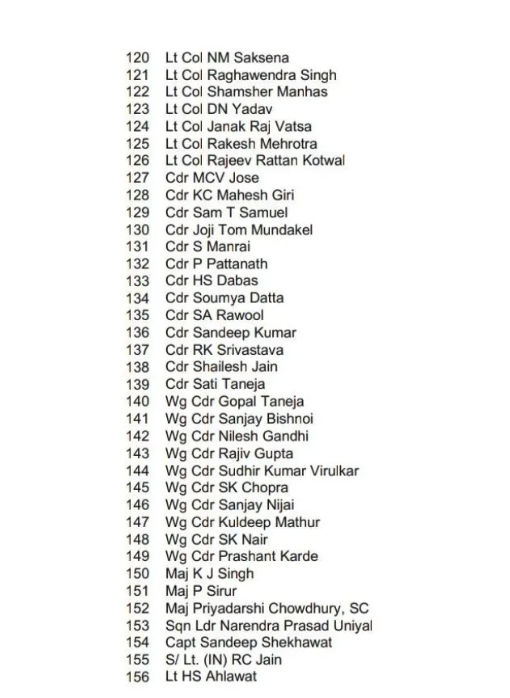