The electoral fortunes of 42 candidates including that of former Chief Minister and Union Minister Shibu Soren was sealed as the last phase of 2019 General elections concluded in Jharkhand. Altogether 45,64,681 electors, including 22,00,119 female and 21 third gender voters are eligible to exercise their franchise, an Election Commission release said. Shibu Soren, an eight-time sitting parliamentarian is in the fray from Dumka seat once again. The JMM leader had defeated his BJP challenger twice in 2009 and 2014. But what will 2019 bring for BJP as far as the state of Jharkhand is concerned?

Here are the projections for the state of Jharkhand:

Now, as per CVoter projections, NDA is projected to win 6 seats in the state, while UPA (JMM-Cong) predicted to gain 8 seats with JMM following behind with 5 seats and INC with 3 seats. However, the political weather in Jharkhand may favour INC with Congress and JMM's alliance concluding with a tally of 8 seats together.

According to Jan Ki Baat projection, the picture of Jharkhand is different. Against all odds, NDA is projected to take lead with 8-9 seats in its kitty with UPA  just reaching a total of 5-6 seats. 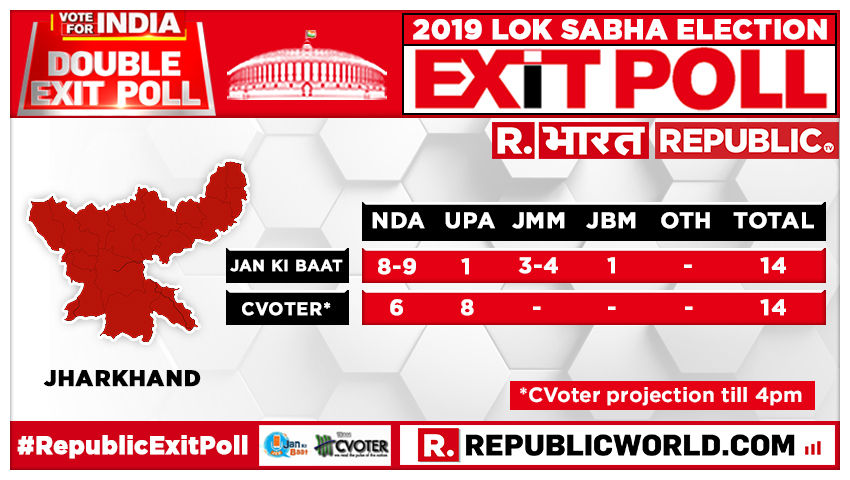 #RepublicExitPoll | Projections for the state of Jharkhand are in, CVoter gives 8 seats to UPA.
Tune in to watch it here - https://t.co/LGCyJUEBn5 pic.twitter.com/UGMBIy8i8X

Here's how Jharkhand voted in the last three elections in the state: 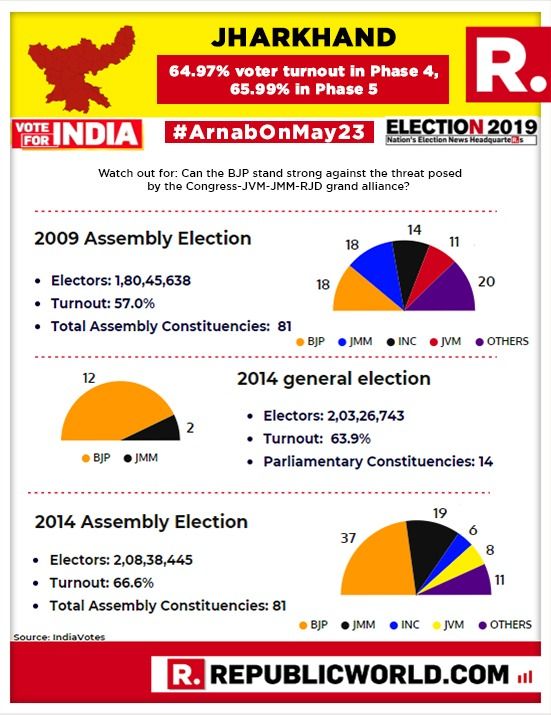