In Kerala, the contest has been between the Left and Congress for the 20 Lok Sabha seats. Both Cvoter and Jan Ki Baat exit polls project that the trend would repeat where the major players remain to be the Congress and the Left parties, with the Congress-led UDF likely to be taking the lead.

In Kerala, the contest has been between the Left and Congress for the 20 Lok Sabha seats. Both Cvoter and Jan Ki Baat exit polls project that the trend would repeat where the major players remain to be the Congress and the Left parties, with the Congress-led UDF likely to be taking the lead. 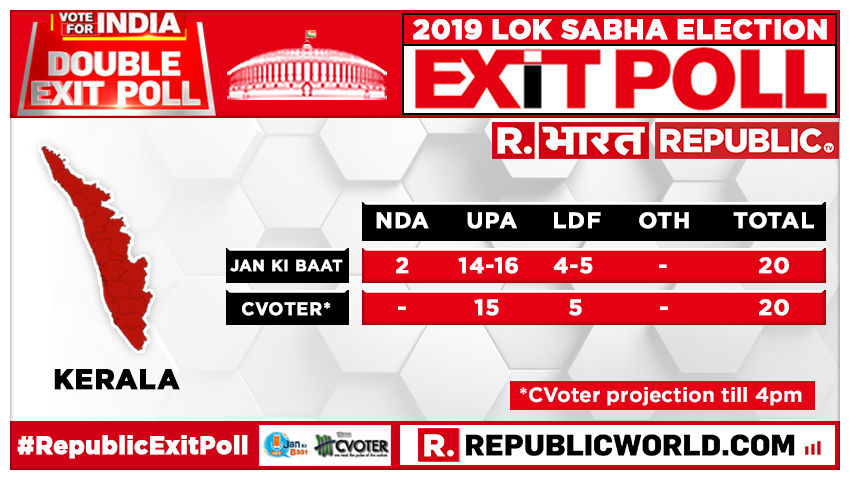 #RepublicExitPoll | Projections for the state of Kerala are in, CVoter gives 15 seats to UPA, Jan Ki Baat gives 14-16 seats to UPA 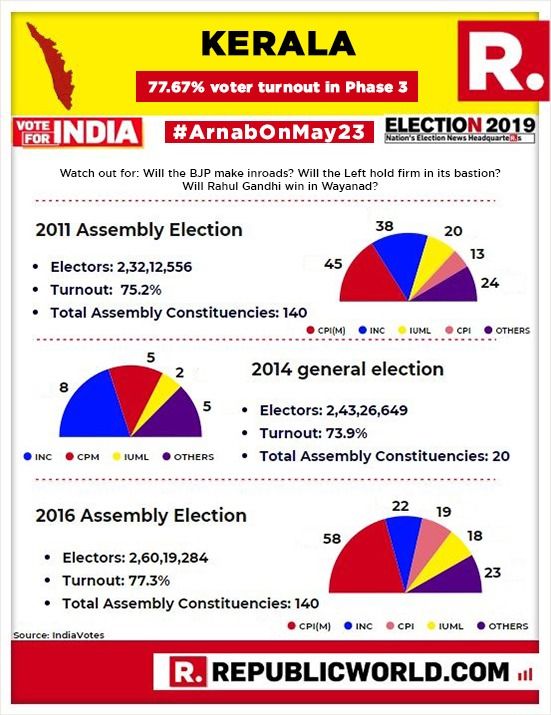 The battle for Kerala:

An important factor here is that Congress' Rahul Gandhi is contesting from Wayanad in Kerala. Another crucial factor to note is that the Congress stood with devotees against the Supreme Court's verdict in the Sabarimala case permitting women aged 10-50 years to offer prayers at the temple for the first time in centuries.