In Lakshadweep, the battle is set between the NDA alliance and the UPA alliance for the single Lok Sabha seat, which polled in a single poll phase of the Lok Sabha elections on April 11.

In Lakshadweep, the battle is set between the NDA alliance and the UPA alliance for the single Lok Sabha seat, which polled in a single poll phase of the Lok Sabha elections on April 11. 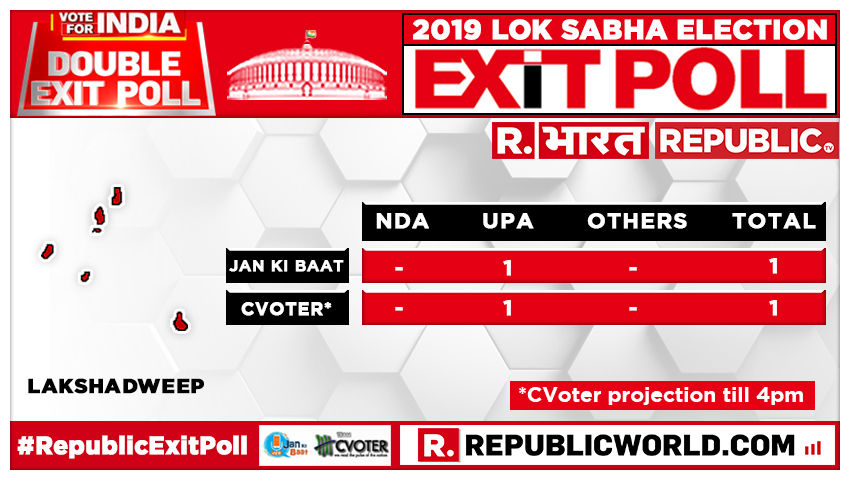 In terms of seats, UPA is projected to win the solitary seat

In terms of the solitary seat, Congress is projected to win the seat

The key battle in Lakshadweep:

The key candidates in the Lakshadweep constituency which is reserved for the Scheduled Tribe community are Mohammed Faizal PP of NCP, Hamdullah Sayeed of Congress and Abdul Khader Haji of BJP.

Lakshadweep Congress came into limelight recently when they posted a picture that showed Rajiv Gandhi talking to few people in Lakshadweep. They claimed that the picture was from 1987 'official trip' after the Prime Minister alleged that former PM Rajiv Gandhi used it as a 'personal taxi' for himself and his in-laws for their vacation at an island in the Lakshadweep archipelago.