Sadhvi Pragya Thakur and Digvijay Singh may be the most bitter rivals who are indulged in a high pitched acrimonious electoral battle, but their supporters do not reflect similar sentiments.

Amid allegations of EVM tampering, the opposition parties in several states are keeping a strong vigil on EVM strong rooms. In these rooms, the voting machines have been kept in high security ahead of the Lok Sabha vote counting on May 23. However, it was a rare scene in Bhopal as BJP candidate Sadhvi Pragya and Congress candidate Digvijaya Singh's poll staff were pictured sitting outside the storage room, sharing light moments and playing Antakshari.

Sadhvi Pragya Thakur and Digvijay Singh may be the most bitter rivals who are indulged in a high pitched acrimonious electoral battle, but their supporters do not reflect similar sentiments. Republic TV has accessed the video in which the polling staff of the two leaders gathered outside the strongroom, where EVMs are locked and started playing Antakshari to kill time.

(Watch in the video above) 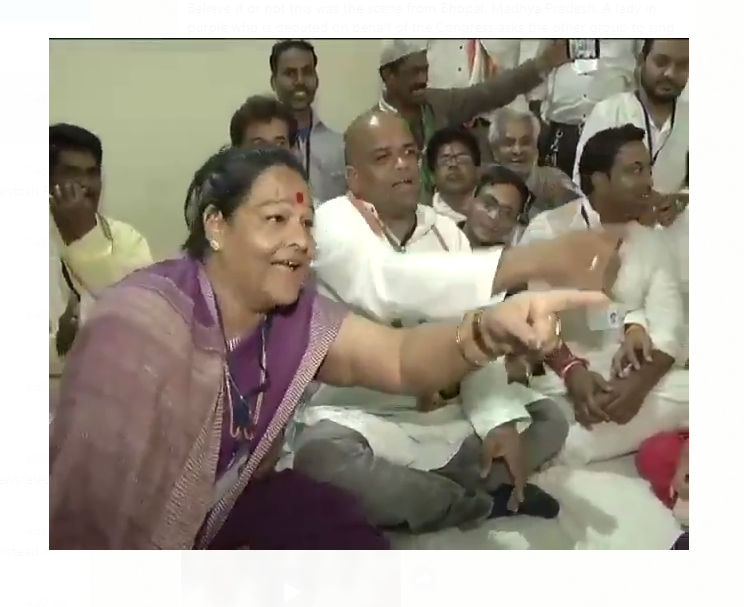 "Nathuram Godse was a 'Deshbhakt', is a 'Deshbhakt' and will remain a 'Deshbhakt'. People calling him a terrorist should instead look within, such people will be given a befitting reply in these elections," Thakur had said.

Hours later, after her statements were condemned across the political spectrum, Sadhvi Pragya issued an apology, calling it her personal opinion.

However, speaking to Republic Media Network's Executive Editor Abhishek Kapoor in his final and most explosive interview of the 2019 Lok Sabha election campaign trail - 49 days after his first election campaign interview with Republic's Editor-in-Chief Arnab Goswami - PM Narendra Modi asserted in no uncertain terms that her statement was highly condemnable and unacceptable and that he would not be able to forgive her despite her apology.