Adding that the appointment came at a 'challenging time', he said that he commits himself to strengthen the roots of the party in the capital city of Maharashtra.

"I will focus on holistic development - with a focus on housing for all, protection to small and medium enterprises and the enrichment of social and communal harmony," he said in the statement.

Lastly, he thanked his predecessor Sanjay Nirupam, who is all set to contest the 2019 elections from Mumbai North-west, wishing him great success in personal and professional life. 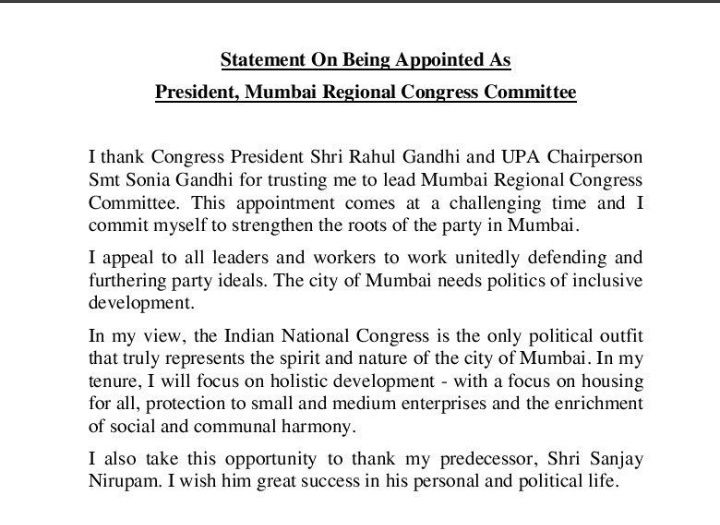 Grateful to Sonia Gandhi ji and @RahulGandhi for giving me the opportunity to lead @INCMumbai. I commit myself to strengthening the party's roots in the city where it was born.

I look forward to working with all party leaders and thank @sanjaynirupam for his years of service. pic.twitter.com/Aw7hiYgk54

The change at the top of the Mumbai Congress comes on the back of months of infighting between the two leaders and their respective camps.