First time in 15 years Naga People's Front, a party that has dominated Nagaland politics has not fielded any candidate in the Lok Sabha polls. Four candidates are in the fray for the one seat in Nagaland, namely former Chief Minister K L Chishi from Congress, sitting MP Tokheho Yepthomi from Nationalist Democratic Progressive Party (NDPP), which is supported by BJP, Hayithung Tungoe from National People's Party (NPP) and M.M Thromwa Konyak of Indian Christian Secular Party (ICSP), who is running as an independent. It is the first time in 15 years that NPF has not backed BJP in the state; and the first time it will support arch-rival’s Congress’s candidate, veteran leader K L Chishi.

Here are the predictions for Nagaland:

As per CVoter and Jan Ki Baat projections, BJP is predicted to retain the sole seat in Nagaland whereas for Congress it is another loss as per the predictions. 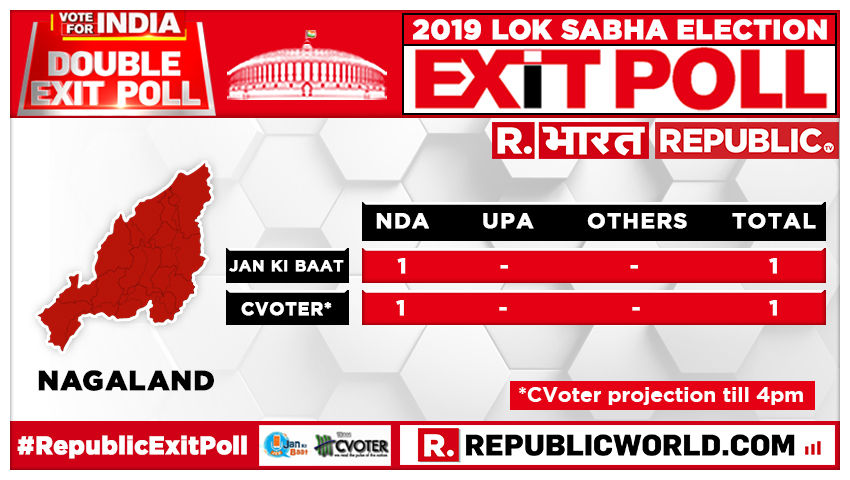 Here's how Nagaland voted in the last three elections in the state:

In the 2014 General Elections, NDA won the sole seat in Nagaland. 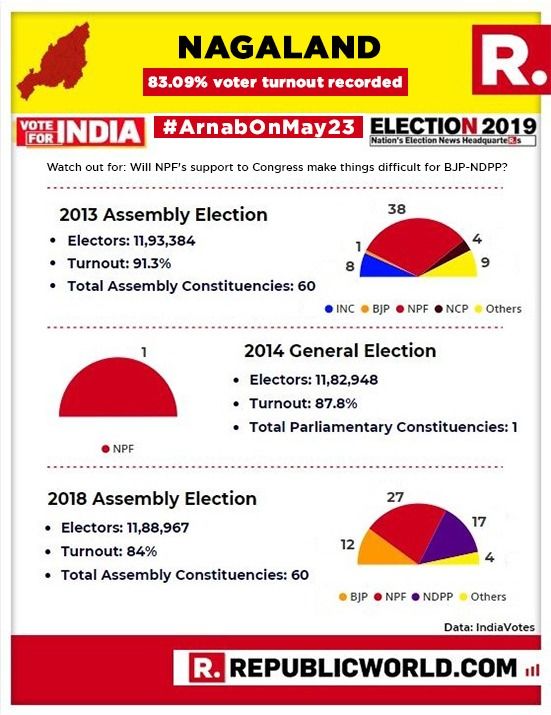